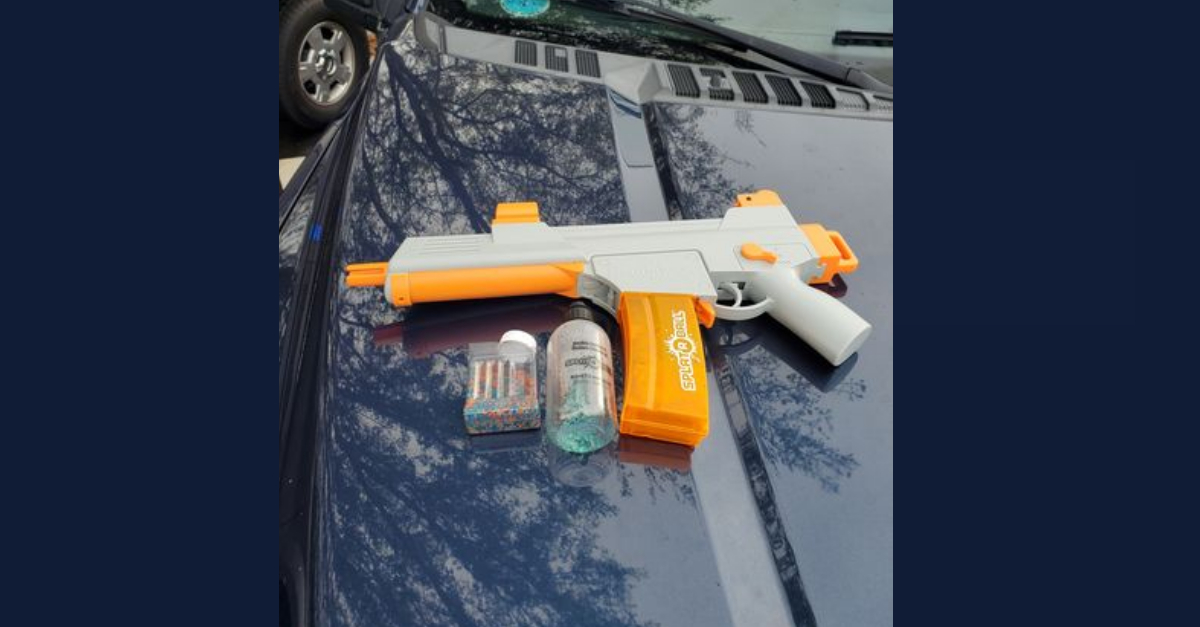 A teenager faces felony charges after allegedly participating in the so-called “Orbeez Challenge” on school grounds this week.

The Volusia County Sheriff’s Office (VCSO) announced that a student at New Smyrna Beach High School fired gel pellets from a toy gun at a faculty member on Monday while driving by in his car. That student, whose name is not being revealed because he is a 17-year-old minor, then posted the video to Snapchat, according to authorities.

After the incident, the faculty member called the VCSO. She informed the responding deputy that she had a pellet lodged up her nose but was otherwise not hurt.

Deputies with the VCSO then spoke to the student the following day at school.

“The 17-year-old said he was horseplaying with the blaster gun he got during spring break and recorded a Snapchat video while shooting at the school employee,” revealed VCSO spokesperson Andrew Gant.

That “horseplay” came with significant consequences for the student. He was charged with battery on a school employee, according to Gant.

The “Orbeez Challenge” has become increasingly popular on social media, particularly among teenagers.

Orbeez are gel pellets that expand in water and, unless frozen, are presumed by many people to be relatively harmless.  The new trend of shooting them at people has caused problems when the gels hit unsuspecting targets in the eyes or at close range, and authorities say they can, indeed, cause more serious injuries than many participants in the challenge are being led to believe.

There is also the issue of the toy gun used to rapidly disperse the pellets.  When suddenly pulled out on a school campus, they can cause a great deal of stress for students and faculty.

The VCSO said that this trend continues to be popular and a big source of concern. Three other teens were arrested last week, said Gant, and there is an ongoing investigation into yet another shooting incident.

The New Smyrna Beach Police Department made it clear to parents that any teenager participating in this challenge would face severe repercussions. A post on the NSBPD Facebook page reads as follows:

Although an “Orbeez” gun is not considered a deadly weapon, firing it at an individual is a CRIME and individuals can and will be held responsible. Parents, do not allow your children to participate in such activities.

If you see such activity going on anywhere in our city please report it to the NSBPD immediately.

The cases are not limited to Florida.  In Alabama, authorities say a Shelby County teenager confessed to driving through a neighborhood and shooting at children.  That teen is now charged with assault, according to a report by newspaper consortium AL.com.

“This is beyond stupid,” Helena, Ala. Police Chief Brad Flynn told reporters.  “You could seriously hurt somebody by doing this type of stuff.”