‘Hey, Your Cats Are Dead’: Indiana Brothers Allegedly Trapped and Shot More Than 20 of Neighbor’s Pet Cats in the Head 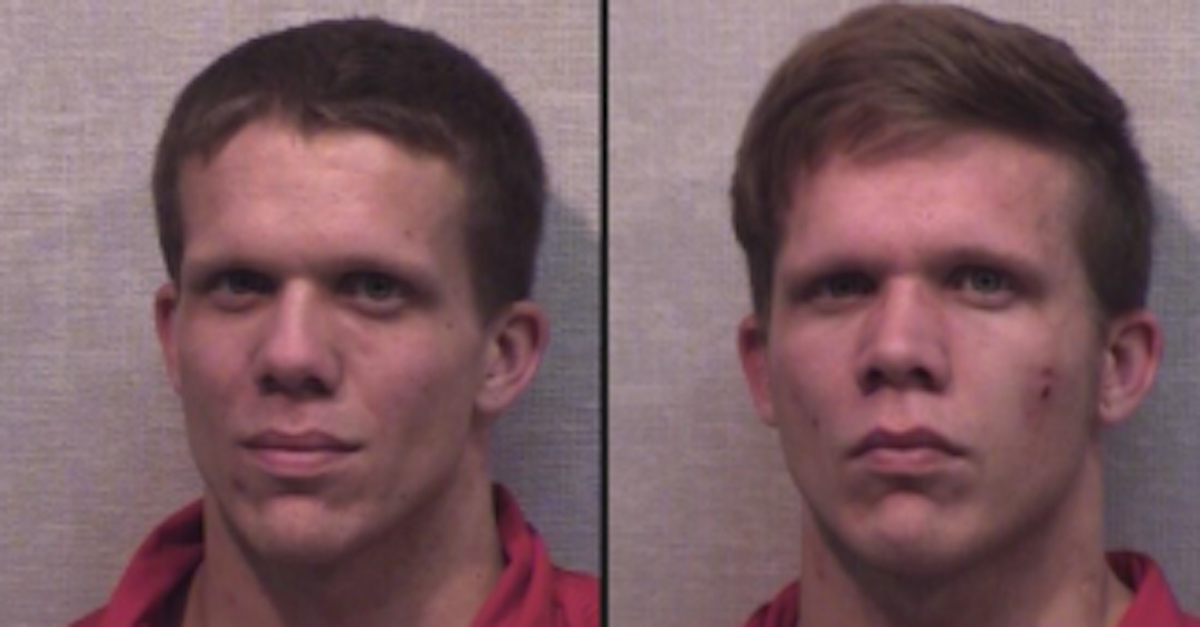 Two brothers in Indiana were arrested and accused of trapping more than 20 of their neighbor’s cats before shooting the animals in the head. Gavin G. Goens and Garth F. Goens, both 28, were taken into custody on Thursday and charged with animal cruelty, the sheriff’s office announced Monday.

According to a press release from Jackson County Sheriff Rick Meyers, the investigation into the brothers began on Jan. 9 when a woman who lives next door to them called 911. The woman, who was not identified by the sheriff’s office, reportedly told the dispatcher that she had been using her cell phone to record an argument between the brothers and another man when the brothers spotted her and allegedly yelled, “Hey, your cats are dead.”

An officer responded to the female neighbor’s home located on South Main Street and then went to the Goens’ residence to question the brothers about the woman’s pet cats. According to Sheriff Meyers, when the officer asked the brothers what happened to the cats, they initially told police that they had recently killed several cats, claiming the animals were feral.

“They said the cats came onto their property and were caught in a trap,” Meyers said in the press release.

In the police report, the officer noted that he saw “numerous wire traps of varying sizes containing some sort of bait” strewn throughout the property. The brothers allegedly admitted that the cats they caught in the wire traps and killed matched the description of the cats owned by the female neighbor. They allegedly said the cats had “been a nuisance.”

Authorities said that the Goens brothers trapped the cats, then killed the animals by shooting them in the head using a 9mm handgun. The pair then allegedly said they buried the cats’ remains in different spots on their own property. In total, the brothers are accused of trapping and killing more than 20 cats that were owned as pets by their female neighbor.

“We take reports of animal cruelty very seriously,” said Sheriff Meyer. “The facts of this case are very disturbing. Nobody has the right to kill or harm a neighbor’s pets.”

In addition to the animal cruelty charges, both Gavin and Garth Goens were charged with one count of possession of marijuana and possession of drug paraphernalia.

The suspects were booked at the Jackson County Jail in Brownstown on Thursday afternoon and released on Monday morning after they both posted bond of $1,505.