‘He Was Vicious About It’: Man Accused of Murdering of Husband and Wife Landlords Execution Style, Setting Kentucky Home on Fire 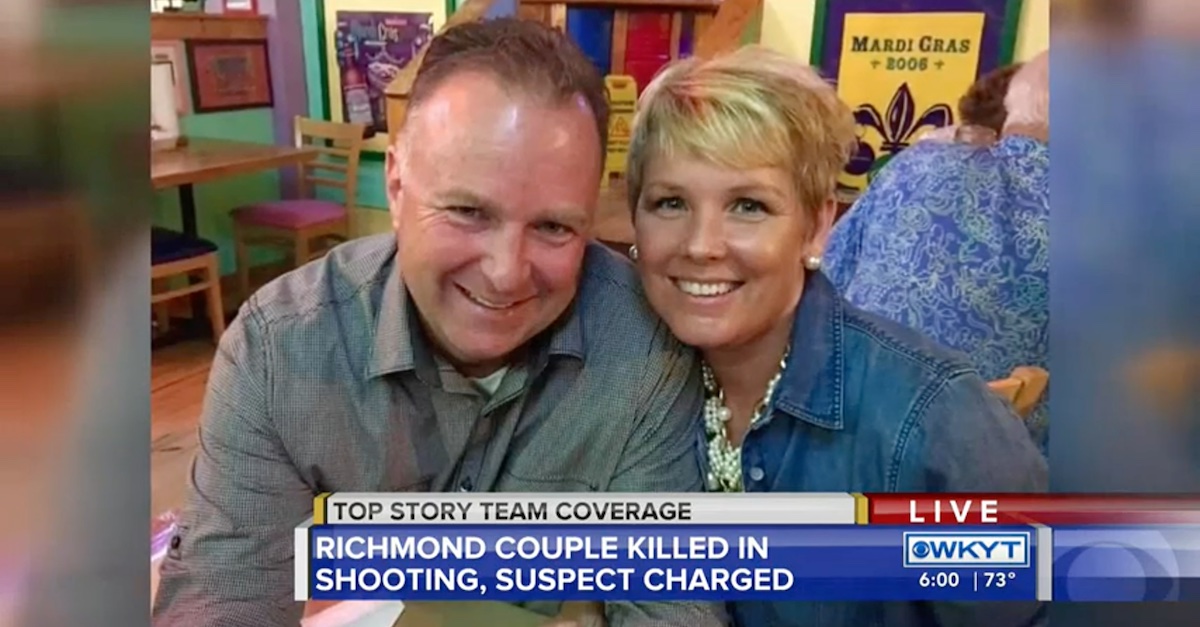 Christopher Hager and Gracie Hager are seen in a screengrab taken from WKYT television.

Police in Richmond, Ky., have arrested a 51-year-old man for allegedly murdering a local couple. Thomas C. Birl, of Cadiz, is accused of killing Christopher and Gracie Hager, 54 and 52 respectively, of Richmond, a city about half an hour south-southeast of Lexington.

Lexington CBS affiliate WKYT said that the shooting occurred Tuesday at about 2:20 in the afternoon and that the Hagers owned the duplex where they died. The Herald-Leader reported that the couple had just bought the property in the 200 block of Keystone Drive in July. NBC affiliate WLEX said the suspected killer lived at the duplex. 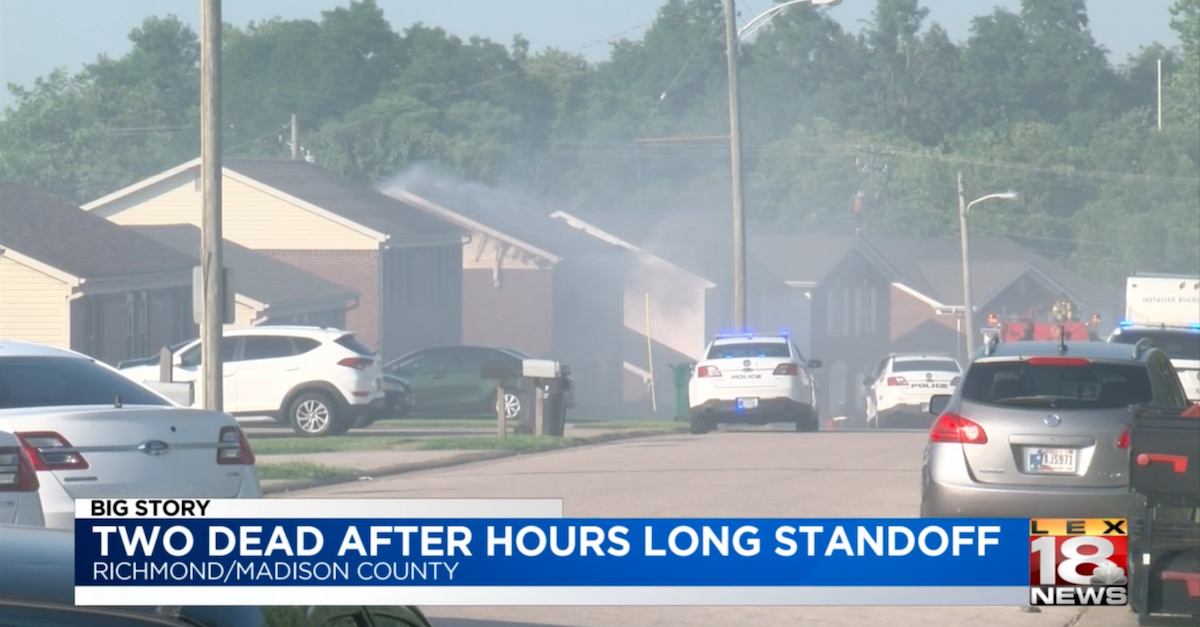 A screengrab from WLEX-TV shows a smoky scene after the suspect allegedly set fire to the property recently purchased by the victims.

The local police department noted in a Facebook post that Birl was taken into custody with some degree of difficulty given the barricade and the subsequent fire:

The police department said it arrested Birl on two counts of murder, one count of first-degree arson, tampering with physical evidence, and first-degree criminal mischief.

Despite the link to the property, the police department said it was unclear whether or why the victims were targeted.

“It is unknown at this time if the victims were familiar with the suspect before their death,” the Facebook post continued. “The preliminary investigation did not indicate the victims were at the residence to serve notice of eviction. The investigation is still underway, and detectives are still processing evidence. As updates become available, we will release the information as soon as possible.” 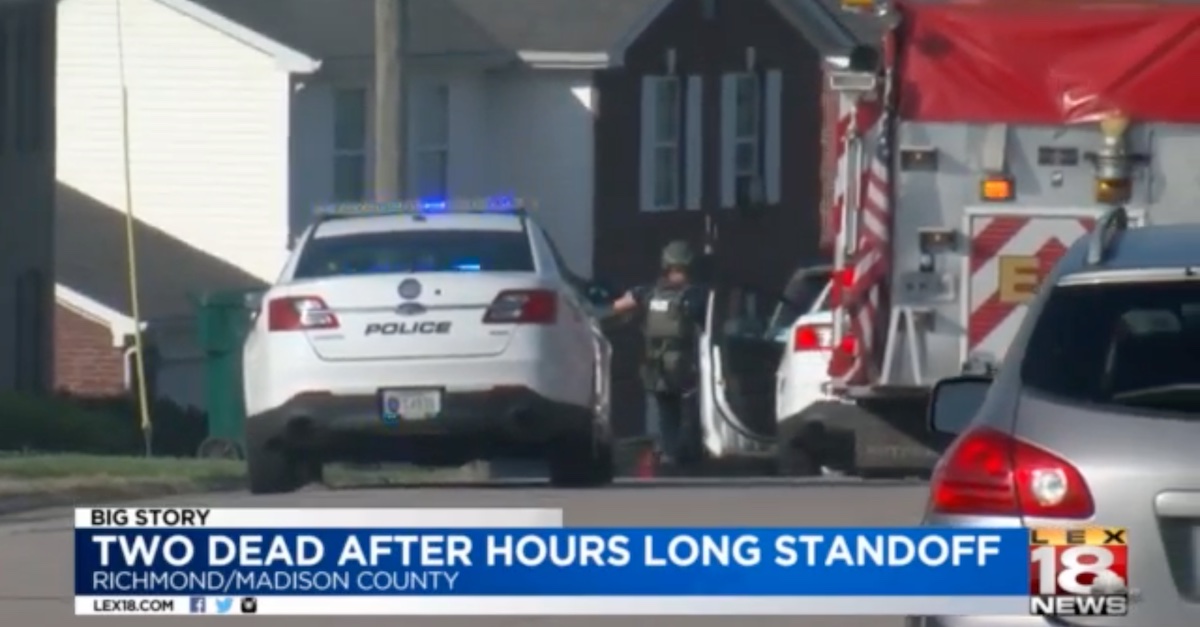 Another screengrab from WLEX-TV shows a police officer outside the crime scene.

Neighbor Deborah Fennell told WKYT that she heard two gunshots, looked outside, and saw Birl blasting away Gracie Hager, who was inside a pickup truck. Christopher Hager had already been shot and was “laying on the concrete” screaming, Fennell said.

Fennell described Birl’s actions as both menacing and fatal.

“He was vicious about it,” Fennell said. “When he was shooting that poor woman, he was taking the gun and pushing at . . . and shooting at the same time . . . like he couldn’t kill her hard enough for something. He was vicious. And he was vicious when he turned around and shot the guy, the last blow that killed him. That completely silenced him.”

The police told the newspaper that the victims’ property was almost an entire loss. It sold recently for $130,000; a friend of the victims calculated the damage at about $100,000.

Heartbreaking. 💔 Loran Baudendistel says she grew up with Chris and Gracie Hager, the Richmond couple whose lives were cut short yesterday.

“They were just so full of love and faith and just everything that Richmond needed out of people.”