‘He Was Trying to Protect That Lady’: Just-Released 911 Call Could Boost Self-Defense Argument in West Virginia Murder Case 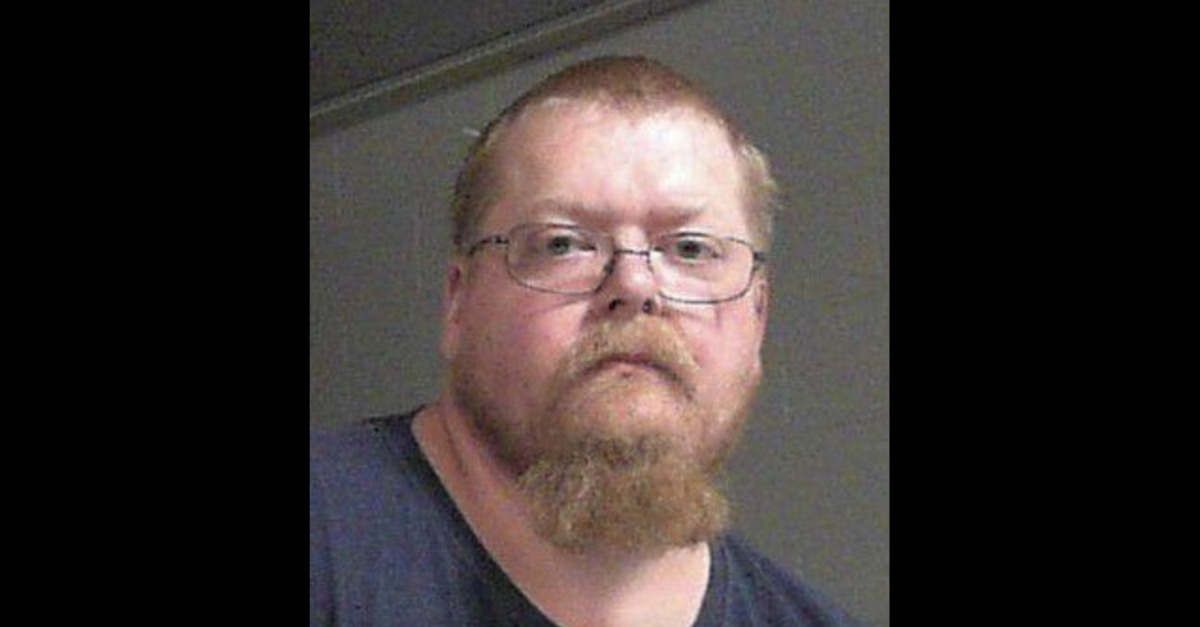 A West Virginia man appears poised to argue that he acted in self-defense when he intervened in a domestic dispute and killed another man at a gas station. A recently-released 911 call could prove instrumental to the defense’s likely theory of the case.

Carl Rose Jr., 39, stands accused of murder in the second degree over the late May shooting death of 54-year-old James Anthony Oldham.

It’s not presently being disputed that Rose shot and killed Oldham.

According to Milton Police Chief Joe Parsons, the incident occurred around 5 p.m. at a GoMart in between Charleston and Huntington, W.V.

Law enforcement claim to have learned that Oldham and his wife were engaged in some sort of a domestic dispute when Rose intervened with a pistol. An altercation between Rose and Oldham ensued. The former shot the latter and Oldham gave chase. Rose, however, allegedly continued firing his weapon and Oldham was shot multiple times in the back, according to local CBS/FOX affiliate WCHS.

Oldham was pronounced dead at the scene by investigators who immediately took Rose into custody and secured his gun from him upon arrest. The next day, after an investigation said to have included a review of surveillance footage from the gas station and other nearby businesses, Rose was charged with second-degree murder and detained in the Western Regional Jail pending trial.

Local NBC affiliate WSAZ obtained the 911 call that originally brought police to the gas station in question. Roses’s defense attorney believes the content of that call augurs well for his client.

In the call, a woman says that she can see Oldham driving his car erratically. The caller expresses concern for the safety of the woman in the car and tells the dispatcher that she’s been following Oldham as he drives off I-64 to the Milton GoMart, according to the outlet.

After taking the exit, the woman said, Oldham began to beat his wife.

“He is hitting–he is hitting her with something and trying to pull her out of the car,” she says. “Yeah, I’m across the road at the Exxon and he’s getting back into his car now. Oh, God! There’s a guy with a gun.”

The 911 dispatcher interrupts to ask what the armed man looks like. The caller answers by briefly describing his hat.

“He, he–he saw–he saw the guy trying to hurt that lady,” the woman on the 911 call continues. “And someone needs to get up here quick. He, he’s trying–he’s trying to protect the lady.”

According to WSAZ, the woman says that Oldham was in Rose’s face at the time the first shots were fired.

Milton Police summarized the incident in the following way in a criminal complaint obtained by Law&Crime:

The 911 repeatedly told dispatch that Rose was acting to defend Oldham’s wife, according to WSAZ.

“The guy–that guy who shot him, I know he was trying to protect that lady because he was hitting her,” she said. “He was throwing [inaudible]. He was hurting her.”

“I really think that’s what happened here,” he told the outlet. “There was no malice, there was no premeditation. It’s a tragedy, but to me, it is not a criminal act. This is not a murder, but it still certainly is a human tragedy.”

Rose was bound over to a county court earlier this week after a magistrate judge found enough probable cause to support a second-degree murder charge.

A plea has yet to be entered in the case.

The right of self-defense typically permits a person to act in defense of others as well. West Virginia case law does not explicitly recognize a self-defense involving third parties, however, the Mountain State’s version of the Castle Doctrine, passed in 2015, anticipates the use of the affirmative defense for the protection of “another” if the person acting violently “reasonably believes that he or she or another is in imminent danger of death or serious bodily harm.”