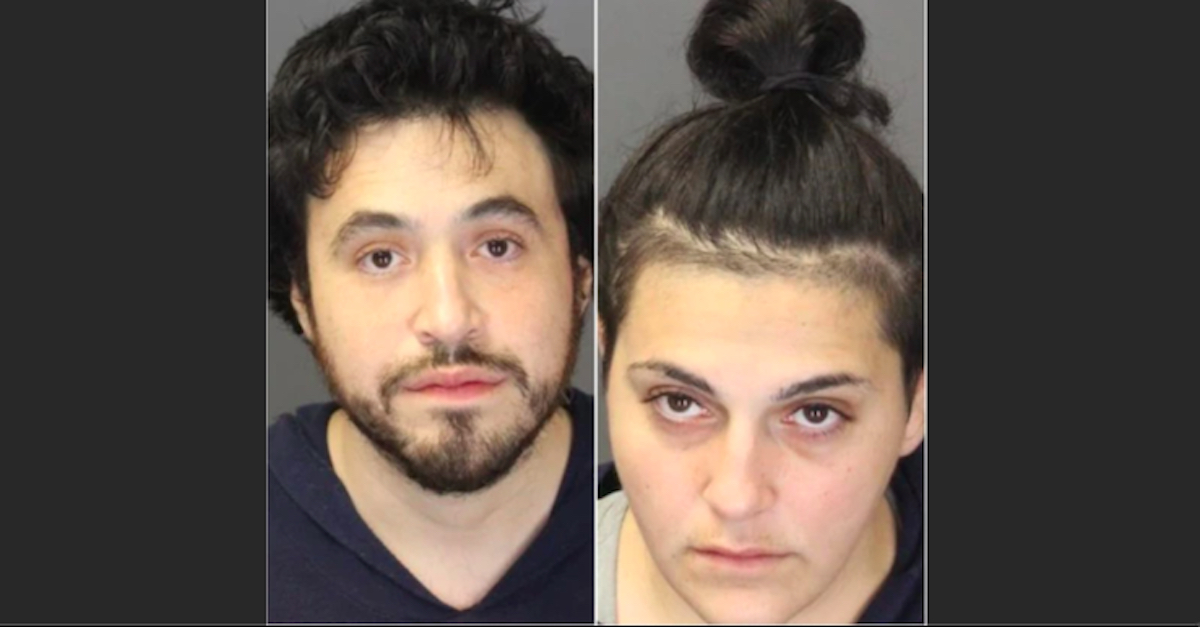 The homeless parents of a Michigan toddler found dead in a Motel 6 room over the weekend were arraigned on Wednesday and charged in the death of their 14-month-old son, who prosecutors said was bruised “from head to toe.”

Officers with the Farmington Police Department said they responded at approximately 5:30 p.m. Sunday to a request for a welfare check at the motel, located on Grand River Avenue. The couple had reportedly been living there for an extended period of time. Relatives made the request after growing concerned about the child’s safety, The Oakland Press reported.

When officers arrived on the scene, they asked where the child was, and the couple reportedly responded that he was no longer with them because they had given him away. After a brief search of the room, the officers reportedly found the child’s body, which the couple allegedly tried to hide underneath blankets

The couple reportedly appeared before Judge Marla Parker at Farmington’s 47th District Court, entering pleas of not guilty through their defense attorney Richard Small. Small told news outlets that he would not comment on the case because the couple had requested court-appointed attorneys, and he was only representing the couple for their arraignment.

During the proceeding, Oakland County Assistant Prosecutor Amy MacGregor said an autopsy conducted by the county medical examiner determined that the child’s cause of death was a “blunt force injury” to the head. She also emphasized that the toddler’s body was “covered from head to toe in bruises including hematoma to the brain” that were allegedly inflicted by Isaias Aurelio Porras, per the Oakland Press. Porras reportedly told police that he hit his son, not Jajou.

MacGregor said Jajou didn’t lift a finger to help her son as he was being viciously beaten before her eyes, according to the paper.

“She did not call 911,” MacGregor reportedly said of Jajou. “She was with the child and didn’t do anything.”

Judge Parker ordered both Porras and Jajou to be held without bond “because of the nature and seriousness of the offense.”

A probable cause hearing was scheduled for Oct. 20 at 9:30 a.m. before District Judge James Brady.

“The Farmington Hills Police Department and our community are heartbroken over this tragic loss and my thoughts and prayers go out to the child’s family,” Police Chief Jeff King said in a statement. “Anyone who has a concern for the safety and well-being of neighbors, friends or family members are strongly urged to contact law enforcement. One of a police officer’s primary duties is the protection of life, by recognizing safety concerns, acting to intervene and ensure the safety of all persons involved.”