‘He Killed My Sister, Her Skull is On the Ground’: Colorado Man Allegedly Killed Girlfriend with Metal Baseball Bat Hours After Engaging in ‘Intimate Biting’ 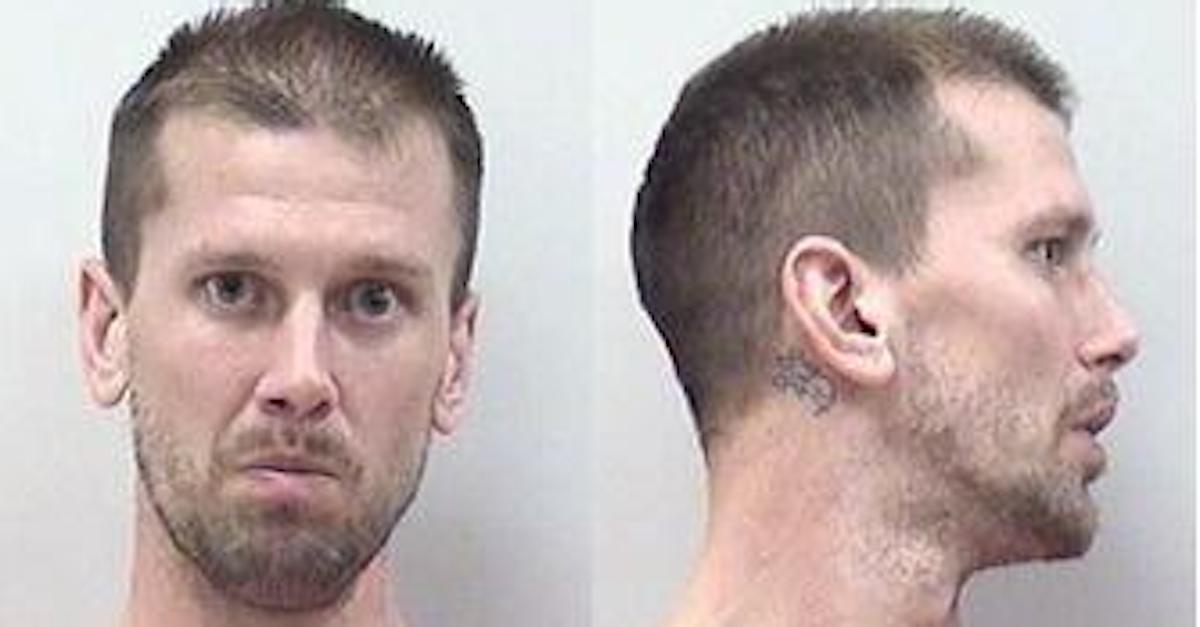 A Colorado man was arrested this week after police say that he beat his girlfriend to death inside her home. Douglas Elton Hawkins, 32, was taken into custody Tuesday after he allegedly “slammed” 41-year-old Daisha Dawn Fry’s head with a metal baseball bat and left her dying on the floor of her bedroom, court documents reviewed by Law&Crime show.

According to a probable cause affidavit, officers with the Colorado Springs Police Department on Feb. 9 at approximately 2:30 a.m. responded to a 911 call reporting a domestic disturbance at a residence located in the 6600 block of Bugle Drive. The caller told the 911 dispatcher that her mother’s boyfriend had “slammed” her with a metal baseball bat and that she was “gushing” blood from her head.

During the call, Fry’s sister, Brittany Charles, could be heard entering the bedroom and telling the 911 dispatcher that medics “need to come right now” because her sister was “bleeding out of her head bad,” per the affidavit.

“Oh my god, he killed my sister, her skull is on the ground” Charles said to the 911 dispatcher.

Upon arriving at the home, first responders discovered a grisly scene inside of Daisha’s basement bedroom. Per the affidavit, Daisha was found lying on her back and appeared to have suffered “significant injuries” that left the right side of her face “disfigured.”

“The right side of Daisha’s face was concaved and covered in blood,” the affidavit states. “Blood spatter was observed on all four walls of the room to include the ceiling. The carpet where Daisha’s head was resting on had been saturated with blood. A blue in color aluminum bat was located on the bed. The barrel end of the bat had what appeared to be blood on it.”

Daisha was pronounced dead on the scene. El Paso County Coroner Dr. Megan Kliesner performed an autopsy the following day and determined that the manner of death was homicide caused by blunt force trauma to the head. Per the affidavit, in addition to the fatal blows on the right side of Daisha’s face, she also sustained two “large lacerations” to the back of her head.

Daisha and her two children had been living with Charles in Colorado Springs for several months prior to her death. Daisha’s daughter, whose name was redacted from the affidavit, told police that on the evening of Feb. 8, she observed her mother and her mother’s boyfriend fighting in her mother’s bedroom. The daughter identified her mother’s boyfriend as Douglas Hawkins and explained that the two had a long-running and tumultuous history dating back to when the family lived in Spokane, Washington. The daughter told police that Hawkins had been abusive in the past and had been going by the name “Kyle” since moving to Colorado Springs. That was allegedly because Daisha’s sister would not approve of Daisha dating Hawkins.

Daisha’s daughter said the argument she witnessed was brief and that soon after it ended, Hawkins and her mother “began to kiss and touch one another” and engaged in “intimate biting,” per the affidavit.

At approximately 2:20 a.m., the daughter told police she heard a “banging noise” coming from her mother’s room, which she described as “the sound of metal hitting something.” When she tried to enter the room, she said the door had been jammed shut. She then forced her way into the room and found her mother with blood “gushing” from her head, telling police “blood was everywhere” — including on the walls and ceiling.

Hawkins had allegedly fled the scene by exiting the home through a bedroom window, the daughter told police. She said he regularly used the window to enter and exit the home to prevent Charles, the sister, from knowing he was there.

Police obtained an arrest warrant for Hawkins on Feb. 11. He turned himself in to authorities on Feb. 15 and was charged with first-degree murder. He is being held at the El Paso County Jail without bond. His first appearance before a judge is scheduled for Feb. 23, online records show.