Harvard-Educated U.S. Marine Sentenced After Pleading No Contest to Raping Victim in California Kidnapping Police Once Called a Hoax 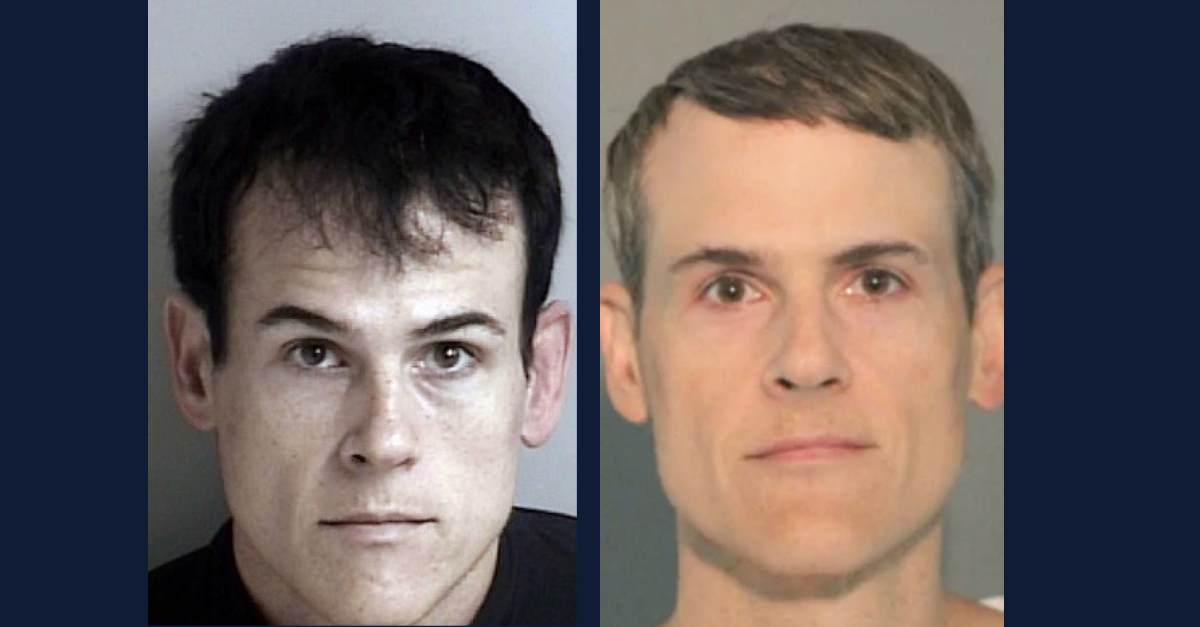 Matthew Muller (left in 2015, right in 2019 via Solano County Sheriff’s Office images) agreed to a plea deal in his state case.

The Harvard-educated Marine already serving a 40-year sentence for the 2015 kidnapping of a California woman was sentenced to 31 years behind bars on Friday.

Matthew Muller, 45,  entered a plea of no contest to two counts of forcible rape, robbery, burglary, and false imprisonment in Solano County Superior Court on Friday, as part of a deal with prosecutors.

The Solano County District Attorney’s Office tells Law&Crime that Muller’s 31-year sentence will run concurrent with the 40-year sentence he received in 2017 on federal charges.

The newer state charges stem from the 2015 kidnapping of Denise Huskins, who authorities say was abducted from her boyfriend’s home. She was then held captive by a group of men and sexually assaulted while her boyfriend Aaron Quinn was forced to make payments to ensure her safe return.

That abduction happened even though the man kidnapping Huskins had misidentified her as Quinn’s former fiancée. According to court filings, that woman was the abductor’s intended target.

Soon after Huskins was released by her captor, the Vallejo Police Department publicly and incorrectly announced that the kidnapping was all a hoax. Huskins and Quinn eventually won a $2.5 million settlement from the Vallejo Police.

Muller meanwhile was arrested and charged with both federal and state crimes.

The former lawyer and Harvard professor defendant — who is bipolar and said to be dealing with paranoia and psychotic episodes, according to court filings — represented himself in his current case.

That made for a tense preliminary hearing back in February 2019, when Huskins was forced to come face-to-face with her alleged rapist. Muller opted not to cross-examine her or Quinn during the proceedings, and a judge found enough evidence for Muller to stand trial.

The kidnapping details were first revealed in the criminal complaint filed by federal prosecutors, with Huskins and Quinn refusing to speak publicly about the case until after Muller’s conviction on federal charges in 2017.

The complaint states that Muller allegedly broke into Quinn’s house and put headphones and ski goggles covered in black cloth on the couple.

Quinn was also given headphones with a prerecorded message telling him that this was a “professional group there to collect financial debts, that they were going to take [his ex-fiancee], that there would be cameras placed in his home to monitor him, and that he would be confined to his living room, kitchen, and bathroom, where he would await further details.”

The recording then said that Quinn needed to give the kidnappers money for the safe return of Huskins. He was also asked to provide computer passwords and bank information to the abductor, according to the complaint.

Quinn was soon passed out from a drug he was ordered to take.  It was described as “1/4 of a bottle of Diazepam and NyQuil.”

When he awoke, he called a bother in law enforcement who urged him to contact authorities. Quinn was grilled by police and the FBI in lengthy and accusatory sessions until Huskins was returned to her hometown of Huntington Beach two days later, according to the complaint. 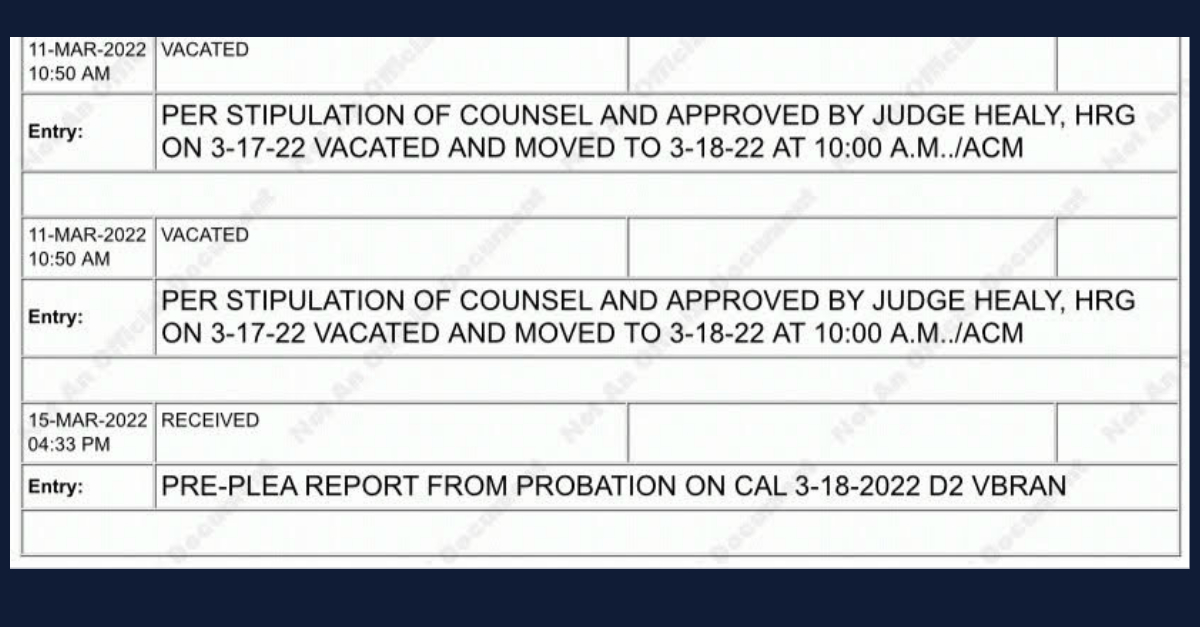 Muller was set to enter a no contest plea on Friday (court records above).

Huskins meanwhile told authorities that she was held captive by multiple men, according to the complaint. Muller has acknowledged having accomplices but never publicly named any of those individuals.

After being drugged and put in the trunk of a car, Huskins was taken to a home where she stayed in a room with boarded-up windows for two days.

A zip tie and bike lock were used to tie her to a bed, where on two occasions she was raped according to the complaint.

She was returned to her hometown of Huntington Beach the morning of March 25. That evening, the Vallejo Police Department declared the kidnapping a hoax.

It was her captor who eventually came to her defense.  A man believed to be Muller sent two lengthy manifestos to a San Francisco Chronicle reporter — letters that were included in full in the criminal complaint.

Then, after months of public ridicule, a detective in another case similar to what happened to Huskins and Quinn found a cell phone that was left behind at the scene. That cell phone belonged to Muller.

The FBI then got access to Muller’s car and issued an arrest warrant after finding a pair of swim goggles in his car that had long blonde hair attached to them — Huskins’ long blond hair, to be more specific.

Charges followed soon after, and the conclusion of the state trial marks the end of a long ordeal for the victims.

As for the Vallejo Police, they finally issued an apology to the couple in 2021.

“What happened to Ms. Huskins and Mr. Quinn is horrific and evil,” said Chief Shawny Williams. “As the new Chief of Police, I am committed to ensuring survivors are given compassionate service with dignity and respect. Although I was not chief in 2015 when this incident occurred, I would like to apologize to Ms. Huskins and Mr. Quinn for how they were treated during this ordeal.”

Read the federal criminal complaint below.