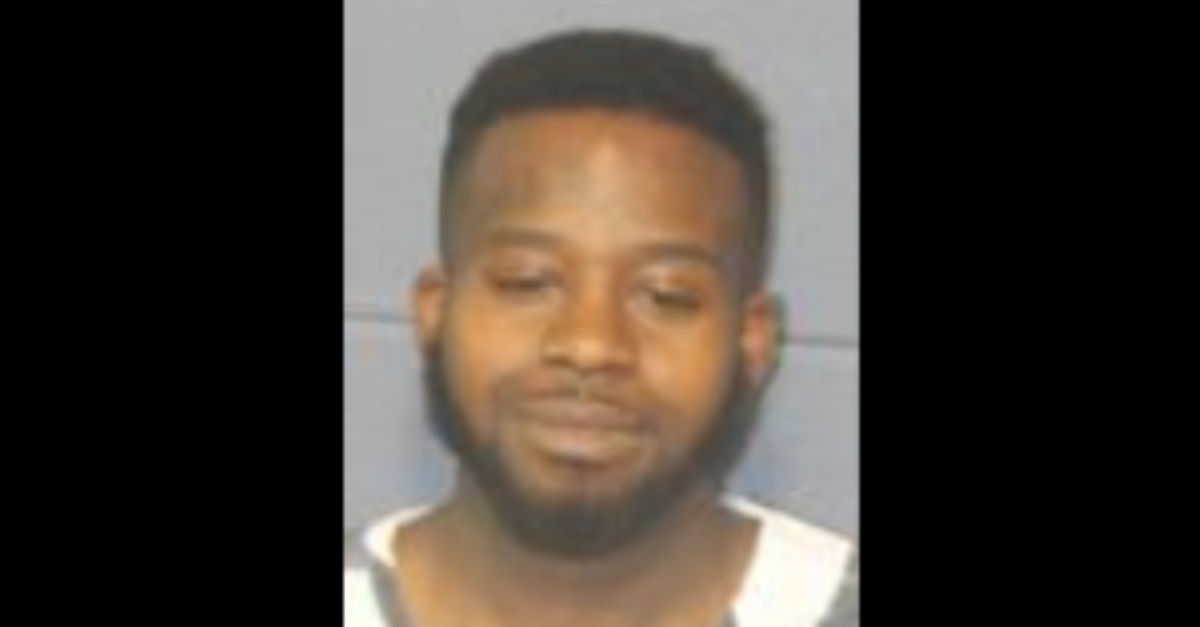 Still wearing a tuxedo, a newly married groom shot a man he believed was having an affair with his bride, according to a sheriff in Louisiana.

Devin Jose Jones, 30, was arrested Sunday. The story is that he was sitting in a traffic jam with the new bride and a friend of hers. This trip home after the wedding eventually got derailed, however.

I-10 West is closed at mile post 210 on the (Bonnet Carre Spillway Bridge) due to an accident. Use alternate route. Congestion has reached 1 mile.

Jones accused them of having an affair, said Sheriff Mike Tregre of St. John the Baptist Parish, according to The New Orleans Advocate. The situation allegedly escalated to Jones arming himself with a gun and chasing his wife’s male friend out the car.

He shot the man in the leg, Sheriff Tregre said. That’s not all. A driver in a nearby vehicle was also struck in the hand. Meanwhile, the new bride ran to first responders helping the victims in an unrelated crash. They let her stay in the ambulance, and investigators allegedly found Jones trying to get to her.

The woman’s friend and the aforementioned injured driver were airlifted to a hospital. Tregre described alcohol as a contributing factor in the incident.

“I’m just glad nobody got killed,” said Tregre. “It was a very unusual night last night … in the top 10 of my years.”

Jones faces a count each of attempted second degree murder, aggravated second-degree battery, and illegal use of weapon or dangerous instrumentalities, and two counts of aggravated criminal damage to property. It is unclear if he has an attorney in this matter.