4-Year-Old Girl Died Because Grandmother Forced Her to Drink Bottle of Whiskey While Mother Did Nothing to Stop It: Cops 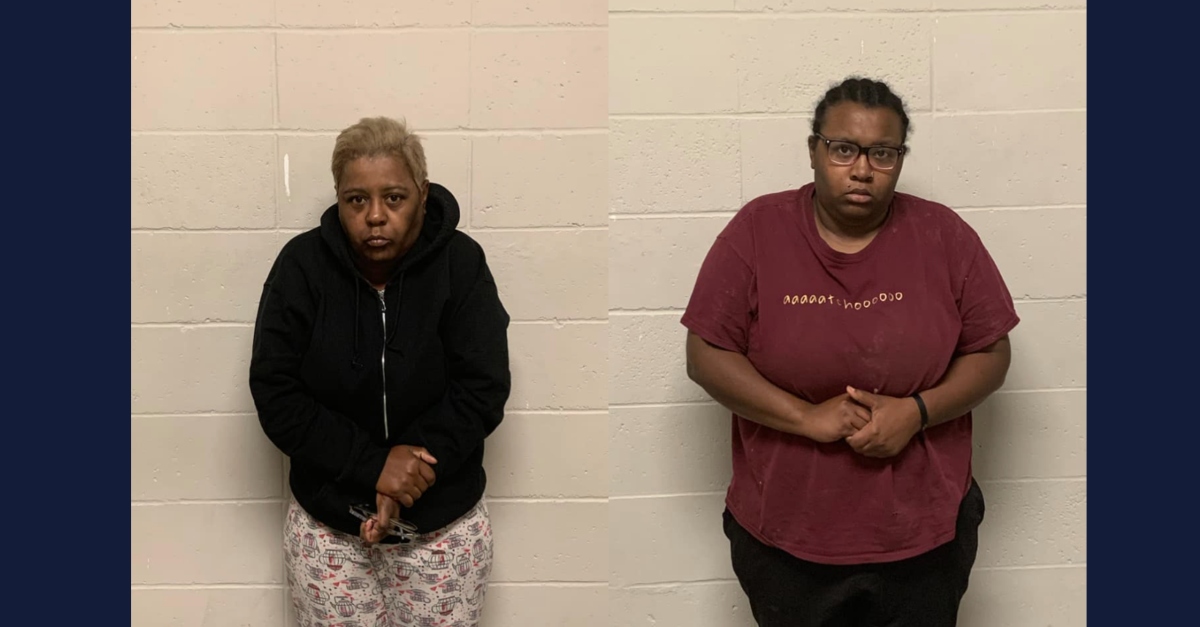 A grandmother allegedly forced a 4-year-old girl to finish a bottle of whiskey while the mother did nothing to stop it. Victim China Record, 4, died at the scene, the Baton Rouge Police Department announced on Friday. Her grandmother Roxanne Record, 53, and mother Kadjah Record, 28, were arrested for first-degree murder, officers said.

Cops were dispatched to 12824 Wallis St. on Thursday around 10:50 a.m. about an unresponsive child, according to the official version of events.

“During the course of the investigation detectives learned that the [victim’s] grandmother forced her to consume a bottle of alcohol (Whiskey) while the mother watched,” cops said.

Officers said they believed that this is what killed China. She had a blood alcohol content of .680, they said. The BAC limit in Louisiana–for adults who drive with alcohol in their system–is 0.08.

“It’s not like you gave a sip of wine,” one neighbor who requested anonymity told WBRZ. “What did you think it would do to her? One shot would knock me out, and I’m in my late 30s. Imagine what it’s doing to a 4-year-old.”

Officers arrived at the scene as firefighters and EMS were trying to save China, said the arrest warrant on Roxanne Record, according to WAFB.

Roxanne and Kadjah Record were allegedly angry in the first place because the child might have drunk some of the whiskey from the counter. Roxanne Record allegedly made China drink the rest of it while the girl was on her knees in the hallway. It might have been more than half full, officers said.

Kadjah Record allegedly failed to stop it. According to cops, she told them that she saw her mother leave the kitchen with the liquor and that the bottle was empty on her mother’s return. Kadjah said she saw her daughter unresponsive, they said. Officers claimed, however, that she gave inconsistent statements.

Roxanne Record allegedly said she “wanted to take full responsibility.” She allegedly acknowledged that “she messed up,” that “this went too far,” and “she ruined everyone’s lives.”

The Louisiana Department of Children & Family Services essentially declined to comment on the specifics of the case.

“We are devastated to hear the news of this child’s death,” the agency said in a statement obtained by the outlet. “However, state law prevents our department from commenting on, or even acknowledging the existence of, a potential investigation of abuse or neglect involving a child. If there is an investigation, state laws make the entire process – from report to investigation to outcome – confidential.”