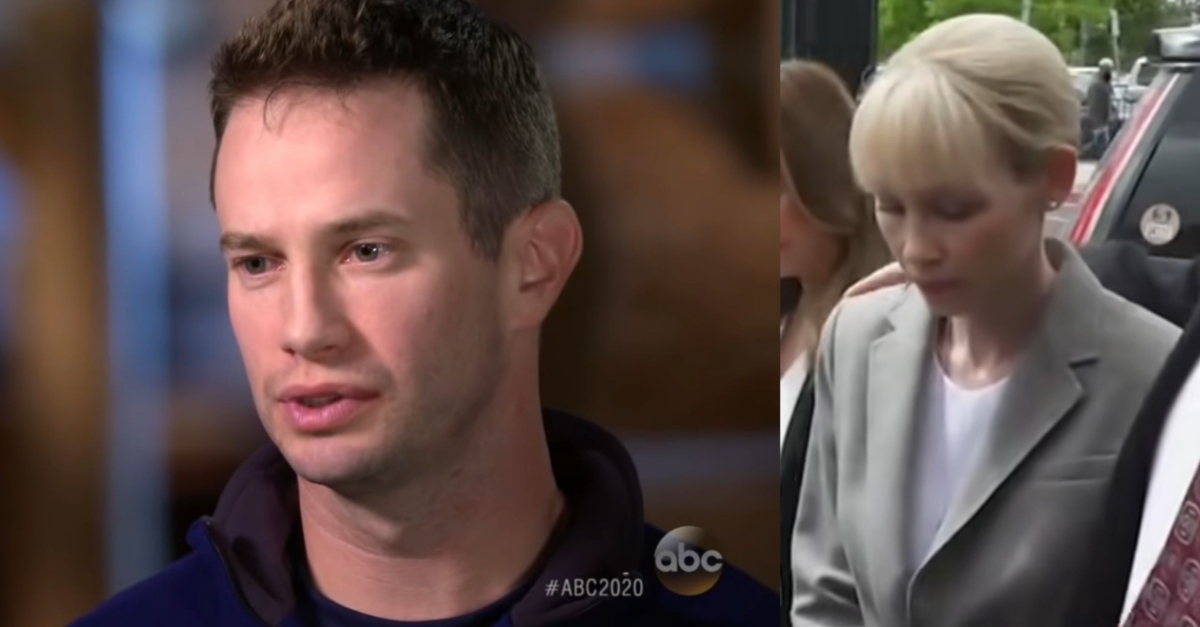 Keith Papini spoke on behalf of his wife Sherri Papini after she returned from her apparently harrowing disappearance in 2016, but he is now dumping her after she admitted to staging it as a kidnapping. He filed for divorce on Wednesday in Shasta County, California, according to KRCR.

Keith Papini cited that staged kidnapping–and the negative publicity–as the reason he wants to end the marriage and take sole custody with supervised visitation.

“I am asking the court help protect my children from the negative impact of their mother’s notoriety,” he reportedly wrote.

Their children learned their mother lied to them and “they are having a hard time dealing with” this,” he wrote.

The Papini children are 7- and 9-years-old, according to Good Morning America.

The filing happened two days after Sherri Papini, now 39, pleaded guilty in federal court to staging her disappearance. She admitted in court documents that she reached out to an ex-boyfriend to help, and that she stayed with him for three weeks in November 2016.

Sherri Papini originally asserted that two Hispanic women abducted and tortured her. Her purported kidnappers beat, starved, and branded her in a basement. She reportedly weighed only 87 pounds on her return.

Keith Papini publicly spoke on her behalf, telling Good Morning America in 2016 that she had been chained with a bag over her head. At the time, he said when the kidnappers let Sherri go, they forced her out of a vehicle but left chains on her.

Shasta County’s then-Sheriff Tom Bosenko voiced concern at the time that Keith’s public statements “could affect the integrity of the investigation.”

Now prosecutors said Sherri Papini did those injuries to herself.

The FBI said they confronted her on Aug. 13, 2020 with the claim that her ex-boyfriend said she was with him during her entire disappearance.

According to the complaint, she denied wrongdoing, though once her husband left the interview room, she admitted she did speak to the man “a little bit before” over her work phone.

“I am deeply ashamed of myself for my behavior and so sorry for the pain I’ve caused my family, my friends, all the good people who needlessly suffered because of my story and those who worked so hard to try to help me,” Sherri Papini said ahead of her guilty plea in a statement released through her attorney to CNN and the Sacramento Bee. “I will work the rest of my life to make amends for what I have done.”