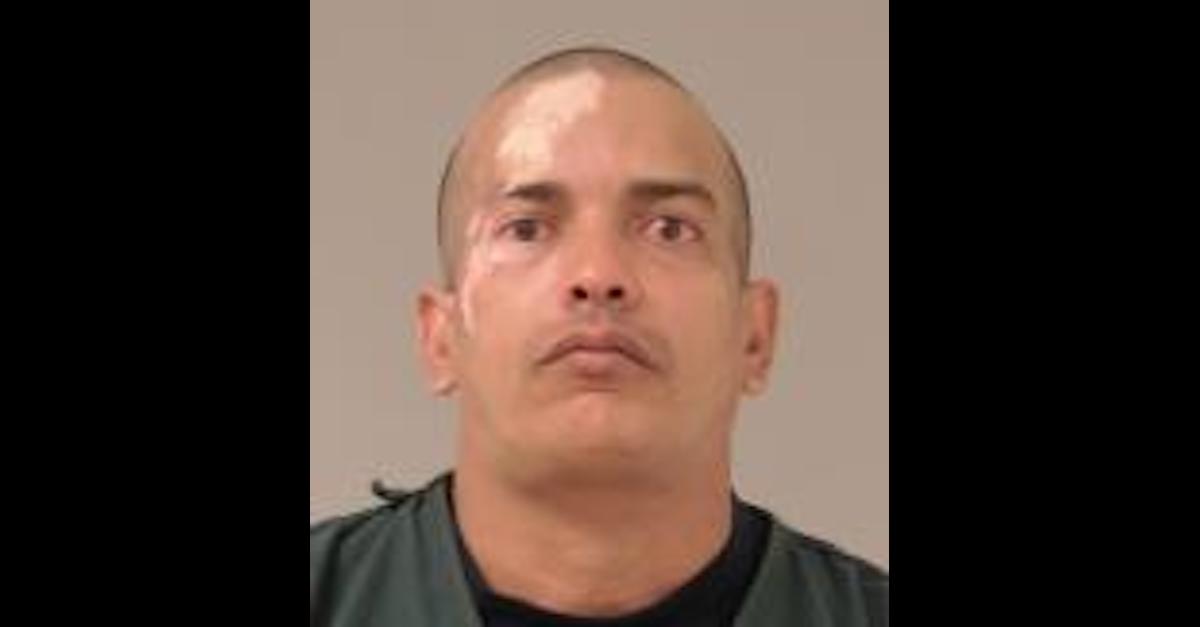 A grand jury has indicted a man for allegedly decapitating his girlfriend. Alexis Saborit, 42, already faced a count of second-degree murder, but jurors added first-degree murder on top of that, according to WCCO. He cut off America Mafalda Thayer‘s head, and dumped her remains at an intersection, said authorities in Scott County, Minnesota.

First-degree murder in Minnesota carries a life sentence. Second-degree murder brings a prison sentence of up to 40 years behind bars.

“Officers arrived at the scene and observed a female, naked from the waist up, lying with her feet towards the curb and her shoulders near an open car door,” stated the charging document. “The woman had been decapitated and her head was lying approximately one foot away from her body. There were large amounts of blood on the ground and in the passenger side of the vehicle.”

At least one witness recorded the incident, officers said.

Investigators said they found the apparent murder-weapon, a machete with sheath.

Another witness said that he was with the couple that day. Thayer, 55, was attempting to convince Saborit to go to court on an unrelated matter.

“Witness 3 said Victim was upset that the Defendant may get into trouble for missing court, but things seemed fine between the two of them,” authorities wrote. “Witness 3 mentioned that Victim told him the Defendant often carries a machete on him.”