Body Found in Wyoming and Is ‘Consistent’ with Description of Gabrielle Petito: FBI 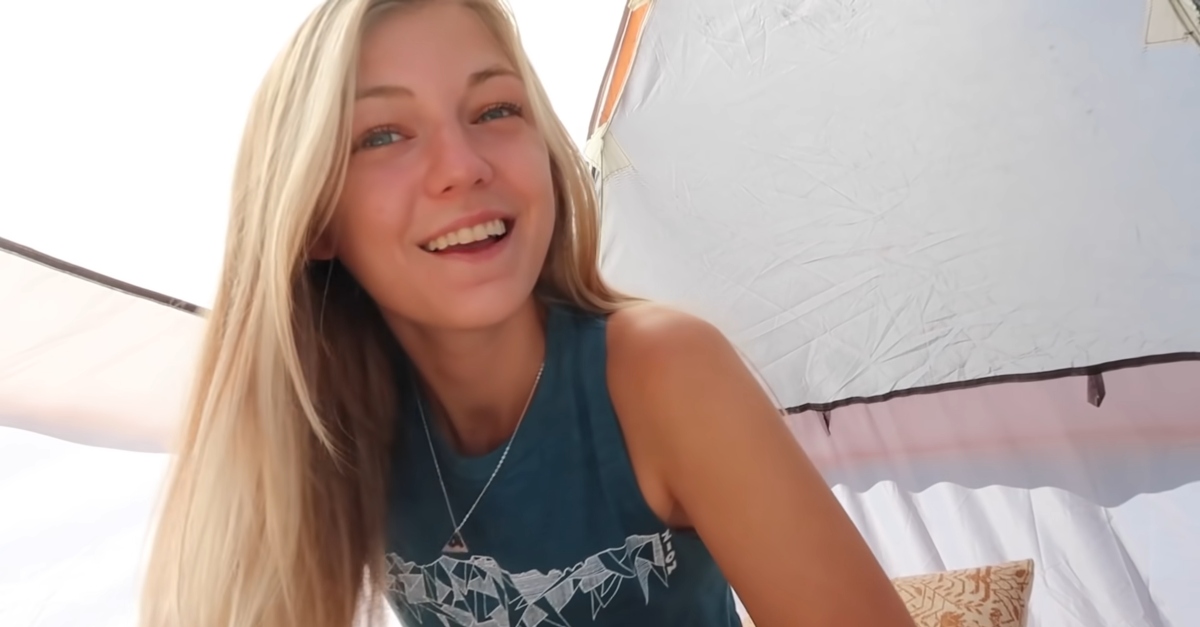 Investigators found a body in Wyoming on Sunday, and they fear the remains may belong to missing woman Gabrielle Petito. The remains are “consistent” with her description, FBI Agent Charles Jones said in a press conference. He stopped short of outright identifying the body, saying forensic identification is pending.

Investigators had been searching the Spread Creek Dispersed Camping Area. Petito was last believed to be in Grand Teton National Park, officials have said.

If you were in the area of Spread Creek Dispersed Camping Area, as identified in the attached map, during the timeframe of August 27-30, 2021, and saw Gabby and/or her boyfriend or their vehicle, please provide that information to the FBI. pic.twitter.com/AN6KkxEeLl

Petito’s New York-based family reported her missing Sept. 11, said cops in Suffolk County, New York. They said they last communicated with her late August. But according to cops in North Port, Florida, her fiancé Brian Laundrie returned home to his parents on Sept. 1, 10 days before Petito’s family reported her missing. He did not speak to investigators, officers said. No charges have been filed.

The couple had been on a cross-country trip. Local police named Laundrie a person of interest in her disappearance on Wednesday. North Port police are not hedging words on whether they think the remains belonged to Petito.

Saddened and heartbroken to learn that Gabby has been found deceased. Our focus from the start, along with the FBI, and national partners, has been to bring her home. We will continue to work with the FBI in the search for more answers.

Police there have been looking for Laundrie for several days. According to officers, his parents in North Port, Florida stepped forward to tell them Friday that they have not seen him since Tuesday.

Petito’s family dismissed any notion that Laundrie was “missing.”

“All of Gabby’s family want the world to know that Brian is not missing, he is hiding,” they family told CNN through attorney Richard Stafford.

Their placid, outdoors-oriented social media accounts clashed with Aug. 12 police body cam footage from Moab, Utah. The couple said they got into a fight. Police determined that Petito struck Laundrie and that Laundrie grabbed her face.

Laundrie construed the fight as the result of minor relationship problems stacking up. The couple got into an argument, he said. He claimed Petito tried to take the van’s keys from him after he insisted they should walk in separate directions while she took a breather. She was already swinging when he pushed her back, he said.

A friend of Petito described Laundrie as manipulative and controlling, however.

“He was always charismatic, making Gabby breakfast almost every morning and but, you know, you could see the jealousy side,” Rose Davis said, according to News 12 Bronx. “He also wanted what he wanted when he wanted it and he’d find a way to get it. Not in a violent manner. But you know, if he didn’t want Gabby to do something. He’d find a way to make it so she couldn’t do it.”