GOP Election Official Charged with Murdering Tenant by Shooting Him Four Times, Then ‘Rambling’ to Police That He Was ‘Driving Me Nuts’ 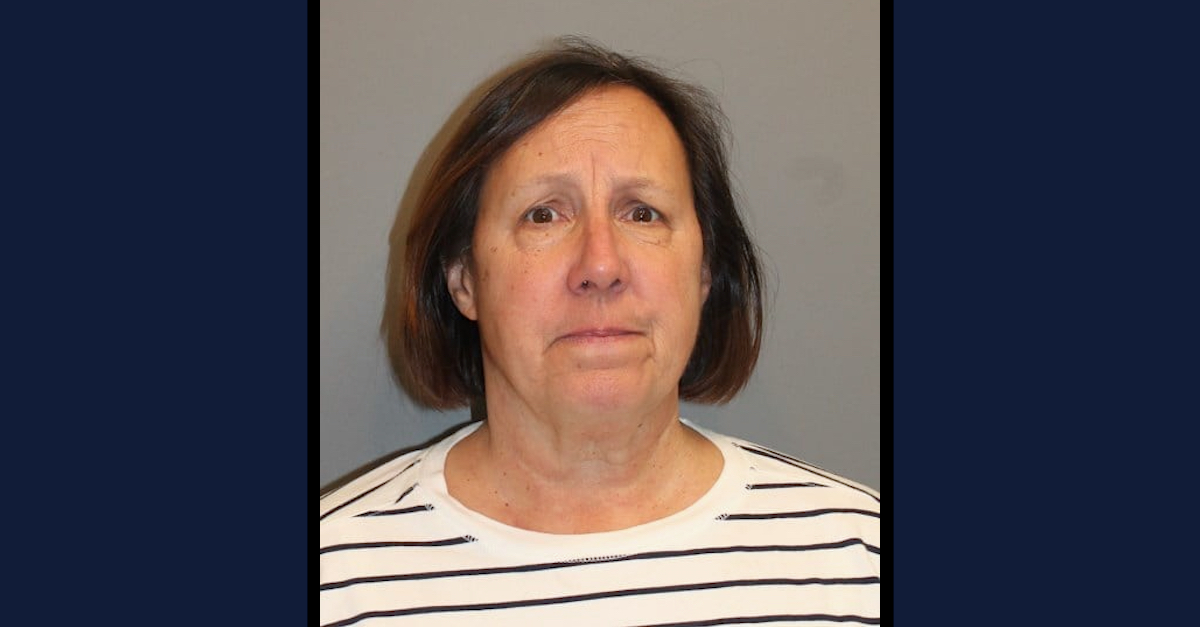 A Republican election official in Connecticut is charged with murdering a tenant by reportedly showing up with a gun and shooting him four times in the torso. The official, however, may be poising herself to claim self-defense.

The remainder of the message sought tips from potential witnesses and told the community that no threat was ongoing.

The department said that Ellen Wink, 61, of a neighboring address at 18 Nelson Avenue, had been arrested and charged with murder.  The “disturbance” was between Wink and a male victim; the male victim had “sustained multiple gunshot wounds,” the police reiterated.

The victim was subsequently identified as Kurt Lametta, 54.  Prosecutors during a brief Friday arraignment identified Lametta as Wink’s tenant, the Stamford Advocate reported.

“Wink and the victim in this case had numerous interactions over the course of a month,” said prosecutor Michelle Manning on Friday, according to the Advocate.  “She then very clearly showed her anger towards the victim. That anger escalated to the point where she shot him in his home — she brought the gun to that house and shot him yesterday. That, in the state’s view, shows that she is a very dangerous person who lets her anger guide her finger.”

A police report obtained by the Advocate suggests that Wink may claim self defense.  She reportedly told a 911 dispatcher that Lametta “came” at her when she went to his apartment to clean.  It’s unclear why she believed she could enter Lametta’s apartment.

“He was after me,” Wink reportedly told the dispatcher, according to the police report obtained by the Advocate.

“I am so tired of this guy,” she reportedly continued.  “He is on the floor.”

A detective continued by describing the stream of consciousness.

“She said that she had kept telling him to get out and had enough,” said a police report cited by the Stamford newspaper.  “Wink continued rambling about issues Kurt Lametta caused.”

Another tenant reportedly told the police that after a loud bang, it was Lametta, the victim, who yelled out that 911 should be called.

Though Lametta reportedly suffered four wounds, Wink apparently said that she fired five shots from a revolver and that Lametta had been “(expletive) driving me nuts.”  Wink’s boyfriend said he heard a bang, a pause, and a few more bangs — possibly evidence that could turn against Wink — but then added that Lametta was “a big bully” and that Wink was “afraid” of him.

The Hour, a Hearst Connecticut Media site, said that Wink was “previously arrested in September after a dispute with her tenant.”  The Advocate said Lametta was the same tenant referenced in the September 2021 incident.

“At the time, Wink locked the tenant out of the home and threw away their personal belongings, including clothes, jewelry and cash, according to Norwalk Police Sgt. Sofia Gulino,” The Hour said of the 2021 incident.

That case, however, is now “statutorily sealed,” according to a notation on an online court docket.  An April 22, 2022 court date was set in the matter.

Wink’s murder arrest does not yet appear on the court system’s docket.

Police records cited by the Advocate showed a history of trouble between the two dating back as far as September 2020.

Another local news site, Nancy on Norwalk, which describes itself as an “independent, nonprofit site news” founded by former corporate media professionals, said it had obtained an arrest warrant from the Sept. 18, 2021 incident before the case was sealed.

The website reported that Wink was charged last year with criminal mischief, larceny, and criminal lockout in connection with that earlier landlord/tenant dispute.  The complaining witness said he was “renting a room in Wink’s home at 16 Nelson Ave. and that she had locked him out and thrown his belongings in the trash,” the website indicated in a summary of the case documents.

The police papers said Wink told the authorities that the tenant hadn’t paid his rent and that she was “tired of arguing with him because he was late every month.”  So, Wink reportedly claimed that she took her tenant’s belongings to the dump.  The tenant identified the rubbished items as jewelry, clothing, and $500 in cash.

The police reportedly said they gave Wink several opportunities to allow the tenant back into the house, but “she refused to do so,” according to Nancy on Norwalk. When the police told Wink they would charge her over the matter, she allegedly became “adamant that she would have to be arrested.”  And so she was — and her bond was reportedly set at $2,000, the website reported.

Wink’s Facebook page is replete with anti-Joe Biden, anti-Bernie Sanders, and pro-Ron DeSantis memes and images.  It also contains many missives which extol the notion that people are the masters of their economic destinies and that the government is improperly giving handouts to people who don’t deserve them.

And she reportedly complained about her tenant.

“I’ve got a tenant who won’t leave, is a truck driver, and draws unemployment!” Wink reportedly claimed in a Facebook post, according to Nancy on Norwalk.

“Sad on all levels!” she continued in a phrase that seemed to channel Donald Trump. “Gotta go dude!!”

Law&Crime was unable to directly locate the post identified by Nancy on Norwalk, but it did find another in which Wink apparently complained about liberal and progressive calls for police reform.

“The current cry is hold police accountable,” the post read. “I truly believe police would do a far better job if COURTS actually held CRIMINALS accountable.”

The post was quickly being swarmed with commentators as of Friday evening.