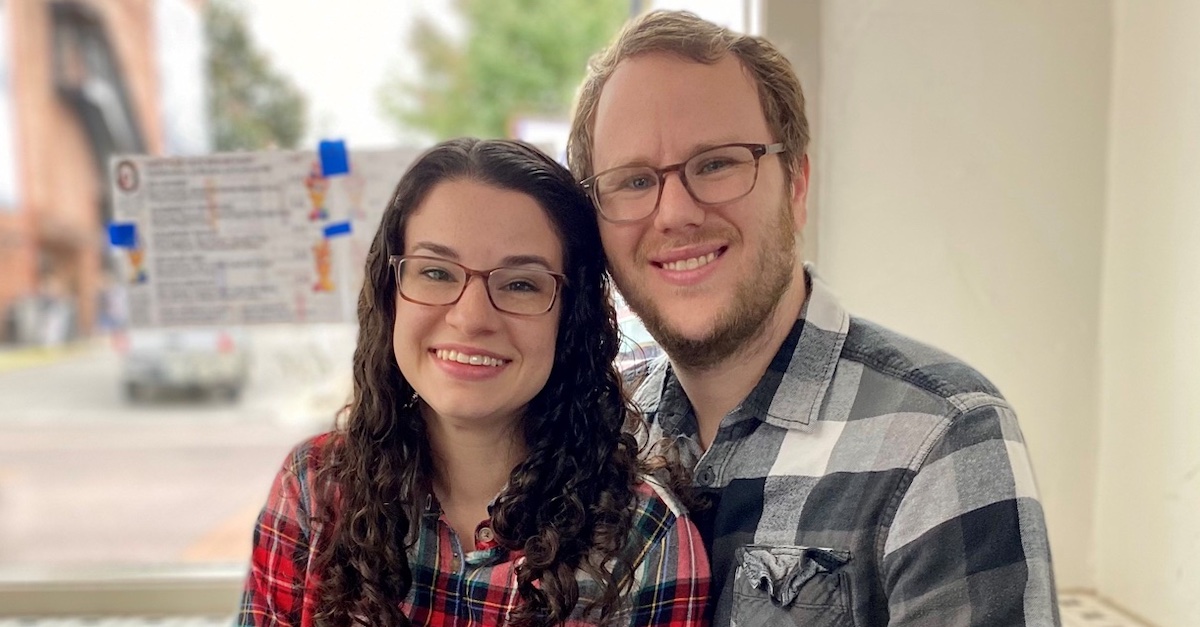 A Tennessee couple has sued the state’s child services department over discrimination, saying a state-funded foster care agency refused to adopt to the couple because they are Jewish.

Elizabeth Rutan-Ram and Gabriel Rutan-Ram, a Jewish couple in Knox County, say they were denied services because of their religion.

They had started looking to foster and ultimately adopt a child after “realizing that they could not have biological children of their own,” says the complaint, which was filed Wednesday.

“[T]hey identified a boy in Florida with a disability whom they hoped to welcome into their family and provide with a loving and nurturing home,” the complaint says.

But first, the couple says, they needed to meet state requirements that they complete a foster-parent-training program and receive a home-study certification.

The Rutan-Rams turned to Holston United Methodist Home for Children, a “child-placing agency that receives state funds from the Department to provide placement, training, and other services on the Department’s behalf to prospective and current foster parents,” the complaint says.

Holston Home initially told the Rutan-Rams that it would provide them with the required training and home-study services. However, on the day they were set to start their first class, the organization told them it wouldn’t be working with the couple because they are Jewish.

A Holston Home employee emailed Elizabeth, saying that “as a Christian organization, our executive team made the decision several years ago to only provide adoption services to prospective adoptive families that share our belief system in order to avoid conflicts or delays with future service delivery,” the complaint alleges.

Prior to this email, Holston Home had not told the Rutan-Rams that the organization doesn’t serve Jewish people, the complaint says.

The couple says they searched for another agency to help them pursue the adoption of the boy in Florida, but they were unsuccessful.

“[T]hey were not able to find another agency in the Knox County area that was willing to provide them the services that Tennessee required for them to be eligible to adopt an out-of state child,” the complaint says. “As a result, they were not able to foster or adopt the child from Florida.”

According to Americans United for Separation of Church and State, which is representing the Rutan-Rams in the lawsuit, the rejection by Holston Home was devastating.

“I felt like I’d been punched in the gut,” Elizabeth said, according to a press release. “It was the first time I felt discriminated against because I am Jewish. It was very shocking. And it was very hurtful that the agency seemed to think that a child would be better off in state custody than with a loving family like us.”

Gabriel said that Holston Home’s refusal to work with the couple amounts to taxpayer-funded discrimination.

“It’s infuriating to learn our tax dollars are funding discrimination against us,” he said. “If an agency is getting tax money to provide a service, then everyone should be served – it shouldn’t matter whether you’re Jewish, Catholic or an atheist. We’re all citizens of Tennessee, regardless of our religion.”

As the press release noted, the Rutan-Rams’ rejection by Holston Home comes almost a year after Gov. Bill Lee signed House Bill 836 into law. That bill allows state-funded foster-care agencies in Tennessee to deny services to prospective families based on an agency’s religious policies.

At the same time, the Tennessee Constitution “promises religious freedom and equality for everyone,” Alex J. Luchenitser, of Americans United, said in the press release. Tennessee is reneging on that promise by allowing a taxpayer-funded agency to discriminate against Liz and Gabe Rutan-Ram because they are Jews. Laws like House Bill 836 must not stand when they allow religion to be used to harm vulnerable kids and people like Liz and Gabe who want to provide those children with safe and loving homes.”

In a statement to Law&Crime, Holston Home president and CEO Brad Williams, confirmed its policy of placing children only in Christian homes and said the Rutan-Rams had other options:

“Since 1895, Holston United Methodist Home for Children has been committed to Christian biblical principles in our calling to provide hope and healing for a brighter future by sharing the love of Jesus with children and families struggling with life’s challenges. Everything Holston Home does is guided by our religious views. We seek to be a force for good, living out the words of Christ to care for children and ‘the least of these,’ and it is vital that Holston Home, as a religious organization, remains free to continue placing at-risk children in loving, Christian families, according to our deeply held beliefs. We view the caregivers we partner with as extensions of our ministry team serving children. So from the very beginning, we seek to find alignment with them, and if we cannot do so, we try to help them find an agency that may be a better fit. Finding other agencies is not hard to do. In Tennessee, for example, there are 6 other agencies for each one faith-based provider. Vulnerable children should not lose access to Christian families who choose to become foster or adoptive parents. Holston Home places children with families that agree with our statement of faith, and forcing Holston Home to violate our beliefs and place children in homes that do not share our faith is wrong and contrary to a free society.”

According to Americans United, six Tennessee residents joined in the lawsuit, “four of them faith leaders, who object to their tax dollars being used to fund any child-placing agency that engages in religious discrimination.”

Holston Home, meanwhile, filed a lawsuit in December against Health and Human Services Secretary Xavier Becerra over an HHS regulation that prohibits discrimination in HHS-funded programs and grant recipients on the basis of religion, sex, sexual orientation, gender identity, and same-sex marriage status.

The rule “violates Holston Home’s right to free exercise of religion,” according to the complaint.

The Tennessee Department of Children’s Services said they cannot comment on pending litigation.

[Image via Americans United for Separation of Church and State.]