‘God Only Knows What That Baby Suffered’: California Couple Charged With Murdering Baby Daughter Weeks After Their Custody Was Restored 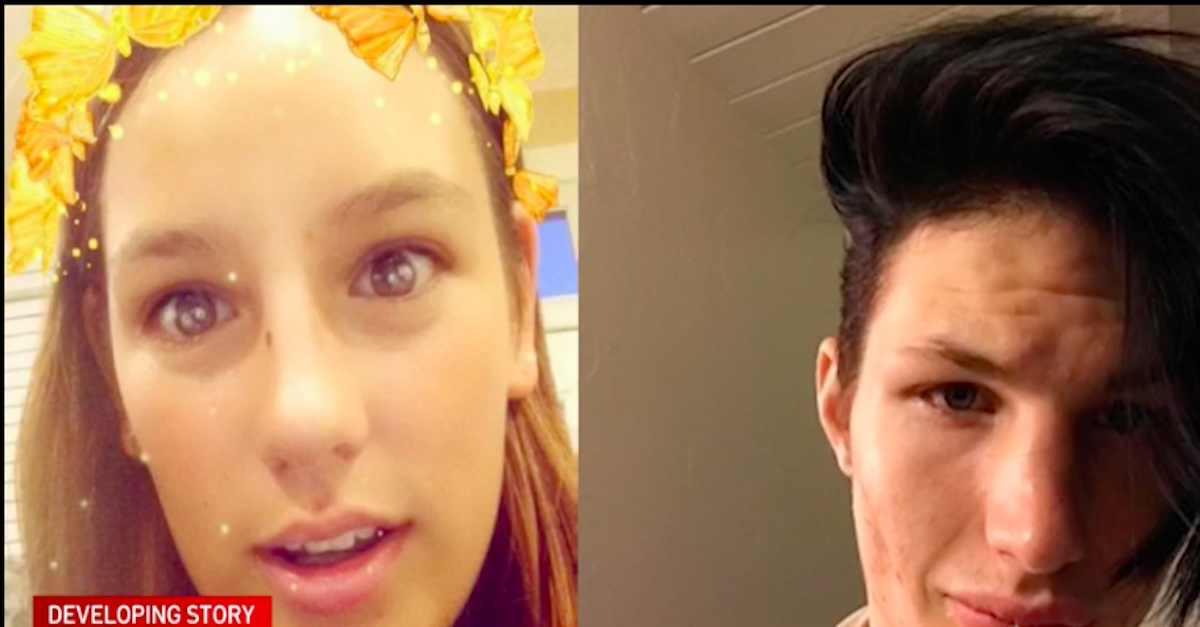 A San Diego couple was arrested this week and accused of killing their infant daughter less than two months after social services returned the baby to their custody. Elizabeth Ucman, 22, and Brandon Copeland, 21, were taken into custody Wednesday evening and charged with one count each of first-degree murder for killing their 3-month-old baby, San Diego NBC affiliate KNSD reported.

According to the television station’s report, officers with the San Diego Police Department on Wednesday responded to an emergency call about an unresponsive infant in a residence located in the 3300 block of Maple Street in Colina del Sol at approximately 11:15 p.m. Upon arriving on the scene, first responders found the child was not breathing and performed CPR. Emergency Medical Services personnel arrived soon after and continued performing life-saving procedures as they rushed the baby to a local hospital.  There, the infant was pronounced dead.

A relative reportedly told KNSD that the baby’s name was Delilah.

Detectives with SDPD’s child abuse unit were initially assigned to the investigation, but the department’s homicide unit took over the case following the infant’s death, the San Diego Union-Tribune reported.

San Diego police homicide Lt. Andra Brown reportedly told the Union-Tribune that the department was not releasing details about what the extent of the child’s injuries or how the couple allegedly killed the baby.

“We will not be making any further comments or providing additional information at this time,” Brown reportedly said.

But Ucman’s grandmother, Adrienne Arnett, who is the victim’s great grandmother, reportedly told KNSD that it appeared the baby was tortured before her death.

“The baby was seriously injured, and how do you injure infant babies? They just lie there. You cuddle them. So, the baby obviously had pretty serious injuries,” she told the TV station.  “God only knows what that baby suffered between the time they got their hands on her till the time that baby died.”

Arnett also told the station that when Delilah was born, social services gave emergency custody of the child to Ucman’s aunt after investigators determined that Ucman, Copeland, and the couple’s apartment were not fit for an infant. Social services reportedly returned the child to their custody early last month after they cleaned up their home.

But according to Arnett, Child Welfare Services were warned by multiple people that the parents, particularly Copeland, were a threat to Delilah’s safety.

“Social services was told by every member of the family that she was dangerous. We knew the boy was dangerous,” she told the station.

Sabrina Camacho, one of the couple’s neighbors, told KNSD that she wasn’t even aware the couple had a baby, saying she never heard Delilah crying but often heard Ucman and Copeland arguing.

“I know they’ve had domestic disputes in the past. At least you could hear it. Yelling at each other,” Camacho reportedly said.

San Diego County Child Welfare Services did not immediately respond to an email from Law&Crime seeking additional details about what members of the family said regarding Delilah’s safety.

Ucman is currently being held at Las Colinas Detention and Reentry Facility in Santee without bond while Copeland is being held at the San Diego Central Jail, also without bond. Both are scheduled to appear before a judge in San Diego at 1:30 p.m. on Monday.