Girlfriend of Harmony Montgomery’s Father Found Dead, But the Cause ‘Is Not Considered Suspicious’: Police 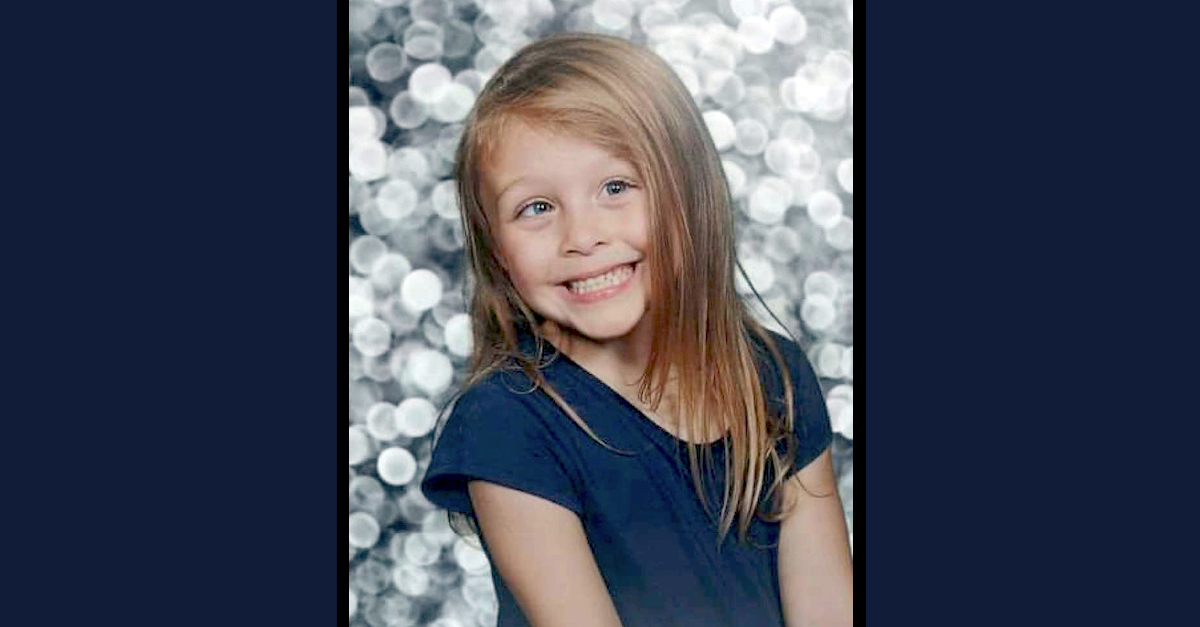 “Her cause of death is pending, but it is not considered suspicious,” she said.

Small was caught up in the search for Harmony Montgomery because she dated the child’s father Adam Montgomery, 32. The girl, who was 5 when last seen in 2019 and would be 7 now, was only reported missing after about two years. No one has been charged in her disappearance.

Officers said they found father Adam with Small last Dec. 31 when arresting him for second-degree assault for allegedly beating Harmony. He allegedly snubbed investigators who were trying to find the young girl safe.

“I have nothing else to say,” he said, according to an affidavit.

Small said she knew of her boyfriend’s four children, but she had no information about them, and that Adam never spoke about Harmony, police previously said.

“I have no comment in regards to the Harmony Montgomery missing person’s case,” Hamel told Law&Crime on Wednesday.

Police initially said Harmony had not been seen since October 2019, but they shifted their timeline to a period between Nov. 28 and Dec. 10 in 2019. She had only just been reported missing, officers announced in early January 2022.

The family, including stepmother Kayla Montgomery, 31, was evicted from their home at 77 Gilford Street in Manchester on Nov. 27, 2019, and they started living out of cars, possibly in the North End neighborhood of Manchester, police said.

Witnesses claimed to see Harmony with the couple in the following days, but she was no longer with them from by approximately Dec. 6 to the 10th of that year. Adam and Kayla Montgomery only had their two common children with them, officers said.

This father allegedly gave Harmony a black eye before she disappeared. He allegedly told his uncle Kevin Montgomery, “I bashed her around this house.” From the affidavit:

Meanwhile, Kayla Montgomery is charged with theft by deception and misdemeanor welfare fraud for allegedly taking $1,500 in food stamp benefits on the missing girl’s behalf. She allegedly told cops she had last seen Harmony in November or December 2019 before going to work.

The child’s biological mother Crystal Sorey has not been suspected in her disappearance. She lost custody of Harmony in 2018 due to substance abuse, officials said. She said the last time she saw the child was during a video chat around Easter 2019, authorities said. According to the affidavit against Adam Montgomery, she regained sobriety, but Adam and Kayla blocked her on social media and the phone.

“Crystal said over the years she made attempts to locate the child by contacting various schools, and driving by addresses associated with Adam, but was unable to make any progress,” officials said.

Colin Kalmabacher contributed to this report.