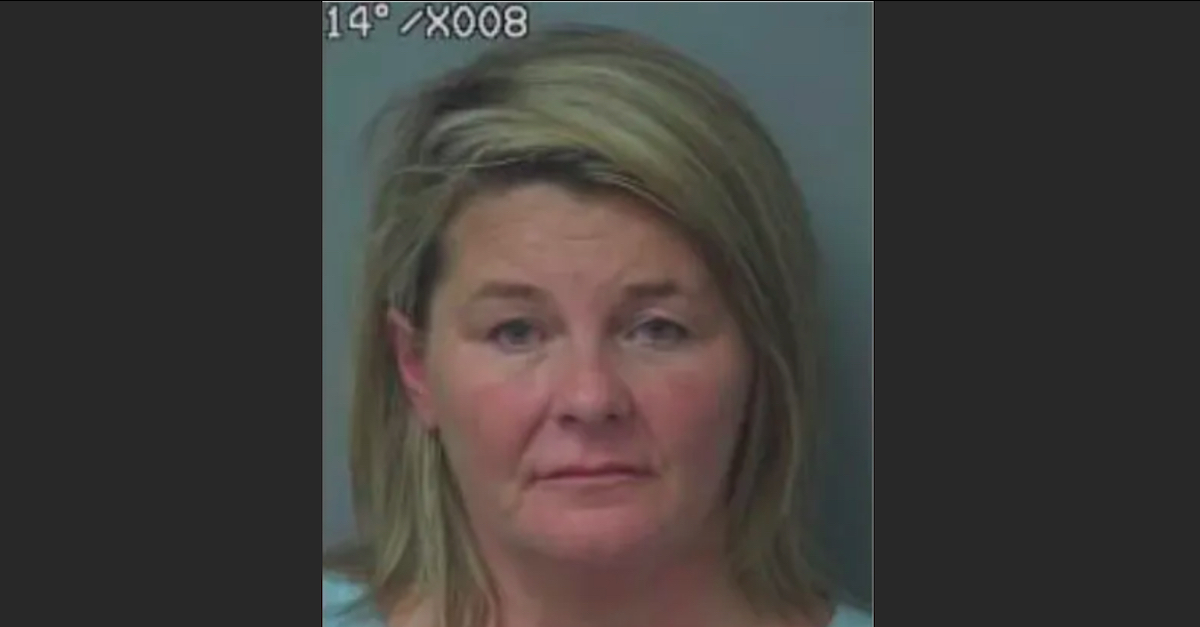 An intoxicated Georgia woman intentionally crashed her car into a tree in an attempt to injure a male passenger, who died from the collision, police claimed.

The woman now faces charges of felony murder, according to local news outlets and public records.

The Gwinnett County Sheriff’s Fugitive Unit took Alpharetta resident Wendy Lee Sharp into custody on July 30, three days after the passenger she was accused of trying to injure died due to injuries sustained in the crash. That passenger—42-year-old Tauheed Ferguson—was pronounced dead on July 27, more than two months after the May 10 crash, the sheriff’s office said.

The Fugitive Unit located Sharp at Pleasant Hill and Peachtree Industrial Boulevard, according to a report from WGCL-TV, a local CBS affiliate.

“Sharp intentionally caused a vehicular accident attempting to injure her passenger by swerving out of the lane and crashing into a tree,” Sheriff’s Office spokeswoman, Deputy Ashley Castiblanco said in a statement about the crash to the Atlanta Journal-Constitution.

According to the Journal-Constitution, the fatal wreck occurred just before 8 p.m. near Duluth at the cross streets of Davenport Road and Hill Drive. The report further stated that after hitting the tree, Sharp spoke to the Gwinnett County Police Department and “made statements to officers indicating the wreck was intentional.”

Law enforcement authorities confirmed that Sharp and Ferguson knew each other, but did not provide specifics on the exact nature of their relationship.

Sharp was also injured in the crash, and was temporarily hospitalized before ultimately being let go.

The 46-year-old Sharp is facing several felony charges, including felony murder, aggravated assault, and felony theft by taking. She was also charged with reckless driving and driving under the influence, both of which are misdemeanors.

She is currently being held at the Gwinnett County Jail in Lawrenceville and was denied bond.

Under Georgia state law, felony murder is when a person’s death occurs as the direct result of the commission of a violent felony crime, irrespective of malice. That means a person committing the felony did not have to intend for the death to occur.  If found guilty of felony murder, Sharp could be sentenced to life in prison or face the death penalty.

According to a report from the Gwinnett Daily Post, this marks the second time this year that Sharp was arrested on the charge of felony theft by taking, having previously been taken into custody on the charge in February.

The Gwinnett County Sheriff’s Office did not immediately respond to a request from Law&Crime for additional details on the case.