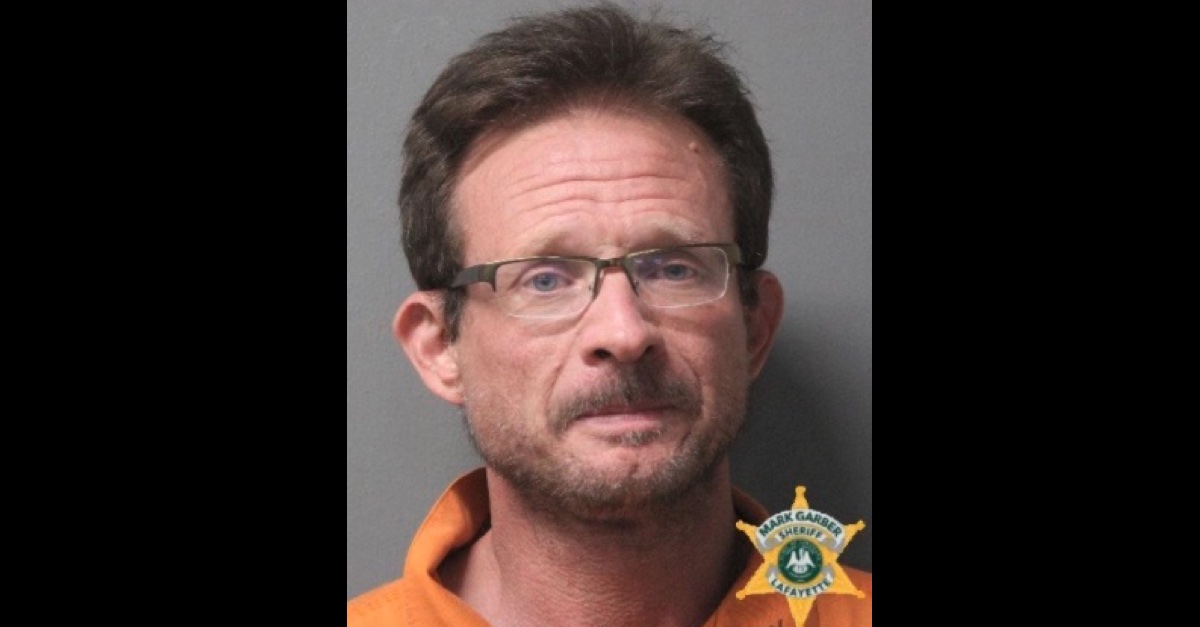 The bizarre case of a Louisiana millionaire who concocted a failed plot to have his wife kidnapped and tortured—resulting in the drowning deaths of the two would-be kidnappers—has come to an end, with the man pleading guilty to attempted kidnapping.

Handley was a millionaire by the time he was 30 years old, according to multiple reports. He had found financial success by helping to launch companies that sold vitamins, energy supplements, and calcium creams, according to a report in the Lafayette Daily Advertiser. He also founded addiction treatment centers across the south, which he sold in 2015 for more than $21 million.

The Advertiser also reported that despite his success, Handley was convicted in 2005 for submitting a fake $22,000 check to a charter airplane company.

Michael and Schanda Handley were married in April 2006, but by 2017, they were in the midst of a highly-contentious divorce, with each accusing the other of threats and stalking; Michael accused Schanda of attacking him and threatening to hire a hitman to kill him, while Schanda accused Michael of hacking into her computer and trying to access her emails, the Advertiser reported.

The Advertiser also reported that Michael allegedly sent Schanda threatening texts before the attempted abduction, according to court documents.

“You are facing Armageddon and no court or order will save you,” one text allegedly read, according to the Advertiser. “We will take her first and let you suffer for awhile before putting you out of your misery,” another text allegedly read, while another reportedly said “If you ignore us like usual someone you love will suffer tomorrow.” It is unclear from reports who the “her” is referencing in the alleged texts.

The hired kidnappers, Sylvester Bracey and Arsenio Haynes, appeared at the door of the Handley’s home in Lafayette on August 6, 2017, claiming to be salesmen and asking Schanda if they could demonstrate a carpet steamer for her, according to the New York Times.

Schanda, who at the time was home with her teenage daughter and a neighbor, said no, but the men forced their way inside with semi-automatic handguns, according to a report in the Advertiser.

“The kidnappers handcuffed (the wife), placed a bag over her head and forcibly removed her from the home,” the Advertiser story said, citing court documents. The men then threatened, tortured, and abused Schanda as the van drove to an unknown destination.

The men had also handcuffed the neighbor and teenage daughter inside the home, according to the Advertiser.

Then, as the men were driving in the direction of Baton Rouge, Bracey and Haynes encountered unexpected traffic jam, due to an overturned piece of equipment in the road. They started driving on the shoulder of the road to get away from the traffic, but were seen by an off-duty sheriff’s deputy, who started following the van, the Advertiser reported.

“The deputy followed the van until it reached a highway,” the Advertiser story said. “Instead of turning left, where they could have taken a number of routes, the two men turned right onto a dead-end road.”

When the van got stuck in an area the Advertiser described as “swampy,” the two men jumped out of the van and ran into the nearby woods.

“They jumped into the Intracoastal Canal, where their bodies were found less than a day later,” the Advertiser reported.

Sheriff’s deputies found Schanda in the back of the van, according to the report.

Handley, who had apparently tried to charter a plane, was found days later at a hotel, the Advertiser reported. He has been in jail since August 15, 2017, according to the Lafayette sheriff’s records.

Handley had originally tried to plead not guilty by reason of insanity, the Advertiser reported, but was ultimately found competent to stand trial. According to the Advocate, Handley’s attorney, Kevin Stockstill, said that Handley faced drug addiction and mental illness.

Stockstill also said that Handley could have faced up to life in prison on the original charges, and he wanted to ensure Handley had an opportunity to have a life after prison, the Advocate reported.

Schanda, however, doesn’t seem to think that’s a good idea.

“My hope is when he’s sentenced, he’s given the 35 years,” Schanda Handley told the New York Times. “I think my life, my freedom, ends when he gets out.”