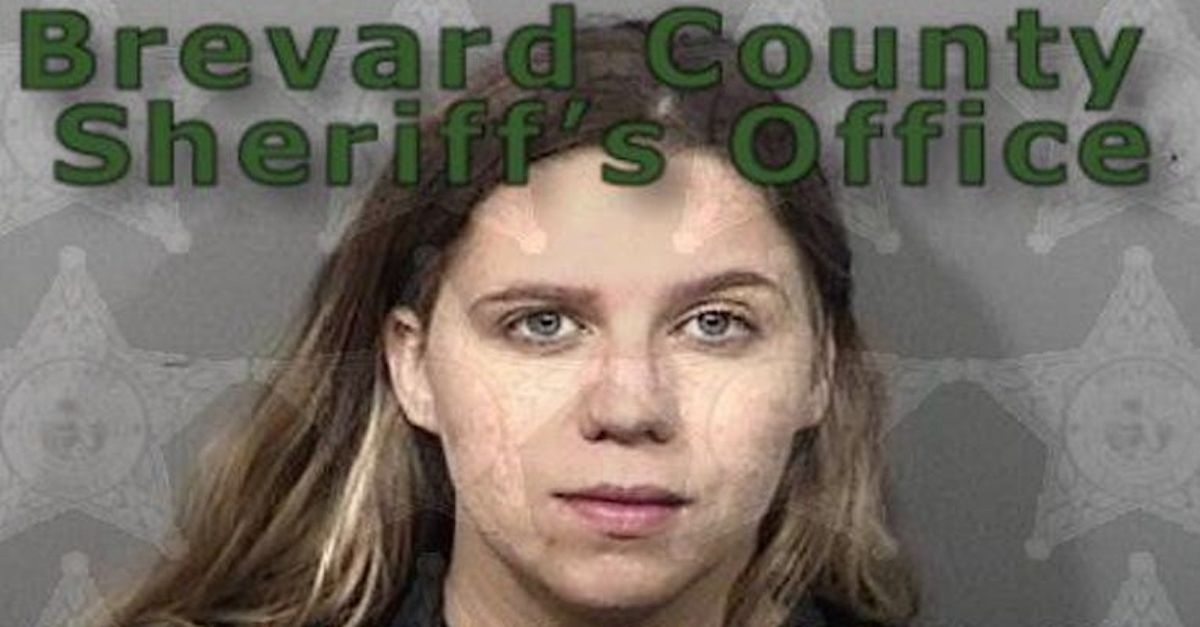 Authorities in Florida have accused a 23-year-old woman of intentionally burning a little girl by pouring scalding hot water on her genitals, buttocks, and back as punishment, likely leaving the child permanently disfigured. Angelina Mayton was arrested this week and charged with one count of aggravated child abuse causing serious bodily injury, Orlando CBS affiliate WKMG-TV reported.

According to a police affidavit obtained by the station, Mayton brought the little girl to Palm Bay Hospital on Dec. 27 at approximately 10:36 a.m. with third-degree burns below the waist. When doctors inquired about what happened to the child, Mayton reportedly said that she had put the girl in the tub and left the bathroom briefly because one of her other two children began screaming and crying. She reportedly said that the girl must have accidentally turned the hot water on while she was out of the room, claiming that when she returned the girl had pulled herself out of the tub and was on the floor crying and saying the water was too hot.

The girl was soon transferred to Arnold Palmer Hospital in Orlando, which has a pediatric burn unit and rehabilitation center.

Doctors who treated the victim reportedly told investigators that, in addition to the burns, the girl also sustained multiple other injuries that were indicative of abuse. The girl reportedly had extensive bruising and scratches as well as a broken wrist that was untreated and appeared to have been fractured approximately two weeks earlier.

The doctor also reportedly explained that the precise pattern of the burns sustained by the victim appeared to contradict Mayton’s story about the girl being in the tub and accidentally turning the hot water on, telling investigators that her injuries all appeared to be inflicted intentionally.

The doctor told investigators that the victim’s burns “were in a unified pattern as though her back, buttocks and privates had been dipped into the water,” WKMG reported.

“The doctor also noted, according to detectives, that there were no burns on the girl’s feet or arms, meaning that they were not submerged in the water and that there were no splash marks, which would have indicated that the child had been in the tub and tried to escape when the water became too hot as Mayton had suggested,” the report stated.

According to a report from Florida Today, an investigator with the Department of Children and Family Services (DCFS) spoke with medical experts and determined that the water used to burn the child was “at least 150 degrees.”

While the victim’s age and relation to Mayton were not disclosed, the DCFS investigator also reportedly found that the little girl was “not tall enough to raise herself out of the water” as Mayton described.

During an interview with investigators, Mayton’s two young sons both reportedly said that on the morning the little girl sustained the burns she had defecated on the living room carpet and was punished by Mayton. Investigators subsequently surmised that Mayton intentionally poured the hot water on the girl as “malicious punishment” for the defecation.

Mayton was booked at the Brevard County Jail Thursday and released Friday after posting $35,000 bond.