Former Oregon Mayor, Once Honored as ‘Citizen of the Year’ by Boy Scouts, Possessed Child Pornography of Minor Under the Age of 12: DOJ 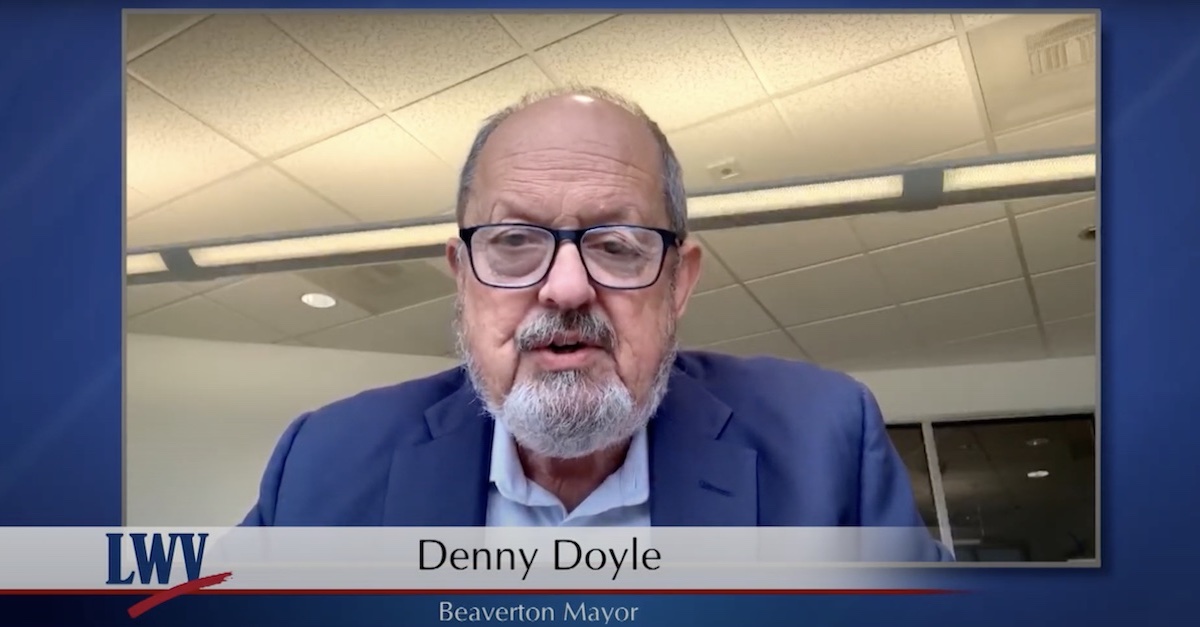 The former mayor of an Oregon city has been hit with a federal child pornography charge, according to the U.S. Department of Justice.

Prosecutors with the U.S. Attorney’s Office in the District of Oregon hit 73-year-old Dennis “Denny“ Doyle (D) with the charge of possession of child pornography.

The details of the case are currently under seal, but Law&Crime obtained a copy of the information sheet filed by prosecutors on Thursday.

The filing, submitted to the court by U.S. Attorney Scott Erik Asphaug and Assistant U.S. Attorney Natalie K. Wight, claims that the incident in question occurred “[b]etween on or about November 2014, and continuing until on or about December 2015.”

It is during that time that Doyle “knowingly and unlawfully possessed material containing child pornography,” according to the information sheet.

Prosecutors claim that the child pornography Doyle is accused of possessing “included a depiction of a prepubescent minor or a minor who had not attained twelve years of age.” The DOJ press release said that the illicit material included “images depicting minors under twelve.”

Doyle served three terms as the mayor of Beaverton and was in office at the time of this alleged offense. His bid for a fourth term failed when he lost in a run-off back in 2020, according to Portland NBC affiliate KGW.

In 2008, then-Beaverton City Councilor Doyle was honored by the Boy Scouts of America as “Citizen of the Year.” The Oregonian published a small item about Doyle getting that honor. It read:

Doyle was recognized during an Oct. 22 ceremony for his longtime community service and work with youth sports. He founded Westside Metros Soccer Club, served on the Westside Recreational Soccer Club Board, and has been a board member of the Beaverton Baseball and Softball Association.

These charges are a result of Project Safe Childhood, according to the U.S. Attorney’s office.

Doyle now faces up to 20 years in prison and a $250,000 fine if convicted. His first court appearance was scheduled for Friday.