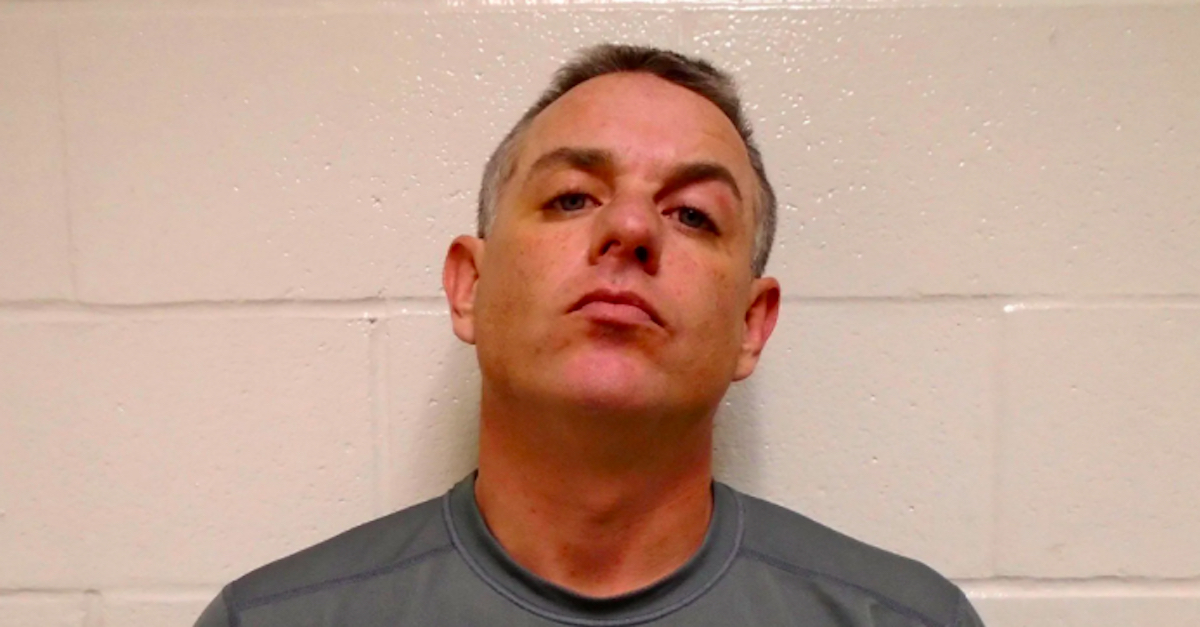 A judge in Louisiana this week sentenced a former police officer to spend up to 20 years behind bars for possessing child pornography and sexually abusing his dog, Shreveport ABC affiliate KTBS-TV reported. District Judge Michael Craig handed down the sentence to ex-Bossier City cop Terry Yetman, 40, who in August pleaded guilty to one count of possession of child pornography and five counts of sexual abuse of an animal.

The sentence reportedly includes four years each for the five counts of sexual abuse of animals and 20 years for the lone count of possession of child pornography. The two sentences will run concurrent with each other for a total of 20 years. Judge Craig also ordered Yetman to register as a sex offender. He was facing a maximum sentence of 45 years in prison.

Yetman, who began working on the force in November 2014 and who reportedly worked a stint in the K-9 unit, was arrested in December 2018 after a multi-month investigation that reportedly began with investigators looking into another Bossier City deputy suspected of obtaining and distributing child pornography. In the course of that investigation, investigators reportedly discovered online conversations between the original target and Yetman in which Yetman said he “would like to have sex with children, both boys and girls,” according to court documents obtained by KTBS.

Yetman reportedly asked the original target for a pair of used underwear that belonged to the target’s 7-year-old daughter. The target provided the underwear to Yetman who reportedly took them to the homes of other child sex predators.

“A forensic examination of videos and images of Yetman’s Apple iCloud account also showed him engaging in explicit sexual acts with his dog and images of pubescent and prepubescent children engaged in sexual activity,” KTBS reported.

Upon Yetman’s arrest, state law enforcement authorities took custody of his dog, which was eventually placed at a rescue shelter in Texas.

“The Louisiana State Police Special Victims Unit who was assisted by the Bossier City Marshal’s Office and Department of Homeland Security did an outstanding job on this case. They delivered a very strong case to our office and Assistant District Attorney, Allie Aiello Stahl, did an excellent job prosecuting this case,” District Attorney Schuyler Marvin said. “My office will do everything in our power to prosecute those who prey on children and animals.”

Yetman has remained in custody since his arrest.