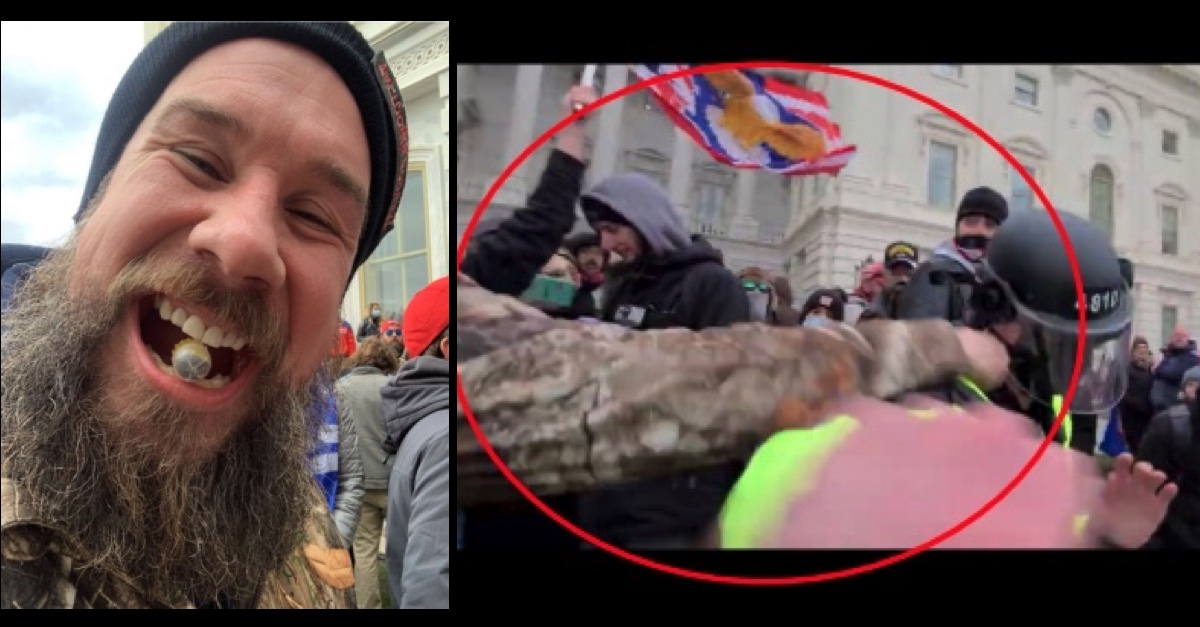 Scott Fairlamb’s Jan. 6 “selfie” with a pepper ball between his teeth; Fairlamb punching police officer. (Photos via a Department of Justice court filing.)

The first Capitol siege defendant to plead guilty to assaulting a police officer on Jan. 6 is appealing his case.

Fairlamb, a supporter of Donald Trump and brother of a Secret Service agent, also pleaded guilty to obstructing congressional proceedings.

“You were part of the overall circumstances that led to the obstruct [and the] inability of congress to function, the inability of the electoral college to go forward that day,” said Lamberth, a Ronald Reagan appointee, at the hearing. “The offense itself that you committed is so at the heart of our democracy that I cannot in good conscience go below the [sentencing] guidelines.”

Fairlamb waived most of his appeal rights in his plea agreement — including the right to appeal either the conviction or the sentence. 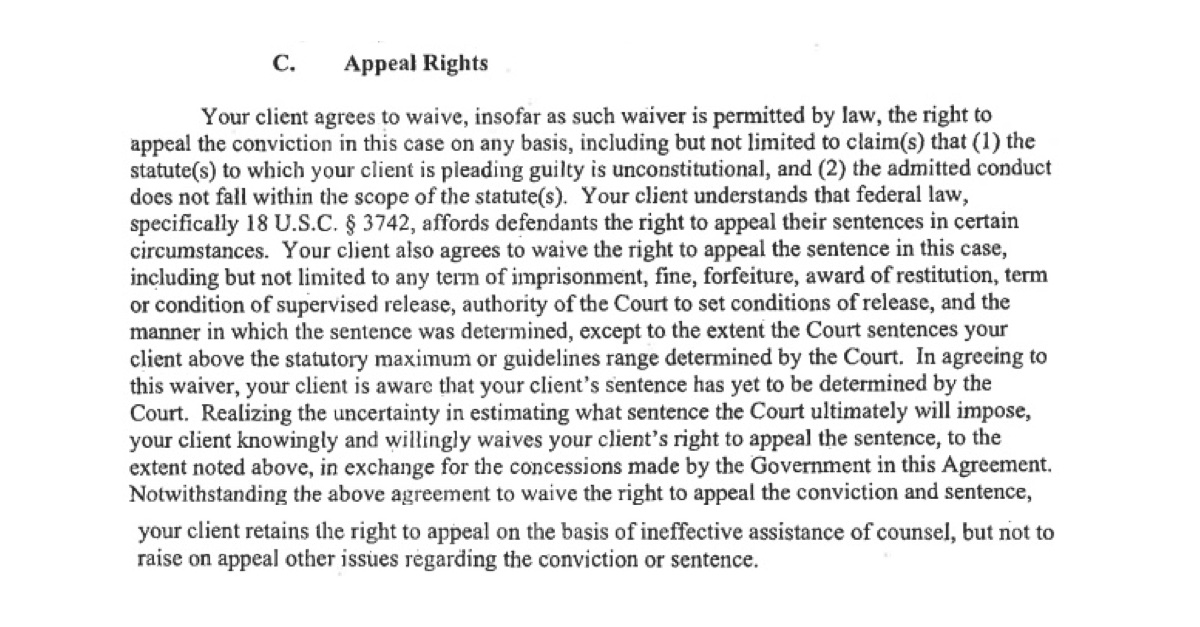 However, he didn’t waive his right to appeal based on a claim of ineffective assistance of counsel, and that may indeed be his plan: the Washington law firm of criminal defense attorneys Dennis Boyle and Blerina Jasari were behind Wednesday’s appeal filing. Both attorneys also filed notices of appearances on Fairlamb’s behalf.

It’s unclear precisely what’s behind Fairlamb’s appeal. After his sentencing, his attorney at the time, Harley Breite, praised the government, saying it had been “nothing but fair, honest, transparent, and very reasonable.”

Breite also said that Fairlamb — who is seen on video from Jan. 6 saying “patriots . . . storm the fucking Capitol” — no longer believes the 2020 presidential election was stolen and has a “different ideology” from what he believed then.

Considering that Fairlamb’s case and sentencing was widely believed to be a benchmark of how other judges may treat similar Jan. 6 cases, it’s likely that his appeal will also be closely watched. It’s worth noting that Fairlamb pleaded guilty to a federal obstruction charge under a statute whose use is being challenged by multiple Jan. 6 defendants.

Fairlamb is the second Jan. 6 defendant to file a post-conviction appeal. In September, Paul Hodgkins appealed his conviction for obstructing a joint session of Congress. He had pleaded guilty in June, and in July U.S. District Judge Randolph Moss sentenced Hodgkins to eight months in prison. Hodgkins was the first to be sentenced for a felony relating to the Capitol attack.

A purported attorney for so-called “QAnon Shaman” Jacob Chansley has also indicated that an appeal may be in the works, although Chansley’s longtime attorney disputes the matter. Lamberth sentenced Chansley to 41 months in prison earlier in November.

So far, Lamberth has not gone easy on Capitol rioters. In addition to Chansley, he sentenced former Pennsylvania school board president Frank Scavo, who organized charter buses to take people to Washington for the Jan. 6 Donald Trump rally that preceded the Capitol attack, to 60 days in prison.