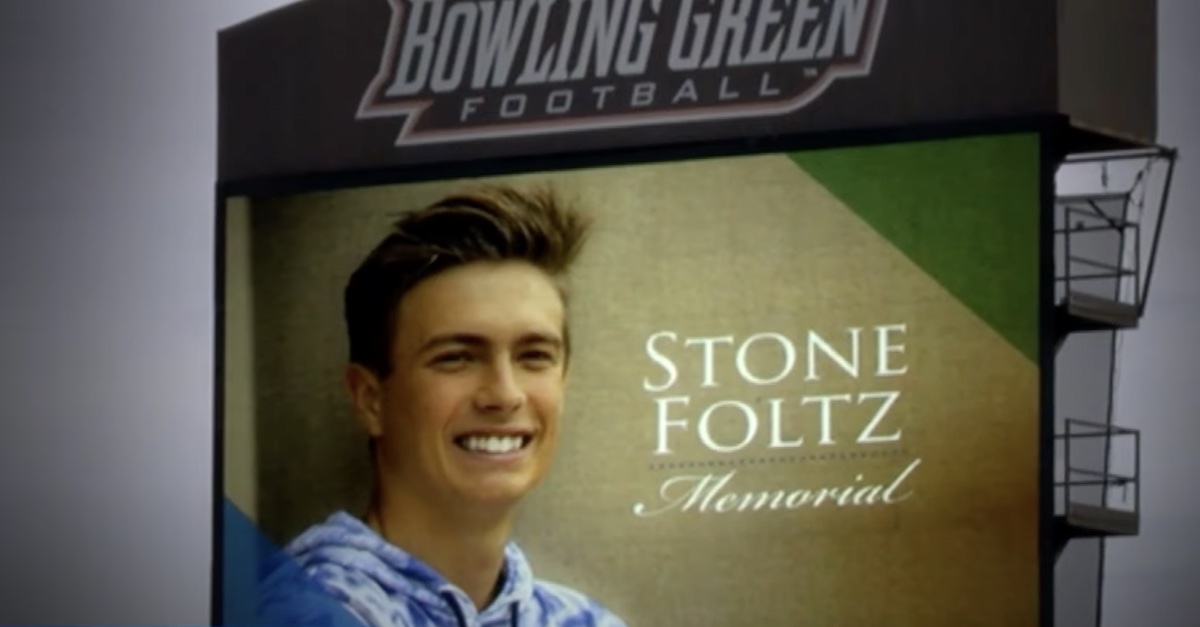 Five former fraternity brothers at Bowling Green State University were sentenced Thursday for their roles in the 2021 hazing death of 20-year-old sophomore student Stone Foltz. Three of the students were sentenced to serve short stints in jail, and two others were ordered to serve house arrest.

Records show that Niall Sweeney, 21, of Erie, Pennsylvania, and Aaron Lehane, 21, of Loveland, Ohio, both pleaded guilty to one count each of  tampering with evidence and hazing.

Sweeney, the fraternity’s vice president, Lehane, and Boyers all lived at the house where the initiation event took place.

Prosecutors said that the event which led to Foltz’s death was a “new member initiation process” for Pi Kappa Alpha’s Bowling Green chapter in which the new members, also called “little brothers,” were introduced to mentors known as “big brothers.” Prosecutors said that the new members, almost all of whom were under 21, were given a 750 ml bottle of “high alcohol content liquor” and told to finish it by the end of the night.

The event centered on watching the “little ones” attempt to finish the alcohol. Foltz allegedly drank “all or nearly all of the contents of his bottle,” Wood County Prosecuting Attorney Paul Dodson said in April.

Authorities said an emergency vehicle took Foltz to Wood County Hospital. He was later transferred to Toledo Hospital, where he died on March 7, three days after being placed on life support.

Foltz was then was taken home by several fraternity members, including his so-called “big brother,” 21-year-old Jacob Krinn. Krinn, of Delaware, Ohio, and the others left Foltz in his apartment, where his roommate and friends discovered him and called 911. When emergency medical assistance arrived, Foltz’s roommate was already in the process of performing CPR.

Krinn and another fraternity member, Troy Henricksen, 24, of Grove City, Ohio, did not take plea deals and were found guilty at trial on one count each of hazing and failing to comply with alcohol laws. Krinn was also convicted on one count of obstructing official business.

Krinn and Henricksen are scheduled to be sentenced next week, along with Canyon Caldwell, 22, of Dublin, Ohio, who pleaded guilty to one count of obstructing justice and eight counts of misdemeanor hazing.

Foltz’s mother addressed the court in an emotional statement during Thursday’s proceedings.

“Someone died and he was my son. His name was Stone,” Shari Foltz said. “Our lives are forever changed and will never be the same.”

“I forgive but I will never forget,” she added.