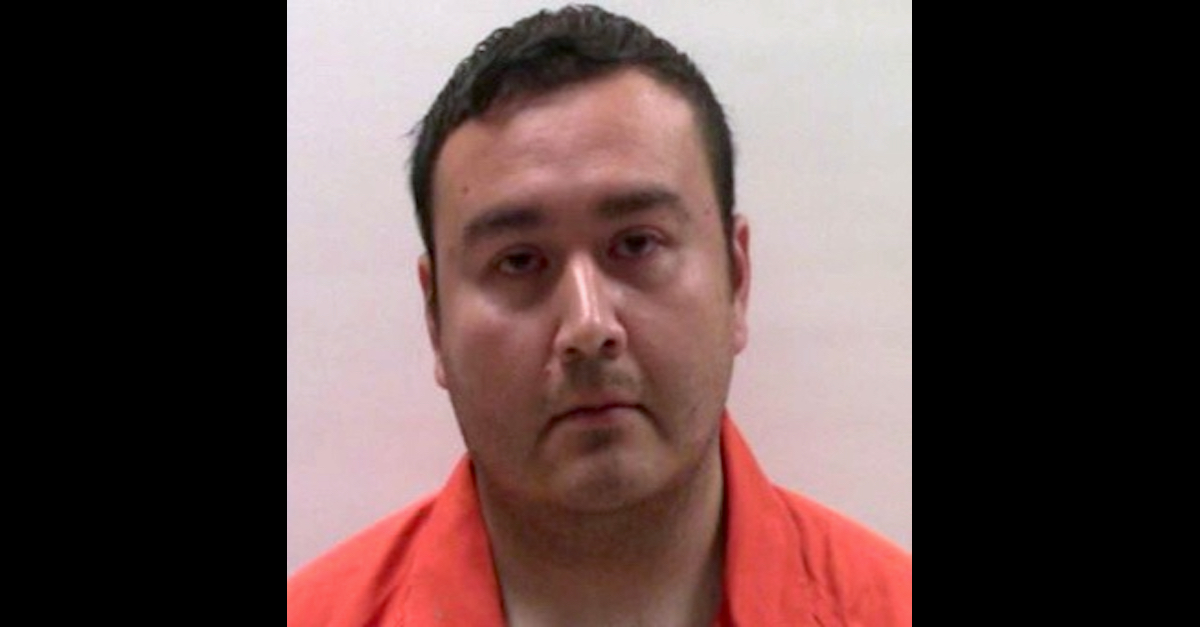 A former Primera, Texas police officer has been sentenced to serve ten years behind bars after he admitted installing hidden cameras to record images of a minor female. According to court documents, fellow officers caught the defendant after he accidentally left a storage card that contained pornographic material on the floor at his own police department. That apparently accidental yet critical self-own resulted in prison time.

A factually sparse indictment filed in the Southern District of Texas on April 14, 2021 accused Joel Alex Sandate, 32, of just one count of possessing child pornography. However, court records indicate he was charged separately with one count of causing the sexual exploitation of a child. The defendant pleaded guilty to the child pornography count on April 15 — the very next day.

Sandate’s plea agreement explains the broader factual narrative. It says a fellow officer on the Primera Police Department found a “Micro SD card on the floor of the Police locker room.” Not knowing what the card contained, the officer checked its contents and made a shocking discovery:

The officer used a card reader to view the videos of the ADATA Micro SD Card and viewed what appeared to a be a minor female in a bedroom in various states of undress. The officer then saw a video of what looked like fellow police officer JOEL ALEX SANDATE looking into the lens of the camera and adjusting the angle of the camera after looking back and forth to his phone and the camera lens. Officer Lopez reported the contents of the ADATA Micro SD Card to Special Investigations Unit with Cameron County District Attorney’s Office who then obtained an arrest warrant for JOEL ALEX SANDATE.

A subsequent search warrant uncovered “two Fredi cameras hidden behind [a] vanity” inside the bedroom where the recordings occurred. Furthermore, according to the court records, two “identical” cameras turned up inside the defendant’s pickup truck.

Agents with the Department of Homeland Security found videos dating from Sept. 2019 to March 2020 which “depicted a minor female (age 14) in various states of undress” on the defendant’s nefarious collection of cameras, cell phones, and storage cards, the plea agreement also states.  “The videos met the statutory definition of child pornography pursuant to Title 18 U.S.C. Section 2256(8)(A),” the defendant admitted by attaching his signature to the bottom of the document.

A federal district court judge ordered Sandate to serve 120 months behind bars. He was also ordered to pay $4,320 in restitution and an additional $10,000 special assessment. He will serve 20 years on supervised release after he’s out of prison. He will also be forced to register as a sex offender.

Other possible fines were “waived due to inability to pay,” the court docket says. It also says the victim’s mother addressed the court at sentencing.

The docket further indicates that the defendant must adhere to a litany of other restrictions once he gets out of prison: