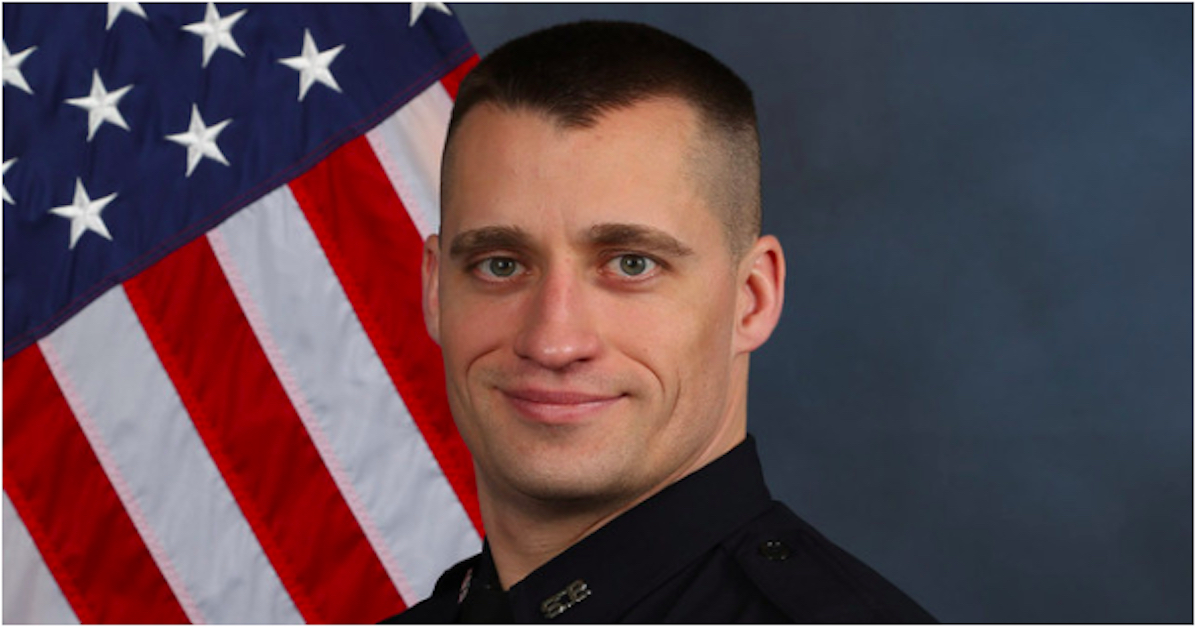 Nearly two years ago, a now-former police officer in Washington state lost his job after being charged with raping a victim of domestic violence. The same officer now faces fresh allegations that he raped a second female assault victim, local news stations reported.

In November 2019, then-Officer Nathan R. Nash responded to a report of domestic violence, but the alleged victim accused of violating her rather than helping her. The department fired Nash, who was charged with second-degree rape, third-degree rape, and official misconduct. He pleaded not guilty.

Nash was awaiting trial on the first rape allegation when deputies with the Spokane County Sheriff’s Office took him into custody on Wednesday. They charged him with second-degree rape and unlawful imprisonment in connection with a July 2019 incident involving a second alleged victim who came forward with additional, unrelated sexual assault allegations.

According to court documents obtained by ABC-affiliated new station KXLY-TV, the second victim was a 40-year-old woman who identifies as having “a minor cognitive disability” and lived in an apartment complex in Spokane. She called 911 on July 6, 2019, to report to police that a male neighbor in her building who had been harassing her on a regular basis, had come into her apartment without her consent and assaulted her the previous day.

Nash and another officer responded to the call, per court documents, which said that Nash “visually inspected” the injuries the woman sustained. He also allegedly told the victim he would come back to her apartment the next day with a camera to “take pictures” of her injuries, giving her a crime victims card with “his phone number” written on it.

The court records said Nash called the victim the next day to remind her that he would be coming by to photograph her injuries, and even asked her to “wear a dress” for the pictures.

“She then said Nash pulled her dress up and sexually assaulted her with his fingers. The victim told police she did not know how to respond and feared he might shoot her,” KXLY reported.

“The victim said Nash then sexually assaulted her with his penis. She told police she was ‘afraid to fight’ because he ‘had his uniform and gun on and everything.’”

After the encounter, Nash allegedly forced the victim into the bathroom where he turned on the shower and forced her under the water, according to a report from local NBC-affiliate station KHQ-TV. The victim said she thought Nash may try to drown her but instead he told her to clean up.

Nash allegedly returned to her apartment about a month later to discuss the previous sexual assault and the two engaged in consensual sex, according to court documents. The victim said she was suffering PTSD at the time of the second sexual encounter.

The assault was not reported until July 20, when the victim called police to see if her neighbor had been charged for assaulting her. During a conversation with Detective Brad Humphrey of the Spokane County Sheriff’s Sexual Assault Unit (SAU), she mentioned that Nash had “violated” her when he came to her apartment to take pictures. After an extensive investigation, the sheriff’s office developed probable cause to charge Nash on the allegations.

He is currently being held in the Spokane County Jail.

“The Spokane Police Department is deeply troubled by a new accusation against Nathan Nash, a former SPD officer. The latest allegation was reported to SPD last month and SPD immediately referred the information to the SCSO for investigation,” the department said in a statement sent to news outlets.

“The Spokane Police Department takes these accusations of officer misconduct very seriously. In 2019, when the first allegation was made, Nash was promptly removed from patrol by a supervisor. Nash was escorted to the Public Safety Building where his duty weapon and badge were confiscated and all law enforcement authority revoked. Nash has been separated from employment since the original criminal charges were filed.”

The department also thanked the victims “who showed great courage by coming forward and bringing these allegations to light.”

The Spokane Police Department and Prosecutor’s Office did not immediately respond to emails from Law&Crime requesting additional information on the case.