Florida Man in Custody Fight Killed His Son, Then Himself During Visitation: Police 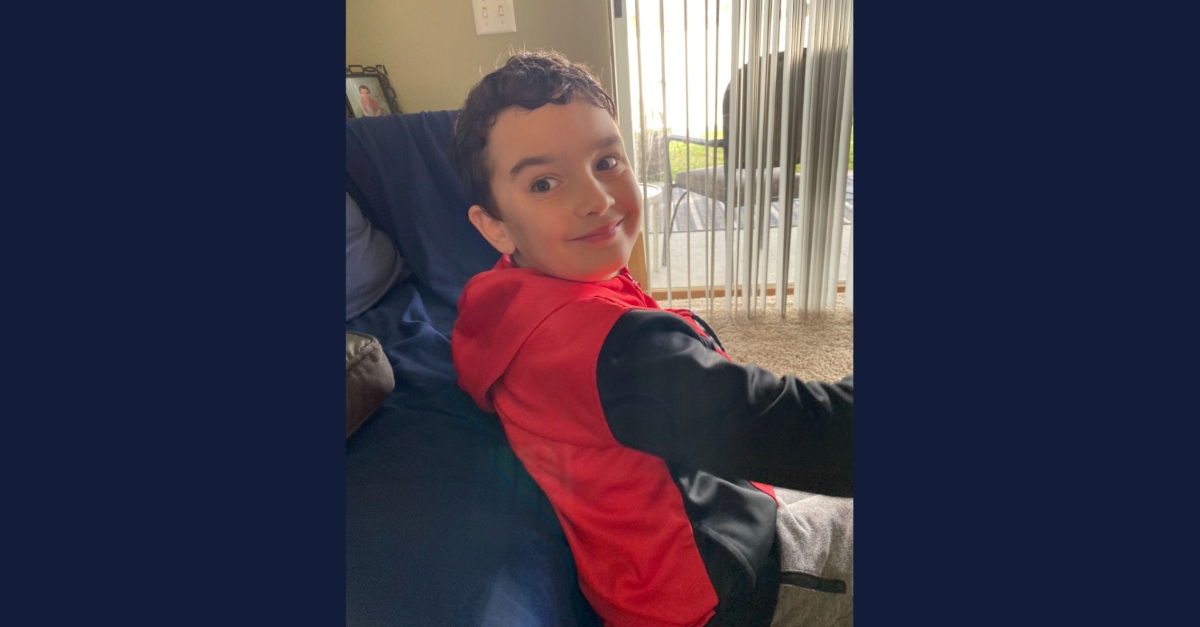 A man allegedly involved in a custody dispute shot and killed his own son over the weekend and then took his own life, leaving apartment complex personnel to find the bodies, Florida police have confirmed.

The St. Petersburg Police Department identified the father as Kevin Bybee, 44, and the boy as Andres Chateau, 9, in a news release.

Jessica Chateau said that Andres routinely spent weekends with his father, and she went to pick him up on Sunday as usual.

“I could see almost inside, and I could see his shoes,” Chateau told local CBS affiliate WTSP. “I saw his cars were there, I saw my baby’s shoes … It was dark in there and the knock just sounded hollow.”

When there was no answer at the door, she said she called the St. Petersburg police for help. At the time, officials said that without any reason to think something had happened, they couldn’t enter Bybee’s apartment without permission.

“They said that because of the 4th amendment that they can’t just break in the door,” she told local CBS affiliate WTSP. “They can’t do anything. There’s nothing that looked suspicious even though you feel like it is.”

“They just did not have exigent circumstances to forcibly enter the home,” St. Pete police PIO Yolanda Fernandez told Law&Crime of the Sunday encounter.

She said that police did not feel at the time that someone’s life was in danger. Officers could see the cat in the window, she said. There were no noises or sounds from inside.

There was no history of threats or mental illness, she said. In her account, officers contacted Bybee’s brother on the phone, and when asked, he said he knew of no mental issues. Police learned that Bybee liked to fish, and they checked local lakes. Neighbors in the building did not hear anything, Fernandez said.

Police do not have the right to take a child from a biological parent and give them to another parent, she said. It is a civil matter.

“There’s a lot of issues here that left us concerned, but nothing really that we could take action,” she said.

Chateau told WTSP she tried again the next morning, asking apartment management for help. They had her wait in the office while they unlocked Bybee’s door, where they made the horrifying discovery, officers said.

Police said they got a call on Monday at 9:45 a.m. to the Trellis at the Lakes Apartment Complex on MLK St., where Bybee lived.

“The mother of the child was there to pick-up her son and the estranged father was not responding to calls or knocks on the door,” officers said. “Officers had management open the door and they found both deceased from gunshot wounds. After a preliminary investigation, detectives believe the father shot his 9 year old son, then shot himself.”

Chateau told WTSP that she was still in the office when apartment workers made the grim discovery.

“I’m sitting there,” said, according to WTSP. “I see the fire truck come in, and that was just confirmation. I just left and I started running down the street.”

According to police, Chateau and Bybee were currently embroiled in a custody dispute.

“They had been in a contentious custody dispute, but there had been no threats or signs beforehand that it would get to this point,” Fernandez told local NBC affiliate WESH.

In a press release, police did not detail a possible motive, but online court records show that the apartment complex was evicting Bybee, starting with a complaint filed March 21.

A motion for summary judgement dated Tuesday asserted that Bybee never answered the allegations of failing to pay rent.

Fernandez told Law&Crime that the last communication was a text argument over child support payment. The motive is still under investigation, she said. Fernandez said they are still waiting on the medical examiner’s determination on cause of death.

A GoFundMe campaign to finance Andres’ funeral had raised almost $13,500 of a $25,000 goal as of Wednesday afternoon.