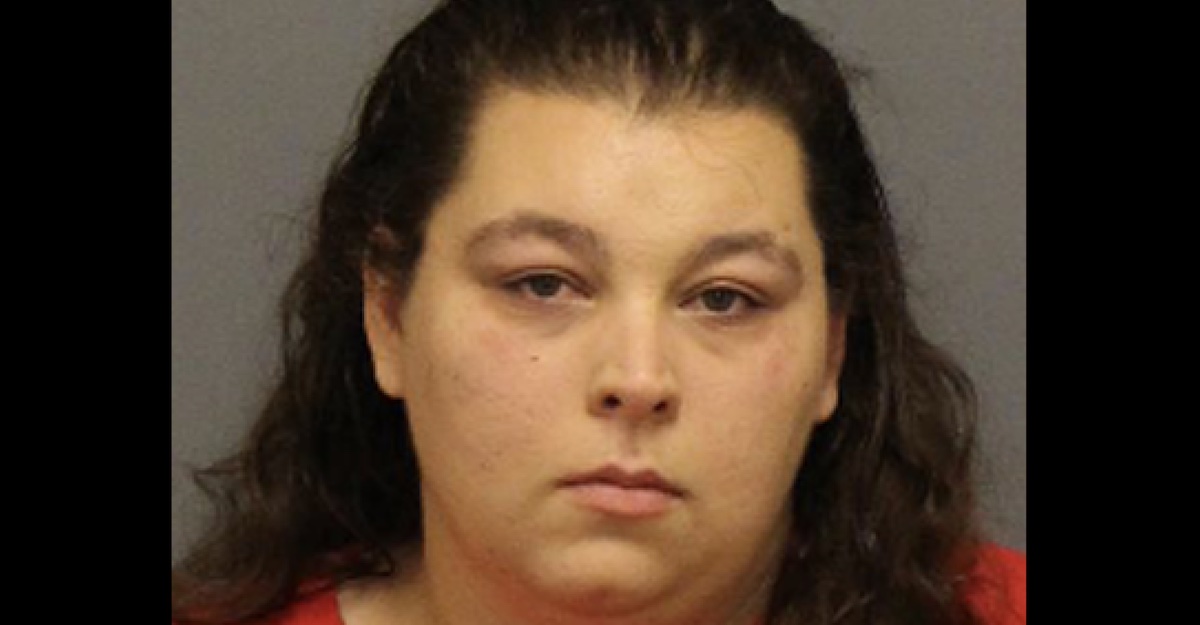 A 25-year-old former day care worker at Fellowship Presbyterian Church’s Fellowship Day School in Greensboro, North Carolina has been sentenced to five decades behind bars after pleading guilty in Nov. 2020 to one count each for producing and distributing child pornography. Some of those images and videos even showed Alyson Brooke Saunders sexually abusing the young children while they were in her care, the Department of Justice said.

The Saunders case first landed on the radar of authorities around Feb. 2019 — after a person was reportedly arrested in Great Britain on child pornography charges.

“According to court documents, in or about January and February 2019, while employed at a day care facility in the Middle District of North Carolina, Saunders admitted to using five minor victims in her care to create sexually explicit images and videos, including some in which she also engaged in hands-on sexual abuse of some of the children,” the DOJ said in a statement. “The defendant then sent these images and videos to an online co-conspirator, with the knowledge that he intended to post them on the internet.”

It had been alleged that Saunders committed crimes against children as young as 2 and 3 years old. She was indicted federally in Aug. 2020 on more charges than she ended up pleading guilty to committing. Saunders was initially indicted on four counts of producing child pornography, one count of conspiracy to produce child pornography, and count for distributing child pornography. Many of the filings in this federal case, including sentencing memoranda, are currently sealed. WFMY-TV reported after Saunders’ April 2019 arrest on state charges that the then-23-year-old confessed to making child pornography at the church day care.

The local CBS affiliate said most of the details they had seen were “too graphic, too disturbing, and [too] downright unspeakable” to repeat. But the television station did say that the victims were ages 2 to 3, that they were boys and girls, that the alleged offenses occurred between Jan. 2019 and Feb. 2019, and that the child pornography material included both pictures and videos — including videos recorded “inside the daycare on the changing table.”

Guilford County Jail records indicate that Saunders has been a federal inmate since September 15, 2020: 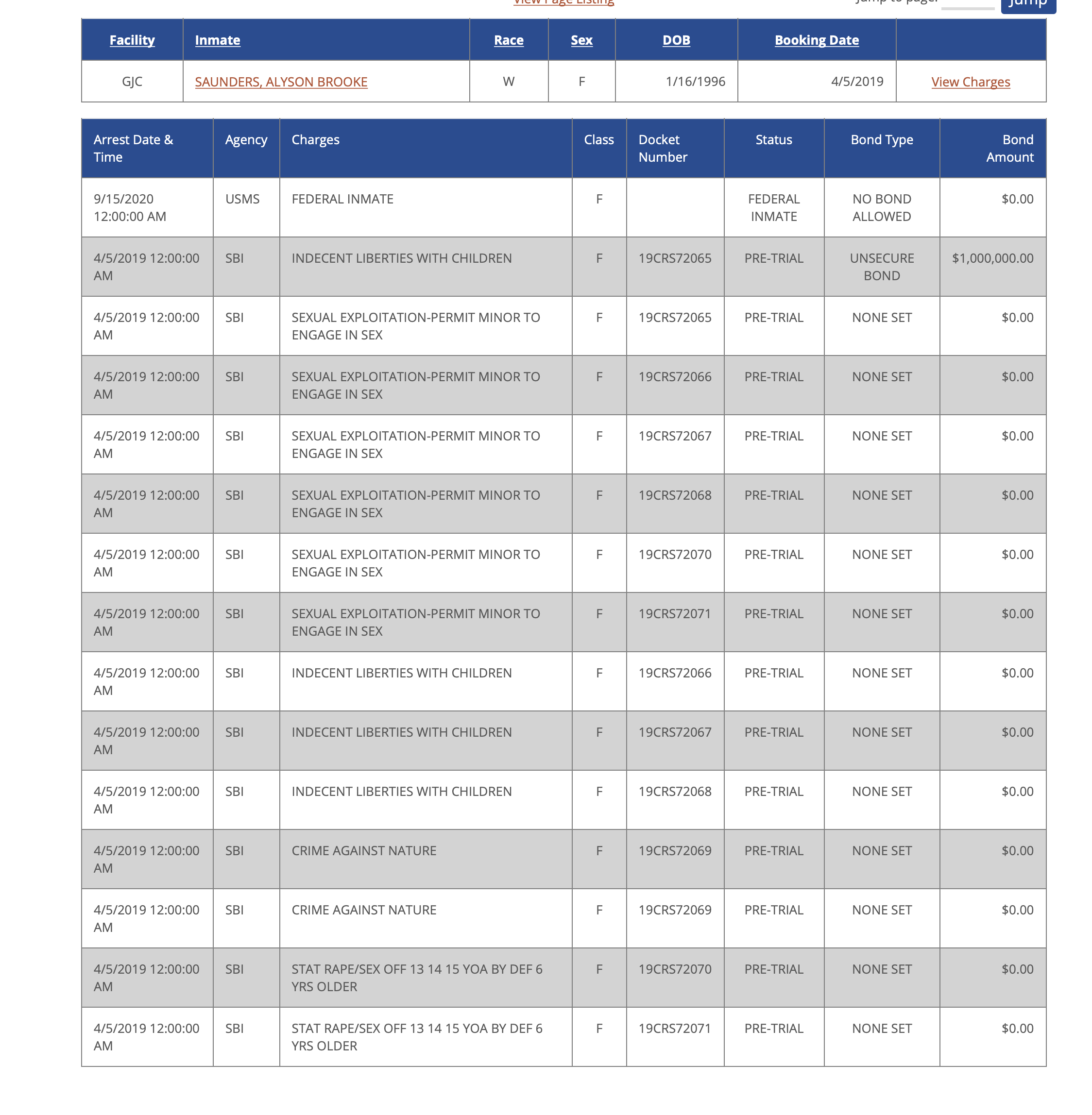 The records also show a host of state felony charges, the status of which are listed at the “pre-trial” stage. Those charges of statutory rape, indecent liberties with children, sexual exploitation, and crime against nature go back to April 5, 2019, which was the day that Saunders was booked in Guilford County. At least one local news report said that the “crime against nature” charges involved a dog.

The latest entry in the federal docket, from Monday, noted that Saunders was remanded into federal custody after she was sentenced to decades in prison:

Saunders was also sentenced to 20 years of supervised release.

“The defendant in this case exploited her position as a caregiver to produce sexually explicit images of vulnerable young children with the purpose of providing the images to a co-conspirator,” acting Assistant Attorney General Nicholas L. McQuaid said in a statement. “Thanks to a proactive investigation by our law enforcement partners and the department’s continued commitment to combatting child sexual exploitation, the defendant was apprehended and received a significant penalty for her heinous crimes.”