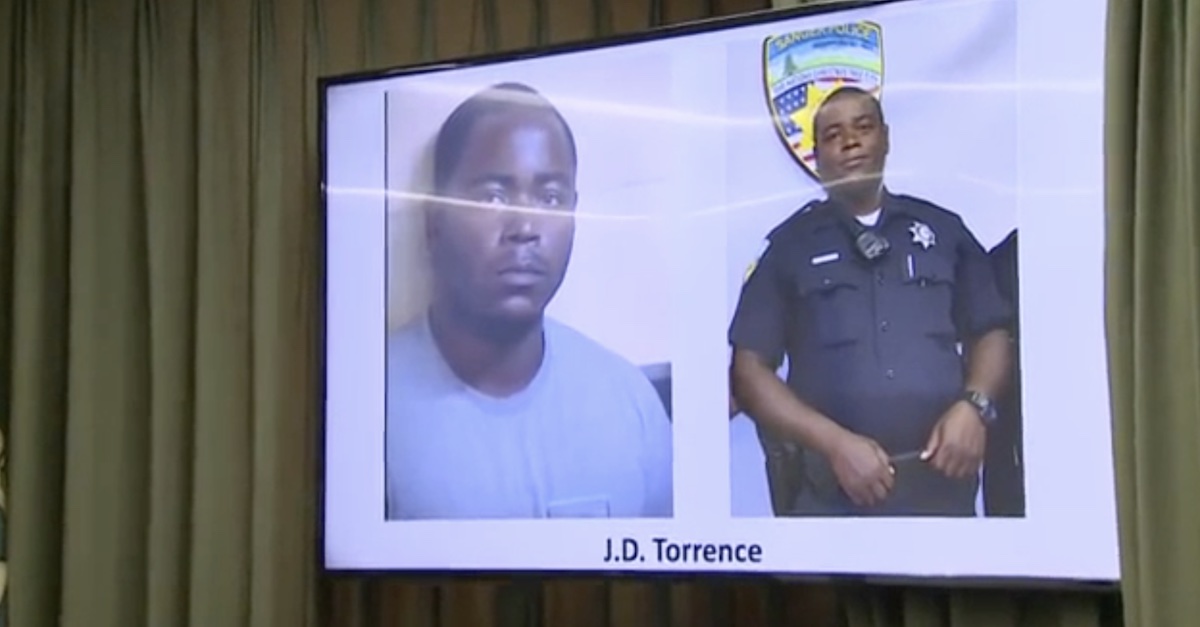 A former police officer in California faces a federal indictment in connection with alleged sexual assaults of four women while he was on duty, the unsealed documents revealed on Friday.

The women, identified in documents only as M.C.G., L.S., S.L., and B.H., said that the then-law enforcement officer committed the crimes over a time period spanning from August 2017 to June 2021.

Documents allege that on or around March 5, 2018, the defendant then “directed S.L. to remove her shirt” under the “pretext” of photographing her injuries. Around three days latter, Torrence allegedly touched S.L.’s genitalia, breast, and buttocks without her consent.

Court records show that Torrence was arraigned by video conference on Friday and entered a not guilty plea. The defendant remains in federal custody. A detention hearing is expected to take place in the U.S. District Court for the Eastern District of California at 2 p.m. PT on Wednesday. Mohamad Baydoun was listed as Torrence’s defense lawyer.

The DOJ noted that Torrence is no longer an employee of the Sanger Police Department. Sanger, California is a city located east of Fresno.