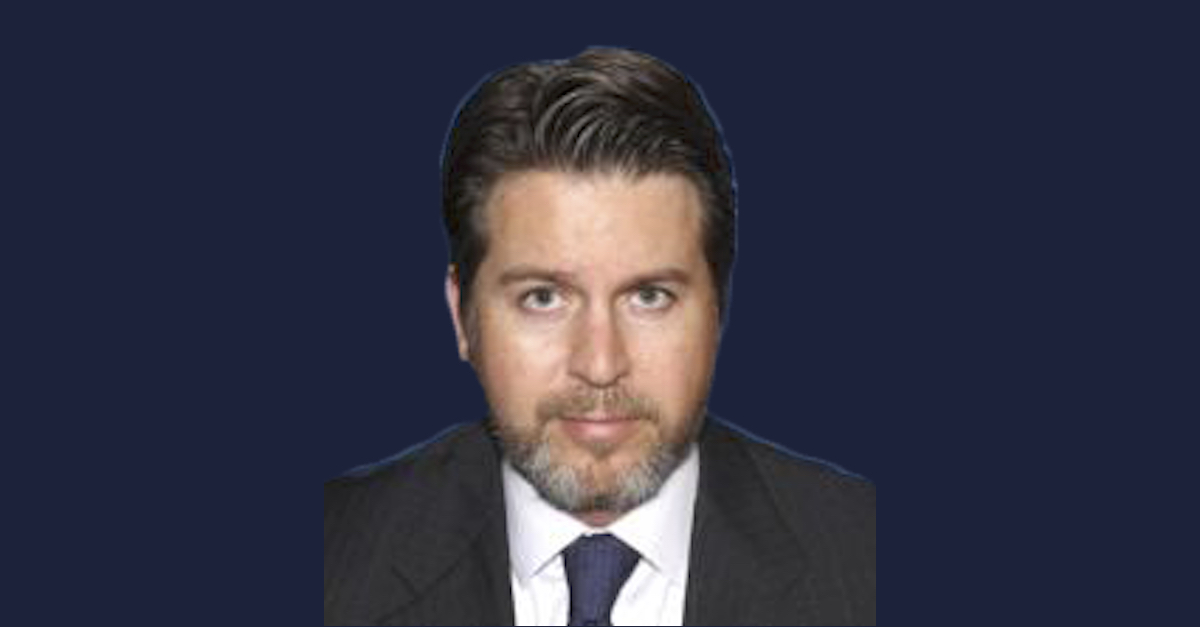 An Arkansas judge was found dead at the bottom of a lake on Sunday morning following an intensive search that began the previous night.

Jeremiah T. Bueker, 48, was recovered by deputies with the Jefferson County Sheriff’s Office, a press release issued by the agency said. The deceased sat as a judge in the Northern District of Arkansas County.

Hailing from Stuttgart, Ark., Bueker had a law practice there that bore his name. He was a licensed attorney for well over 20 years and sat as an elected judge since defeating an incumbent in 2012.

“I, along with the City of Stuttgart and the Grand Prairie community are shocked and heartbroken at the loss of Jeremy Bueker,” she wrote. “Jeremy was an important and special person in this community, serving as a good friend, fierce attorney, and as Arkansas County Northern District Court Judge for nearly a decade. I am praying for Sunny, his family and this community as we mourn this tragic loss.”

Bueker traveled to an area near Mud Lake, a tributary of the Arkansas River, just north of Achorn Drive in Reydell, Ark. for a weekend of recreation and travel with several friends and family members.

In comments to the Northwest Arkansas Democrat Gazette, JCSO Major Gary McClain elaborated on the circumstances of how he believes the judge went missing in the first place.

“His family had a weekend at a cabin on the family’s property,” he told the paper. “They were riding side-by-sides [UTVs] and returned back to the cabin. It appears he decided to go swimming after maybe being dusty and he went missing. No one was with him, he was alone.”

The family relayed that they weren’t too worried at first because the judge was known to be an avid swimmer, McClain said.

But then, hours passed.

“At some point during their outing, Bueker reportedly ventured off alone,” the sheriff’s department noted in the press release. “After time had passed and no one had seen or heard from Bueker, worry began to set in. A search for Bueker by family and friends began.”

The deceased jurist was last seen alive near the lake itself but as the initial search turned up no results and because it was well past sunset, law enforcement was called and Bueker was reported missing.

Sheriff’s deputies were dispatched to the area “just before midnight and immediately responded,” the JCSO said. A task force made up of the JCSO Marine Patrol and wildlife officers with the Arkansas Game & Fish Commission began to search the ground and water.

But for hours, deputies and officers had no luck.

The sheriff’s office noted that boats were “deployed to aid in the search of Bueker” and that such law enforcement efforts “continued well into the early morning” hours but low visibility conditions eventually forced the ground and water searches to be briefly paused.

With morning light, the search began anew. Just after sunrise, deputies and officers “scoured the depth and breadth of Mud Lake,” according to the JCSO, using advanced technology to aid their efforts.

“The boats used were equipped with side-scan sonar, which provides a birds-eye view of the water,” Jefferson County Sheriff Lafayette Woods, Jr. said.

The side-scan sonar “revealed a body on the bottom of the lake,” the sheriff’s office said in the press release. Deputies next used subsurface body recovery drag and rescue hooks to remove the deceased man from the lake. Deputies and investigators then conferred with Bueker’s family members and positively identified him.

A map provided to the media by the JCSO suggests the judge’s body was found near the Fin and Feather Lodge. According to McClain, Bueker was found not far from the dock on the family’s property. 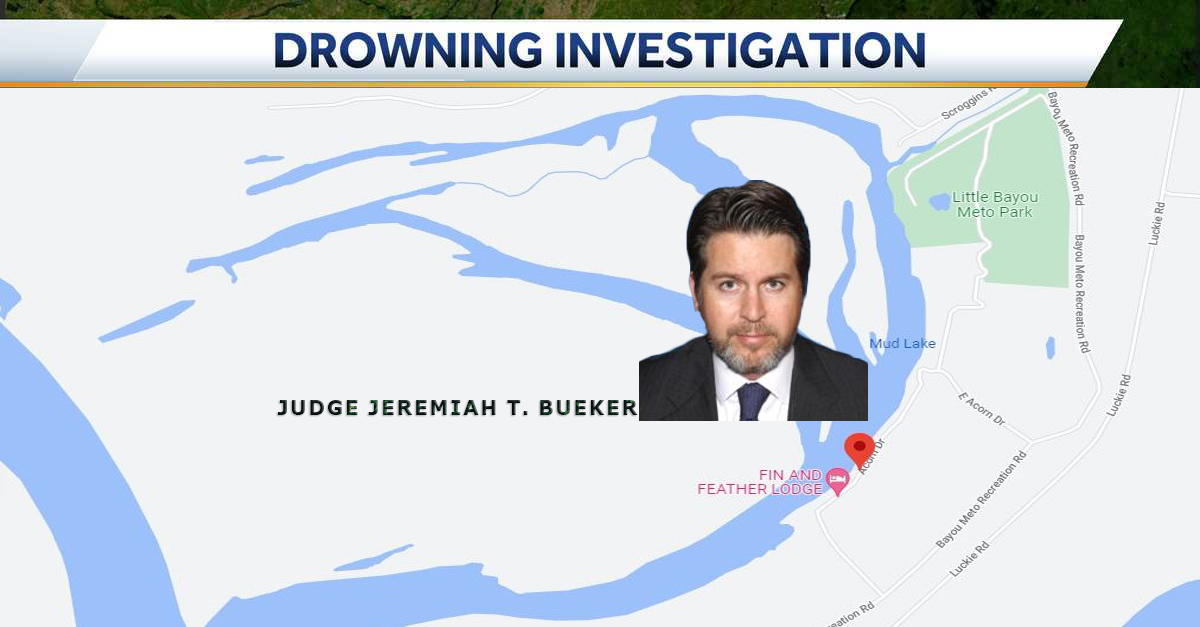 “I truly pray that the successful recovery of Judge Bueker’s body by our deputies and Arkansas Game & Fish Wildlife Officers brings some sense of closure to the Bueker Family and those who knew him best,” Woods added. “The scour of emotions they must feel right now is devastating.”

The Arkansas Judiciary said they were “shocked and saddened” to hear of the judge’s “untimely passing.”

“He was a colleague and friend to many within the Judicial Branch,” a spokesperson told Law&Crime. “He was a respected and well-liked jurist, serving the people of Arkansas County since 2012 as district judge and practicing for over 20 years as a licensed attorney. We are especially heartbroken for his wife Sunny and his family, to whom we offer our deepest condolences. Our thoughts are with them at this horrific time, and we pray for their peace as they grieve this unexpected loss.”