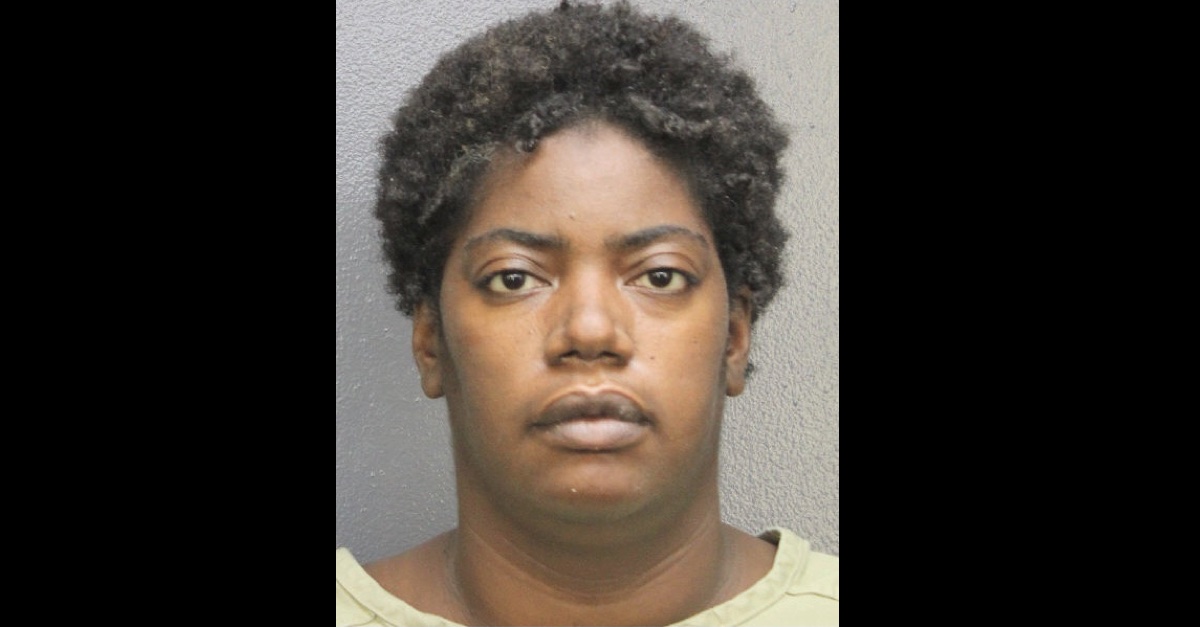 A Florida woman has been arrested and charged with murder in the deaths of her two daughters, whose remains were found in a canal in June.

Tinessa Hogan, 36, was arrested Tuesday and charged with two counts of first-degree murder, according to Broward County Sheriff’s Office records. The bodies of her daughters, 9-year-old Destiny and 7-year-old Daysha, were found in a Lauderhill canal on June 22.

In June, Lauderhill police identified Hogan as a “person of interest” during a press conference about the grim discovery about the young girls. Destiny was found first, at around noon, and Daysha was found around eight hours later. 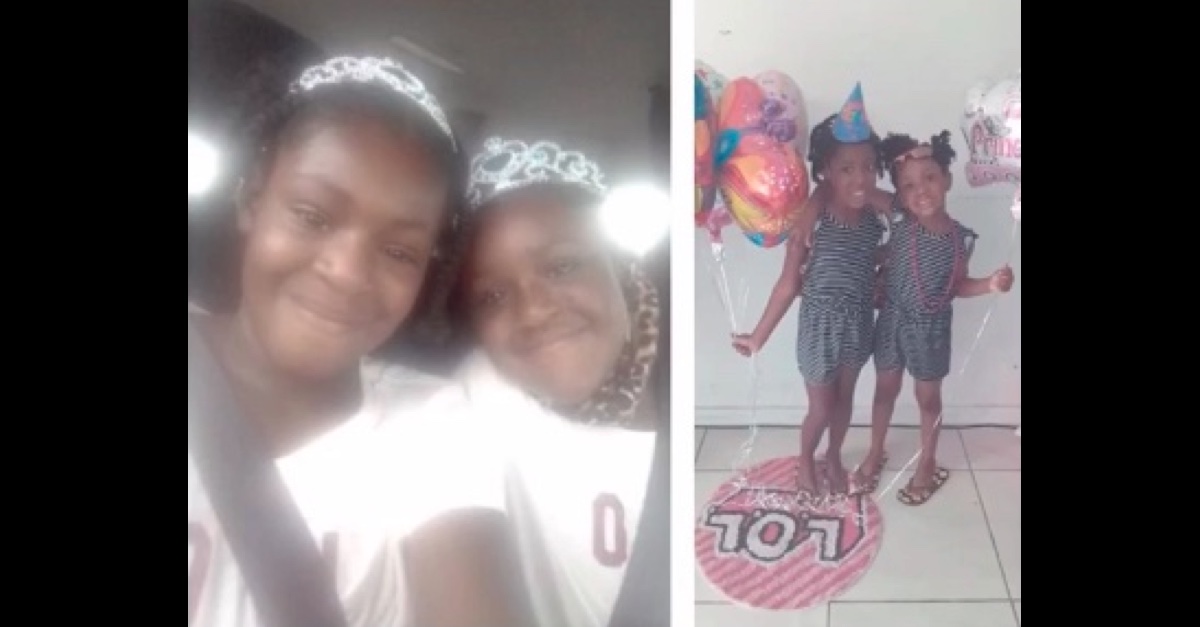 At the time, Lt. Mike Bigwood, of the Lauderhill police, said that Hogan was not under arrest, but also that she was not “in the community” at the moment and was not a danger to the public. Lt. Bigwood would not confirm whether Hogan was in custody.

People magazine, however, reported that Hogan has been hospitalized since her daughters’ bodies were found “due to her allegedly erratic behavior in the days prior.”

The children were last seen with their mother around 5 p.m. the day before they were found, Bigwood said at the June press conference. He confirmed that the girls lived with Hogan in the area near where they were found in the canal.

Bigwood also said that Hogan had previously been seen in the canal, holding a Bible offering baptisms to strangers and people in the community. Police were considering whether Hogan was attempting to baptize her daughters at the times of their deaths.

Police said that Destiny was wearing shorts and a gray shirt with the word “Dream” on it when officers recovered her body. Daysha was wearing a tan T-shirt and pajama bottoms with flowers when she was found about a half-mile away.

Officials would not identify or confirm the cause or causes of the girls’ deaths.

The girls’ father, Darren Hogan, has reportedly been estranged from the family for around 10 years, police said, and other relatives live outside of Broward County.

In June, local station WPLG reported on area reaction to the news of the girls’ deaths. One woman said that Destiny had marks on her body when she was found, and described a disturbing scene.

“Derika Brown, Shakima Birch and Michelle Golden were among the people who visited the canal on Wednesday,” WPLG reported. “Brown dropped off two balloons. Birch and Golden, who both live nearby, were there to pray for the girls. ‘The way how the little girl looked yesterday with all the scratches on her and … her fists bawled up,’ Birch said. ‘It just made me cry and I’m like, Was she trying to grab onto something? or Was she fighting for her life?’”

Under Florida law, if convicted, Hogan could face the death penalty, or life imprisonment without the possibility of parole.

Broward County records did not indicate whether Hogan had an attorney, and no release date for Hogan was indicated.