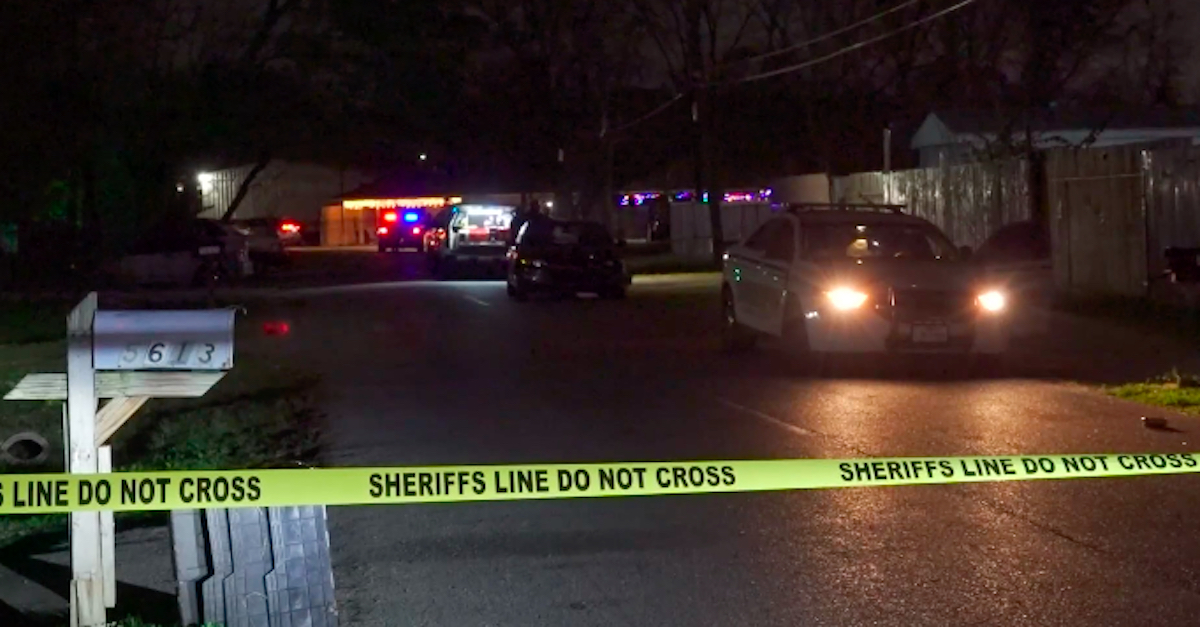 Authorities at the home of Maria and Arsenio Gonzalez

A father in Texas allegedly beat his wife to death and then took his own life in the early hours of Christmas morning while five children were inside of their family home. Local authorities say 45-year-old Arsenio Gonzalez killed his wife, 42-year-old Maria Gonzalez, before shooting himself in the head.

Deputies with the Harris County Sheriff’s Office responded to a 911 call at approximately 1 a.m. at a home on Daun St. near Mt. Houston. Upon arriving at the scene, first responders discovered the bodies of an adult man and an adult woman on the front lawn of the home. A firearm was recovered near the bodies on the lawn and both adults were pronounced dead on the scene.

According to Harris County Sheriff Ed Gonzalez, deputies also found five children inside the residence. They ranged in age from 7 to 16. None of the children were injured or witnessed what transpired outside of the residence between the two adults, authorities said. All five of the kids reportedly left the residence with personnel from Child Protective Services.

Sheriff Gonzalez said that Maria’s body “had signs of blunt force trauma” while Arsenio appeared to have died from a self-inflicted gunshot wound. The two had reportedly spent the evening at a family Christmas event and had only been home a short while before the murder and apparent suicide took place.

“This couple, a man and wife were at a family function earlier. They came home and then this incident occurred, so the investigation is ongoing. None of the kids were injured, nor did they witness anything at the time,” Sheriff’s Sgt. Greg Pinkins told Houston NBC affiliate KPRC-TV.

Pinkins also said that investigators would be interviewing family members who attended the event to see if they could provide insight into what, if any, motive Arsenio had for allegedly killing himself and his wife.

“Right now, we’re in contact with [Child Protective Services] and we’ll let them determine who they will be released to, probably family members. We’ll continue to do our investigation here and we’ll be talking to family members who were probably at the party to see if we can get some background.”