Federal Prison Warden Convicted of ‘Egregious Sexual Abuse and Gross Exploitation’ of Multiple Inmates in All-Women’s Facility, Even Directing One Victim to Use a Candy Cane 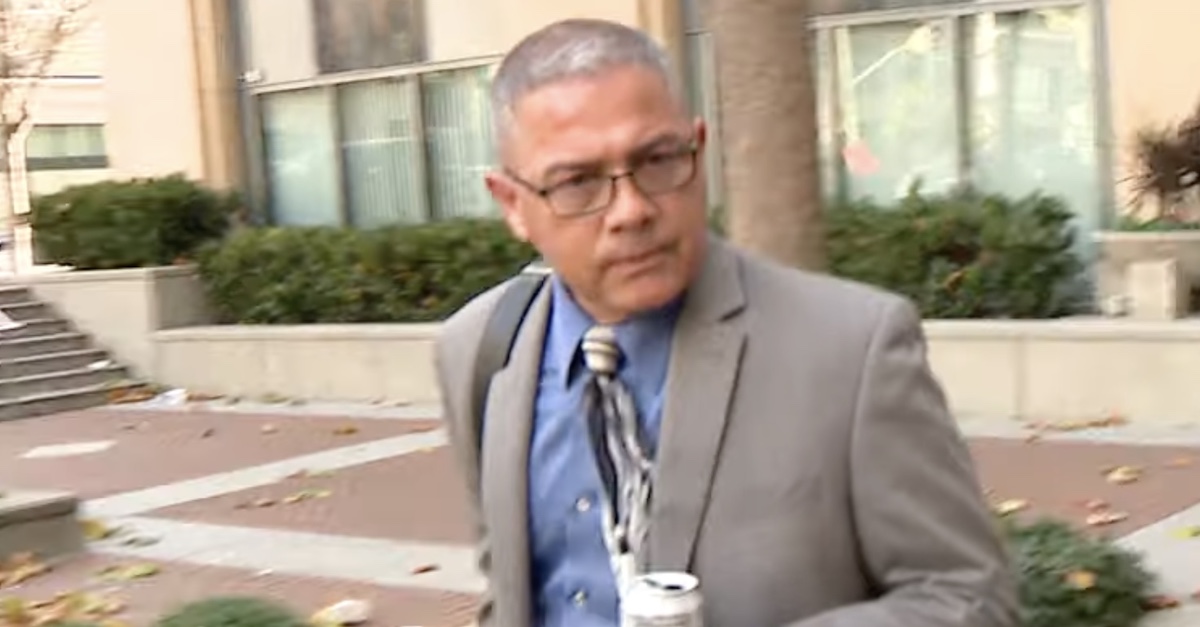 The former warden of an all-women’s federal prison in California has been convicted of multiple sex crimes in connection with his time overseeing the facility. A federal jury in Oakland on Thursday found Ray J. Garcia guilty on seven counts of sexually abusive conduct against multiple inmates under his charge, authorities announced.

Garcia was specifically convicted on four counts of abusive sexual contact and three counts of sexual abuse of a ward as well as one count of making false statements to a government agency during the investigation of the criminal acts. He is the highest ranking employee with the U.S. Bureau of Prisons to be convicted on such charges.

“Today’s guilty verdict is one important step in our ongoing efforts to root out sexual misconduct within the Bureau of Prisons,” Deputy Attorney General Lisa O. Monaco said in a statement on the outcome of the case. “It also delivers justice to the victims in this case, who were repeatedly subjected to the defendant’s egregious sexual abuse and gross exploitation of power. As this verdict illustrates, the Department of Justice is committed to prosecuting cases of criminal misconduct by Bureau employees and to holding accountable all who violate their duty to protect those in their custody.”

According to a press release from the Department of Justice, prosecutors at trial presented evidence showing that when Garcia was as an associate warden and warden at the low-security Federal Correctional Institute in Dublin (FCI Dublin) between 2019 and 2021, when the abuse against three female victims took place.

Three of the sexual abuse counts against Garcia and one of the sexually abusive contact charges stemmed from his conduct toward a female inmate, referred to in court documents as “Victim 1.” Beginning in December 2019, Garcia would “engage in sexual contact” with the victim in the prison visitation room and attached bathroom as well as in the inmate changing stall, the DOJ said.

Garcia retired from his post after federal agents found multiple images of nude inmates on his government-issued cell phone.

According to a report from San Francisco Fox affiliate KTVU, the three victims testified at trial that Garcia “fondled and groped” them, forced them to undress in front of him — sometimes taking photographs — and also made them “stroke him.” Victim 1 said that Garcia digitally penetrated her on several occasions, took photos of her naked on her hands and knees, and directed her to “insert a candy cane into her vagina,” as KTVU put it.

Garcia reportedly grabbed Victim 2’s butt and took photos of her without consent during a video sex chat while Victim 2 was staying at a halfway house under the direction of the Bureau of Prisons. He reportedly put Victim 3’s hands on his penis in the prison laundry room and fondled her breasts while in her cell.

The false statement charge resulted from Garcia’s interview with investigators looking into allegations of sexual misconduct at FCI Dublin on July 22, 2021. During the interview, Garcia falsely stated that he’d never asked an inmate to get undressed in front of him and claimed that he’d never inappropriately touched an inmate. Prosecutors, however, presented evidence showing that the former warden had made multiple inmates disrobe in his presence and that he’d additionally had sexual contact with the three victims.

Garcia testified in his own defense but the jury foreman reportedly told KTVU that jurors found his testimony “convoluted and implausible” and described him as being full of “hubris and arrogance.” The victims were identified in the report only as Maria, Melissa, and Rachel.

“The evidence presented at trial demonstrated that FCI Dublin’s former warden, whose responsibility was not only to assure the care and welfare of individuals incarcerated at his institution but also to demonstrate to employees that unethical and illegal conduct from prison officials would not be tolerated, used his authority instead to prey sexually upon female inmates under his control,” U.S. Attorney for the Northern District of California Stephanie M. Hinds said in a statement. “The jury heard the evidence of these despicable acts, and its guilty verdicts hold the former warden accountable for his crimes.”

The prison facility Garcia used to oversee is the same one where celebrities Lori Loughlin and Felicity Huffman did time for their college admissions scam convictions.