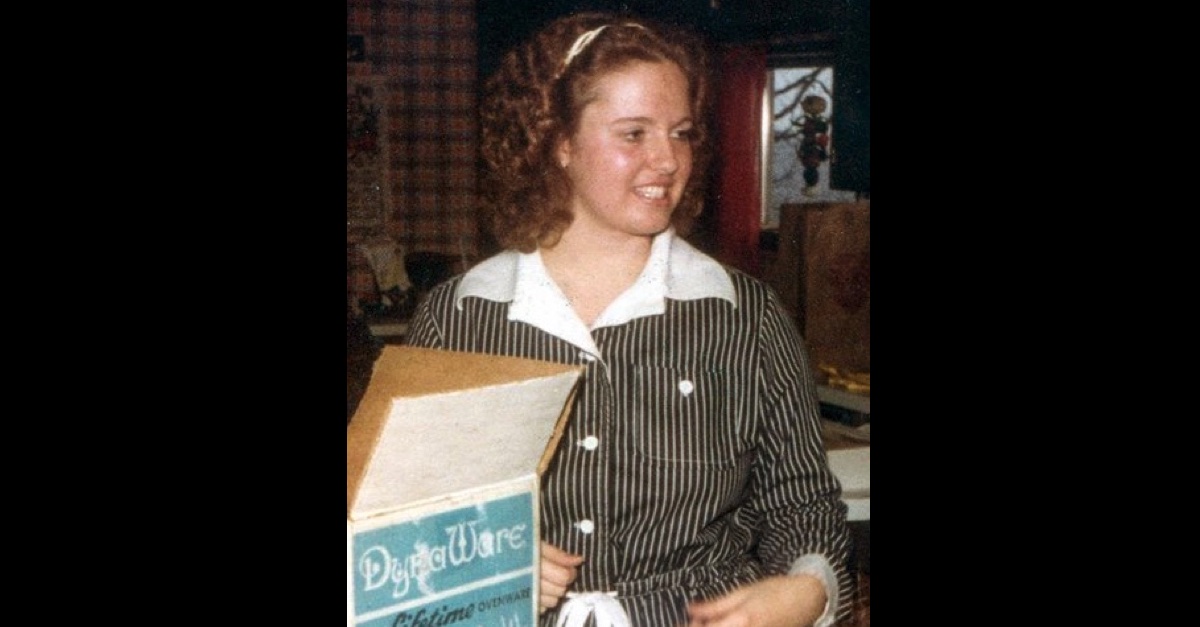 For almost 40 years, the victim of a serial killer in Alaska was known only as “Horseshoe Harriet.” Now, authorities say, DNA genealogy helped them identify her as Robin Pelkey.

In 1984, serial killer Robert Hansen—who murdered at least 17 women in Alaska in the 1970s—had pleaded guilty to four murders and several other felony crimes, according to a statement from the Alaska Department of Public Safety.

He eventually admitted to killing many more women, and, during a helicopter flight with Alaska State Troopers, pointed out the locations where he buried them.

Pelkey was just 19 years old when Hansen killed her. She was known as “Horseshoe Harriet” because her body was found near Horseshoe Lake north of Anchorage, Alaska Public Media reported.

“I would like to thank all of the troopers, investigators, and analysts that have diligently worked on this case over the last 37 years,” Alaska Department of Public Safety Commissioner James Cockrell said in a statement. “Without their hard work and tenacity, the identity of Ms. Pelkey may have never been known. The Alaska Department of Public Safety will leave no stone unturned in our efforts to solve major crimes in our state, hold anyone that violates our laws accountable, and bring closure to a victims’ family.

The renewed investigation into identifying Pelkey was launched in August, when the Alaska Bureau of Investigation (ABI) Cold Case Investigation Unit (CCIU) generated a new DNA profile and uploaded it into a public access genealogy database, the Alaska Department of Public Safety’s statement said.

The profile picked up several close matches, allowing authorities to build a family tree, the statement said. Genealogy research by Parabon Nanolabs and the ABI indicated the remains might be Pelkey’s.

Additional research revealed potential relatives of Pelkey’s that currently live in Alaska and Arkansas, and records showed that she had been living in Anchorage in the early 1980s when Hansen was committing the murders, the statement said.

The ABI sought help from the Arkansas State Police, and they were able to get a close relative of Pelkey’s to provide a DNA sample. The analysis of that DNA, completed in September, confirmed that the victim was indeed Pelkey, according to the statement.

Pelkey was born in 1963 in Colorado. No record was found reporting Pelkey missing, the statement said.

The confirmation of Pelkey’s identity brings Alaska authorities one step closer to identifying all of Hansen’s victims: the ABI is currently using genetic genealogy to identify the last of Hansen’s unidentified victims, known as “Eklutna Annie.”

Robert Hansen terrorized dozens of women in Alaska in the 1970s, according to a report in the Washington Post. In addition to the murders, Hansen confessed to raping 30 other women, the Post said.

He would abduct the women in Anchorage, where he lived, and take them to remote places outside of the city. Sometimes he would drive, and sometimes he would fly his private plane, the Post report said.

Sometimes Hansen would rape his victims and let them return to Anchorage, warning them not to talk to police, according to the Post report.

Other times, however, he would let them go free in the wilderness, and then hunt them with his rifle, the Post said.

Many of his victims were dancers and prostitutes.

After he was caught, he was known as “the Butcher Baker,” because he owned a bakery in a mini-mall in the 1970s and 1980s. He lived with his wife and children, who, according to the Post report, knew nothing about his crimes.