Deputies have released the 911 call and incident report for a burglary suspect who died in an apparent suicide. Armando Manuel Caballero, 27, was found at an apartment complex in Seminole County, Florida, on Monday, authorities have said. That happened the same day deputies in neighboring Orange County announced he had expressed romantic interest toward his co-worker Miya Marcano, 19, and then snuck into her apartment shortly before she went missing.

“We found a suicide on property,” said a woman, whose name was redacted from audio. “Someone hung themselves from a garage.”

The caller said this garage was used to store paint.

According to the incident report, maintenance crew members said they discovered Caballero dead. The garage was usually left unlocked, but not this time.

“When they arrived this morning to let the paint crew access to the supplies, they found the door to be locked,” deputies wrote. “They then drilled the [lock], which is common practice when they don’t have a key, and upon opening the door they saw the deceased.”

A deputy wrote about seeing Caballero “partially suspended” from the garage railings from a red band. The 27-year-old’s feet were about an inch off of the ground. He was wearing a gray shirt and black gym shorts. Caballero was in the early stages of decomposing, a deputy wrote. Blood pooled from his ears and mouth, and he was in the early process of rigor mortis, with stiff joints.

“The maintenance employees advised that the last time the garage was entered by any of their staff was Friday evening,” a deputy wrote. “Therefore, Mr. Caballero entered the garage at some point after the evening of September 24th 2021, but prior to the morning of today, September 27th, 2021.”

Marcano was last seen Friday, Sept. 24, Orange County deputies have said. Sheriff John Mina told reporters in a press conference on Monday that at time of her disappearance Marcano was both an employee and tenant of the Arden Villas apartments, where Caballero was a maintenance worker. Caballero expressed a romantic interest in the young woman, but she repeatedly turned him down.

Deputies consider Caballero a person of interest in Marcano’s disappearance. According to Sheriff Mina, Caballero told investigators in the initial investigation that he last saw Marcano at 3 p.m. on Friday, about two hours before she was last seen. But the allegation is that Caballero actually used a master key fob to illegally enter Marcano’s apartment at 4:30 p.m. that day. Sheriff Mina said authorities got a burglary warrant on Caballero for this.

“Our sole purpose is to find Miya,” the sheriff said. Authorities recovered Caballero’s silver Ford Fusion, with the Florida tag PZUJ17. Mina called on the public to give any information on Marcano and Caballero: “Like I said, we already recovered that vehicle, but we want to know any circumstances where someone may have seen him in that vehicle and where they were.” 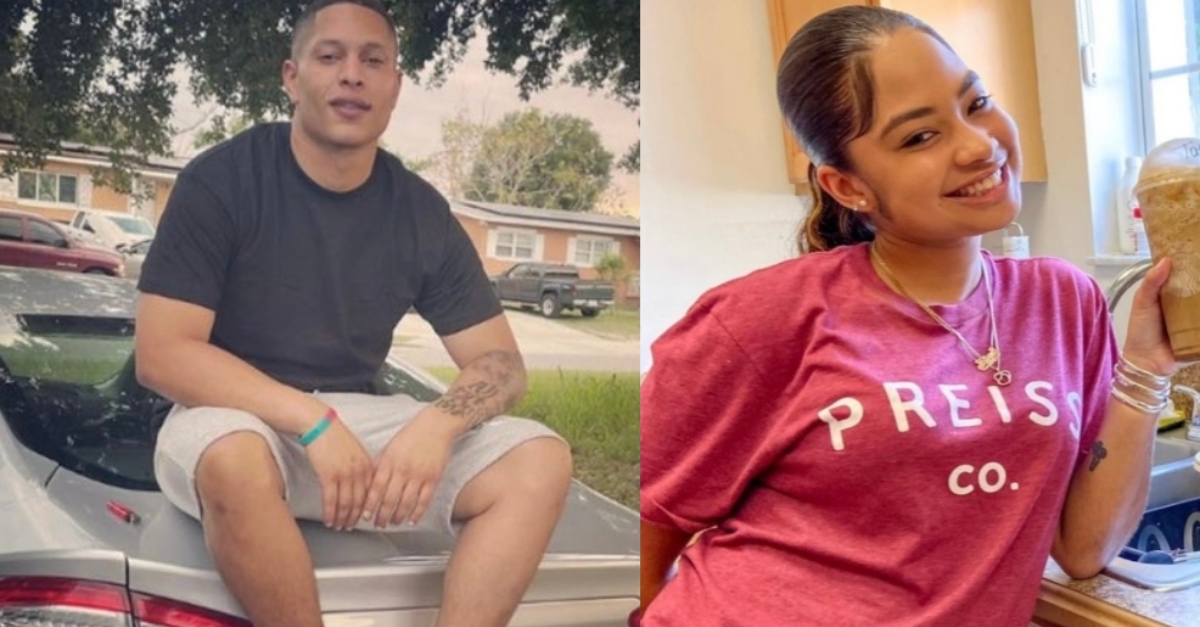 Marcano’s family expressed hope that their loved one is still alive.

Deputies described Marcano as Black, with brown hair and green eyes. She stands 5’0″ and weighs 130 pounds.

STILL MISSING: The red shirt (left) is what Miya Marcano was wearing when last seen on 9/24. She also had on jeans & a black hoodie.

On 9/27, person of interest Armando Caballero was found dead in an apparent suicide.