Denver Cops to Pay $365,000 for Killing a Man, Wounding Another with Barrage of Bullets in Botched Manhunt for Escaped Inmate 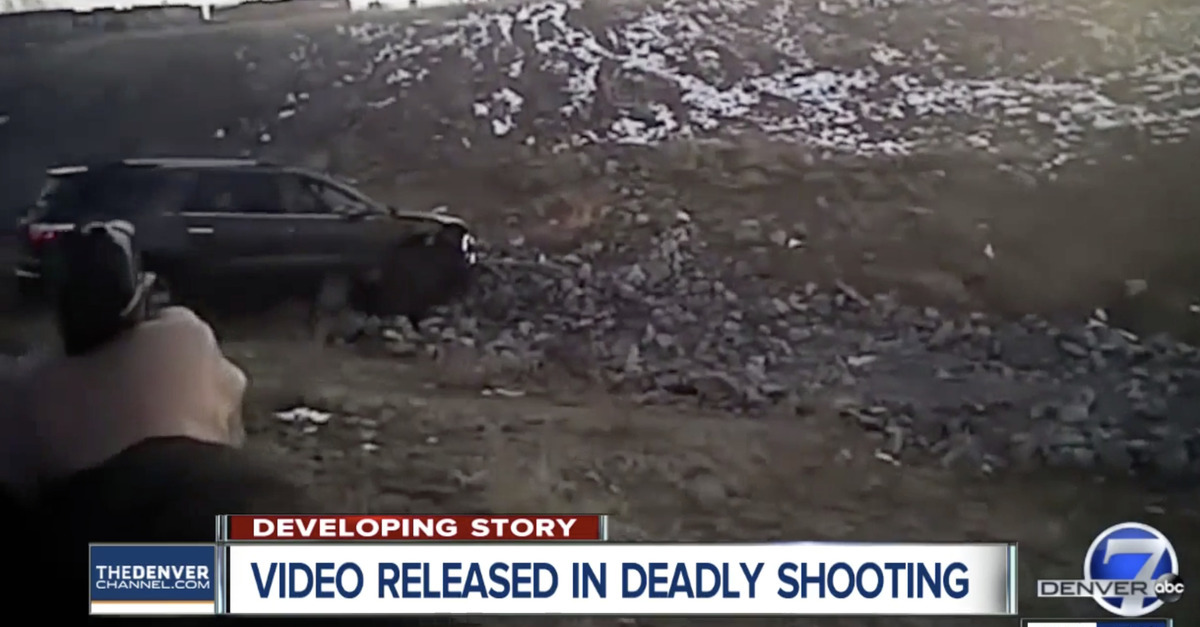 Body cam footage from the shooting of Nguyen and Landeros shows an officer shooting at the vehicle.

Police had been staking out a house in Aurora, Colorado while searching for escaped inmate Mauricio Venzor-Gonzalez.

Cops claimed to see two men leave the home and drive away in an SUV, throwing what looked like a gun out the window.

Officers Susan Mercado and Austin Barela believed Venzor-Gonzalez was in the vehicle, and considered him to be armed and dangerous. The two officers chased the getaway vehicle in their police cars, shooting at the SUV as it fled. As the SUV crashed into an embankment, a third officer — William Bohm — joined the shooting. The shots fired by officers hit then-23-year-old Rafael Landeros, Jr. and 27-year-old Steven Nguyen. Both men were taken to a hospital, and Nguyen later died of his injuries.

Venzor-Gonzalez had never been in the SUV, and what was thought to be a gun was actually a box containing methamphetamine. Officers Mercado and Barela were cleared of any criminal wrongdoing in connection with the shooting, as the district attorney found that the officers had reasonably feared for their lives as they sought an armed Venzor-Gonzalez.

Mercado and Barela, however, were put on a 90-day unpaid suspension from the police department for violation of official department policy, which prohibited firing at a moving vehicle. In Barela’s disciplinary letter, Deputy Director of Public Safety Mary Dulacki wrote, “While Officer Barela’s belief that he was in a situation that permitted him to use deadly force was not reasonable, his belief that he was engaging a violent, dangerous felon was.” Given that context, the letter explained, Barela was entitled to “a penalty in the mitigated range.”

Venzor-Gonzalez was ultimately captured five months after his escape. He had already been found guilty of first-degree of criminal attempt to commit murder, first-degree assault, witness/victim retaliation, and weapons possession, and had been sentenced to 32 years in prison. After his escape, he was sentenced to an additional four years in prison for escape and attempted murder.

The $365,000 settlement will go to the families of Nguyen and Landeros. It was unanimously approved by the Denver City Council without comment, 9News reported.

You can watch video of the shooting here: