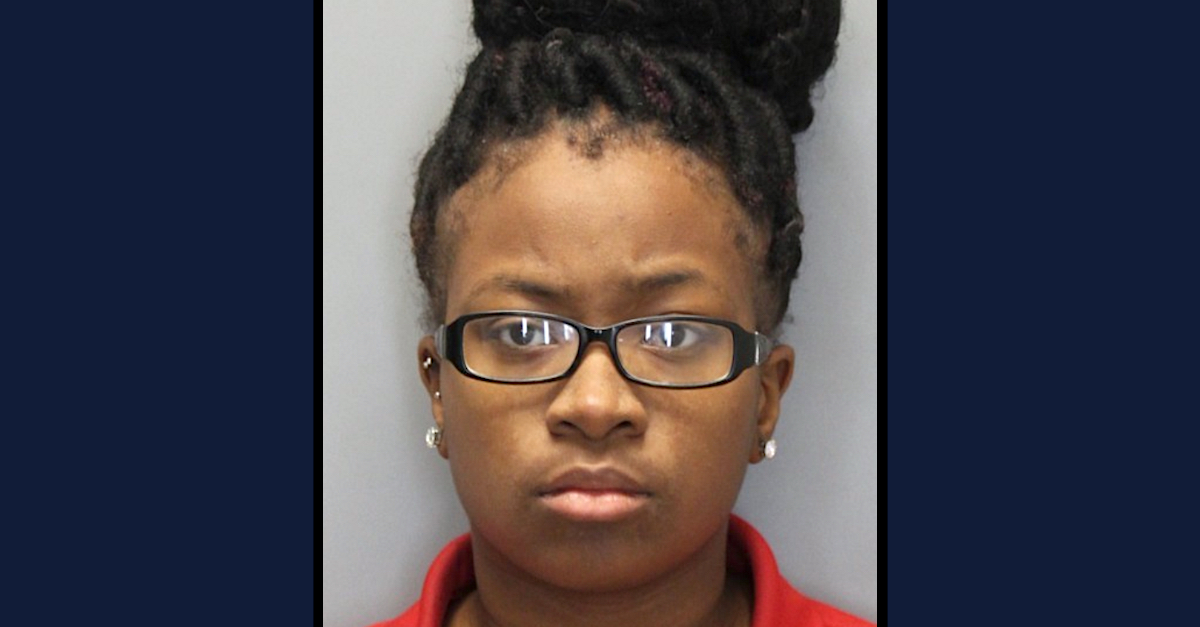 The Delaware Supreme Court on Friday affirmed the life sentence of a daycare worker who pleaded guilty to murdering a four-month-old child.

As Law&Crime previously reported, DeJoynay Ferguson was arrested in September 2019 and pleaded guilty in April 2021.  She appealed by arguing that her life sentence was unfair, according to the Delaware Supreme Court’s Friday decision.

“She contends that the sentencing judge sentenced her for the sole purpose of retribution; that he sentenced her with a closed mind; that he was unwilling to consider the mitigation evidence and arguments she presented; and that her sentence violates her right to due process,” the state supreme court wrote as to Ferguson’s appellate tactics. The high court disagreed with those complaints and kept the sentence in place.

A three-judge panel explained what predicated the infant’s death:

In January 2019, at the age of 18, Ferguson began working at the Little People Child Development Center, a daycare facility in Bear, Delaware. At that time, Ferguson’s only experience in childcare was a three-month stint at another daycare in Delaware. Because of this lack of experience, Ferguson was initially hired as a teacher’s aide in the infant room. However, after she had been in that position for two months, the lead teacher who supervised Ferguson was terminated from employment, and Ferguson was left to handle the infant room alone with minimal experience or training.

The high state court noted that Ferguson admitted at sentencing that she was “in way over my head” while working at the daycare.

“Unfortunately, she turned to abuse to maintain control of the infant room,” the court said. “Beginning in June 2019 and continuing through September 2019, video surveillance from the daycare shows Ferguson smothering three children on 28 different days, sometimes multiple times a day, and physically abusing two additional children. Ferguson’s conduct finally came to a head on September 5, 2019, when she suffocated I.T., a healthy four month-old girl, to death.”

The incident was also captured on video; it occurred “less than three hours after” the child’s mother dropped her off at the facility, according to the state supreme court opinion.

“Ferguson placed her hand over I.T.’s mouth and nose and suffocated her, causing her death,” the court continued. “Almost 30 minutes later, when Ferguson realized that I.T. was unresponsive, she began to perform CPR on her and eventually called for help. Ferguson was 19 years-old at the time of the murder.”

According to the state supreme court’s opinion, Ferguson said the sound of crying babies at the daycare facility stressed her out.  After she put the mortally wounded I.T. back in her crib, Ferguson felt “more relaxed . . . because she had been able to release her anger and resolve the source of stress,” the defendant later told a forensic psychologist.  Ferguson also told the police that “she changed her method of suffocation over time to make it more effective,” the Delaware Supreme Court noted.

The minimum possible sentence for all the counts to which Ferguson pleaded guilty was 27 years in prison, according to the state supreme court’s opinion.  The maximum was life in prison.  As noted, the sentencing judge chose the maximum.

The sentencing judge noted that the “smothering death occurred at the end of a pattern of smothering babies in order to get them to be still while changing their diapers.”

“A sentence to a term of years would not fairly express the outrage of any society at the completely senseless killing of one of its infant children by someone entrusted to its care,” the sentencing judge said, according to the Supreme Court opinion.  “It is, therefore, the judgment of the Court that the sentence on the count of murder in the first degree by abuse or negligent should be a life sentence.”

The judge was not moved by assertions from Ferguson’s attorneys that she was an immature teenager who suffered from undiagnosed mental health issues.

The state supreme court said its review of the sentence was limited.  The sentence fell within the limits set by state statute, and Ferguson did not contend her sentence was based on “inaccurate or unreliable facts.”

The only appellate issue, the high court noted, was whether the sentencing judge made his decision based on “a closed mind, vindictiveness, or bias.”

Those issues did not happen here, the Delaware Supreme Court concluded.  The three-judge appellate panel said the sentencing judge ordered a pre-sentence investigation, read evidence presented by prosecutors and by the defense, and read correspondence about the sentence.  The judge also listened to Ferguson speak for herself at sentencing.