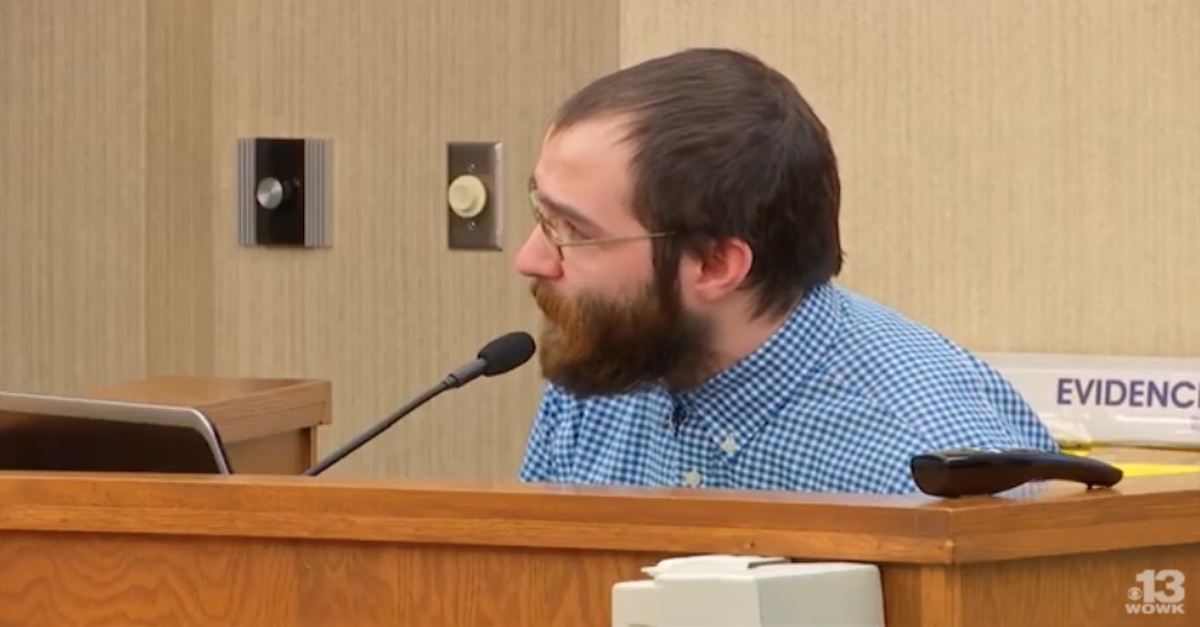 The Ohio Supreme Court on Thursday upheld the death penalty for a man who confessed to killing his cousin, her 8-year-old son, her mother, and her mother’s husband over the course of a day in October 2017. The man impersonated the child’s father in order to lure him home to kill him.

For five of the seven judges, the horrific nature of the crimes outweighed any mental health defenses the killer might have cited to avert his execution. Two members of the majority—concurring separately—reached that conclusion reluctantly, and two dissenters expressed reservations about the lower court’s determination of the man’s competency.

Lawson also attacked Jackson’s husband, Todd Holsten, when he arrived home on the day of the killings, but Holsten escaped. Lawson left the couple’s 2-year-old son, who was home when he killed the other family members, unharmed.

“On the eve of his trial, Lawson wavered between confessing and standing trial before ultimately pleading guilty and allowing a three-judge panel to sentence him to death,” a summary on the state court’s news website read.

At issue on appeal was whether Lawson’s mental status was enough of a mitigating factor in determining whether the death penalty was appropriate. Lawson’s lawyer argued that Lawson’s mental competency to be sentenced to death was questioned because he was taking medication for mental disorders at the time, and he showed initial indecisiveness about whether to plead guilty, according to report from Cleveland.com.

The majority opinion noted that although Lawson had been diagnosed with several mental illnesses, “this is also a case in which the defendant slaughtered four people, including the callous slaying of an 8-year-old child. With respect to each of the four aggravated murders before us, we find that the aggravating circumstances outweigh the mitigating factors beyond a reasonable doubt,” wrote Justice Sharon Kennedy.

In a concurring opinion, Justice Michael Donnelly wrote that a new state law banning executions of the severely mentally ill could “leave the door open” for Lawson to challenge the death sentence.

Justice Jennifer Brunner wrote in her dissent that the trial court should not have relied on assurances of counsel that Lawson was competent to make the decision to plead guilty to all the offenses for which he was charged. Brunner wrote that she would have reversed and remanded the case to the trial court to order a competency examination.

The details of the case are disturbing, and emerged only at the 2019 trial—more than a year after the gruesome killings.

Lawson and Jackson were first cousins, and according to Lawson, they were involved in a “sexual relationship” which Jackson had ended about a week prior to the slayings. According to court documents, Lawson, who visited Jackson’s home daily, had propped a window open at the back of the house, and then came into the house through the open window early the next morning.

Lawson shot and killed Jackson shortly after her 8-year-old son left for school. He then dragged her body into the boy’s room and sexually assaulted her corpse.

Lawson then called the boy’s school and pretended to be Holsten in order to have the boy sent home after school, instead of taking the bus to his grandparents, as Jackson had previously arranged. While Lawson waited for Jackson’s older son to return from school, he fed and changed the 2-year-old, and put him down for a nap.

When the boy got home, Lawson told him that his gaming console was in his bedroom behind the dresser. Lawson shot and killed the child while he looked for the console.

Meanwhile, Holsten was growing increasingly concerned that he couldn’t reach his wife. He asked Jackson’s mother, Tammie McGuire, to check on Jackson, and stayed on the phone with her as she entered the home. Holsten said he heard McGuire scream, followed by gunshots; he then called Tammie’s husband Donald and asked him check on the situation.

By the time Holsten arrived home, both Tammie and Donald were dead, shot and killed by Lawson.

When Holsten entered the house, Lawson attacked him with a knife, but Holsten was able to wrestle the knife away from Lawson and pinned him to the couch. Holsten then forcibly removed Lawson from the house; Lawson drove away in the McGuires’ truck.

Holsten first found his younger son, unharmed, before discovering the bodies of his wife and older son, as well as the McGuires. By the time Holsten called 911, Lawson had abandoned the truck and fled into the woods, where he led authorities on a two-day manhunt. He eventually came out of the woods, was apprehended, and confessed to the murders.

In February 2019, just as Lawson’s trial began, Lawson waived his right to a jury trial and pleaded guilty, according to a report by local station WSAZ NewsChannel3. A three-judge panel sentenced Lawson to death.

In Ohio, death penalty cases are automatically appealed directly to the state Supreme Court. A direct appeal doesn’t consider new evidence and is limited to what is already in the trial court record.

Lawson’s execution is scheduled for Jan. 6, 2026, according to Cleveland.com.