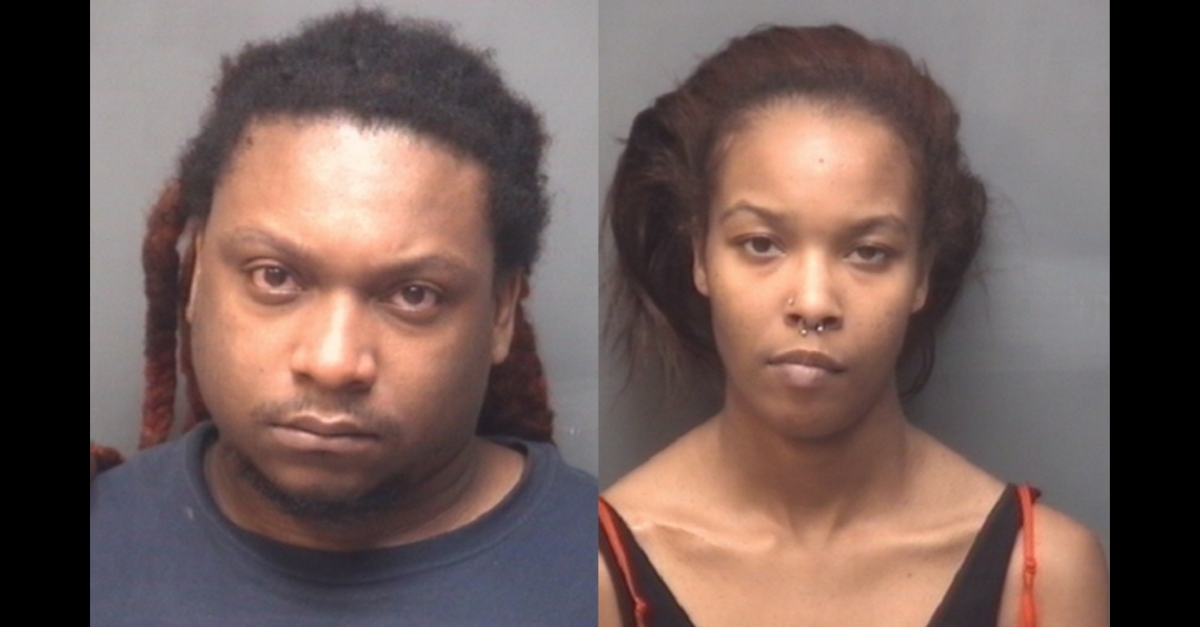 A North Carolina man charged with beating his own 6-year-old son to death allegedly told police he was disciplining the young boy for wetting his pants and interrupting the father’s video game playing, Winston-Salem NBC affiliate WXII-TV reported Wednesday.

As previously reported by Law&Crime, police officers in High Point arrested Devon J. Nelson, 30, on Sunday after he brought his son into a local hospital where he was pronounced dead on arrival. Hospital officials noticed that the boy had suffered a series of serious injuries that included burns, body bruises, cuts all over his body, and severe bruising of his face and eye, and immediately contacted law enforcement authorities who took Nelson and his wife Tamara D. Corbett—who was also the boy’s stepmother—into custody.

Police said that the County Medical Examiner attributed the death of the child to blunt force trauma about the body.

Court documents obtained by WXII reportedly stated that Nelson and Corbett initially tried to blame the boy’s injuries on several highly unlikely innocuous occurrences. The couple allegedly told hospital employees that some of the marks on the victim’s skin were caused by eczema and that his more serious injuries were incurred when he fell into a bath tub full of water. However, doctors and nurses noted that the child was brought into the hospital dry and fully clothed. His body temperature was also recorded as being just over 82 degrees, indicating that he had been dead for several hours before he arrived at the hospital.

“Special Victims Unit and Violent Crimes Unit detectives began investigating the death as suspicious,” officers said. “They quickly determined it should be treated as a homicide. Search warrants were obtained for the residence and the vehicle used to transport the deceased to the hospital.”

According to the report, Nelson eventually admitted to investigators that before taking him to the hospital, he beat his son with a switch until the “handle broke off.” Nelson also allegedly told police that the reason he beat the boy was because the six-year-old had wet his pants and interrupted him while he was in the middle of playing video games.

WXII additionally reported that Nelson and Corbett’s neighbors had called the police several times in the past to report hearing what they believed to be the sounds of children screaming and being physically abused. Officials from the boy’s elementary school had also reported that he’d come to school with bruises on his face and told administrators that “dad popped me in the face.”  An investigation was opened but the child reportedly told investigators that his bruise was actually the result of him falling down.

Nelson and Corbett are both facing felony child abuse charges. Nelson was also charged with murder while Corbett has been charged with being an accessory to murder.