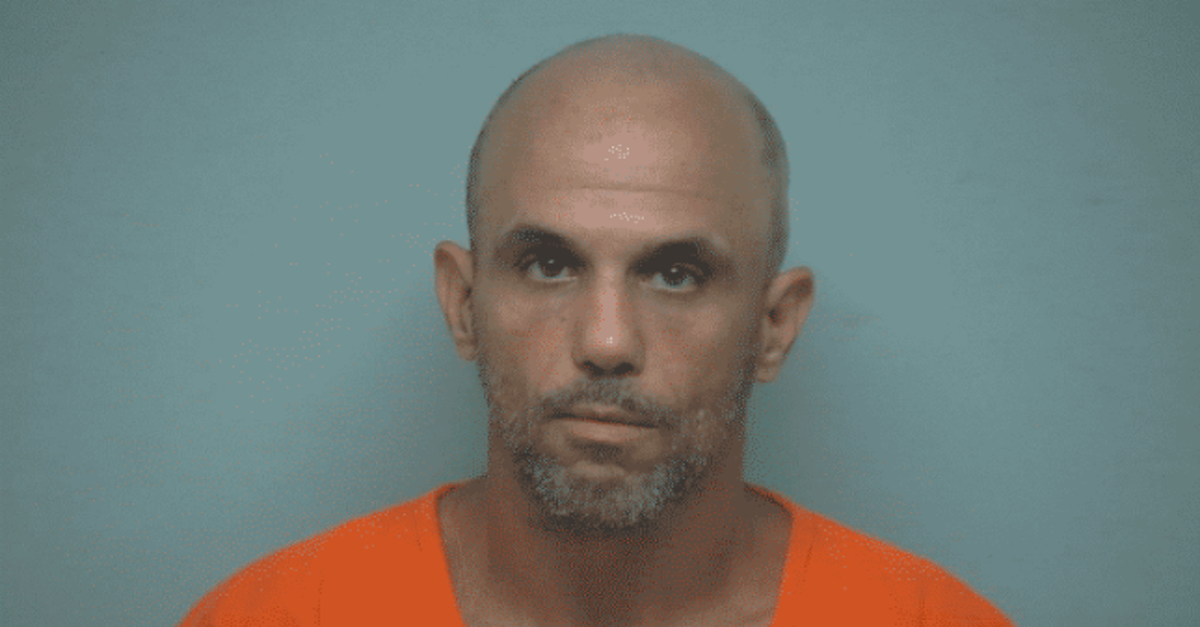 A judge in South Carolina sent a man previously convicted of killing a child back to prison after he was caught stealing children’s underwear from his neighbor’s home. Prosecutors said 50-year-old Roy Dean White left “a trail” of stolen underwear that led investigators right to his door.

Circuit Court Judge Carmen T. Mullen handed down a 30-year sentence to White after the longtime criminal pleaded guilty to first-degree burglary in Beaufort County General Sessions Court, according to a press release from the Fourteenth Circuit Solicitor’s Office.

Deputies with the Beaufort County Sheriff’s Department responded to a 911 call at approximately 8:30 p.m. on Sept. 8, 2018 from a mother who reported a burglary in progress at her suburban home. The woman said she was in her car with her children returning home and when she pulled the vehicle into her driveway she looked through the window and spotted a man inside of her home. She described the man as bald and wearing a teal short-sleeve shirt.

“Beaufort County Sheriff’s deputies arrived minutes later to find an unsecured back door. No one was inside the residence,” according to prosecutors. “However, outside, they found a trail of women’s and children’s underwear taken from the home, along with footprints leading to the backyard of White’s nearby house.”

Investigators at the scene were able to obtain a DNA sample found on one of the victim’s nightstands while other officers followed the trail of clothing to White’s home.

Deputies spoke to White, whom they described as bald, wearing a teal shirt, and holding a flashlight. Prosecutors said investigators questioned White at his home, but he refused to voluntarily provide a DNA sample.

The evidence obtained from the victim’s nightstand was tested and analysts determined that it contained DNA from multiple people, one of whom was not a member of the victims’ household.

Authorities obtained a warrant for White’s arrest and performed a DNA test after he was taken into custody. The test concluded that White’s DNA was part of the mixture obtained from the victim’s home. He was indicted on the charge of burglary in the first-degree on Aug. 18.

“This was no trivial offense,” Assistant Solicitor Hunter Swanson, who prosecuted the case, said in a statement. “Given the defendant’s criminal history, which includes violence against children, we believe Mr. White to be a career criminal and a danger to the entire community.”

That criminal history includes a December 1998 conviction for homicide by child abuse in the death of his girlfriend’s 7-year-old daughter, Kimberly Michelle Slattery.

According to a report from Savannah ABC affiliate WJCL, the girl’s mother, Jennifer Slattery, arrived home on Feb. 26, 1998 and “noticed something wrong with her daughter.” She called 911 but she and neighbors were unable to revive the unresponsive child.

White was initially charged with murder and criminal sexual conduct with a child but reached a plea deal with prosecutors. He was sentenced to serve 25 years in prison for the girl’s death but was released in December 2011 after serving 12 years behind bars.