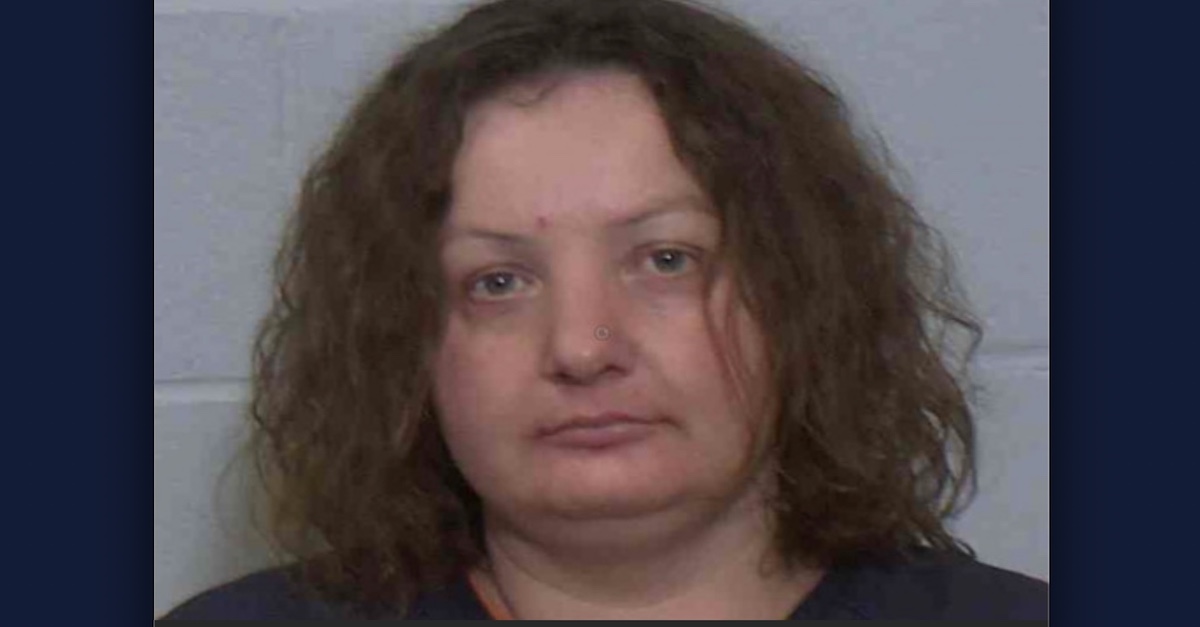 A 36-year-old mother in Colorado will spend several decades behind bars for exposing her two young children to dangerously extreme cold temperatures, killing one and leaving the other permanently maimed.

According to a press release from the Moffat County Sheriff’s Office, deputies at approximately 8 a.m. on March 11, 2021 were notified about a suspicious vehicle near county road 54 in a remote and unincorporated part of the county. The office noted that it was particularly suspicious because “the road is not frequently traveled in the winter months.”

Upon arriving at the scene, first responders located the vehicle on a service road and found that it was unoccupied and “appeared stuck in the mud/snow.” A “hasty search” for the vehicle’s occupants was initiated, but no one was immediately found and additional personnel and resources were dispatched to the area.

Assisted by Moffat County Search & Rescue and an arial unit provided by Mountain Air Spray, deputies were able to locate Messerly and the two children approximately one mile away from the vehicle.

“Messerly and the 3-year-old were found alive, suffering from environmental exposure injuries,” the press release said. “The 1-year-old was found deceased.”

Messerly and the 3-year-old were immediately transported via a tracked utility terrain vehicle to an EMS ambulance which brought them to Memorial Regional Health Hospital. The surviving child was then transported via airlift to Children’s Hospital Colorado Anschutz Medical Campus in Aurora.

According to a report from the Craig Daily Press, Messerly’s 18-month-old daughter’s name was Emma, and she was found approximately 130 yards away from Messerly and the 3-year-old, whose name is Alena. The child was reportedly wearing a jacket, but did not have any socks, shoes, or head covering on. An autopsy reportedly determined that Emma died sometime overnight between March 9 and March 10 due to hypothermia.

Upon arriving at the children’s hospital, doctors reportedly had to amputate both of Alena’s feet due to severe frostbite. The child also reportedly tested positive for methamphetamine, as did Messerly. According to a copy of the probable cause affidavit obtained by KUSA, doctors said Alena had one of, “if not the worst,” case of frostbite ever seen at the Children’s Hospital.

At the hospital, Messerly reportedly claimed that if she or either of her children tested positive for meth it was because they ate snow near a methane well.

During the trial, prosecutors reportedly showed that Messerly had multiple items in the car, including additional clothing that would have helped her children in the extreme cold. Messerly also allegedly admitted that she had been using meth right before her car got stuck, something that prosecutors argued contributed greatly to what took place.

Tjosvold also reportedly emphasized that Messerly was well aware that her car was unreliable, saying that she needed to be towed several months earlier when she was with the kids, both of whom were not properly dressed for the cold.

Messerly chose not to address the court, but Judge Gardner reportedly castigated her for not taking full responsibility for her actions, which played a prominent role in Gardner choosing to impose the sentences consecutively instead of concurrently.

“Ms. Messerly still believes that she did nothing wrong, that this was simply a terrible accident,” she reportedly said. “I find that to be a very, very alarming state of mind.”