DOJ Asks 11th Circuit to Halt Special Master’s Review of Mar-a-Lago Documents: ‘There Has Been No Violation’ of Trump’s Rights 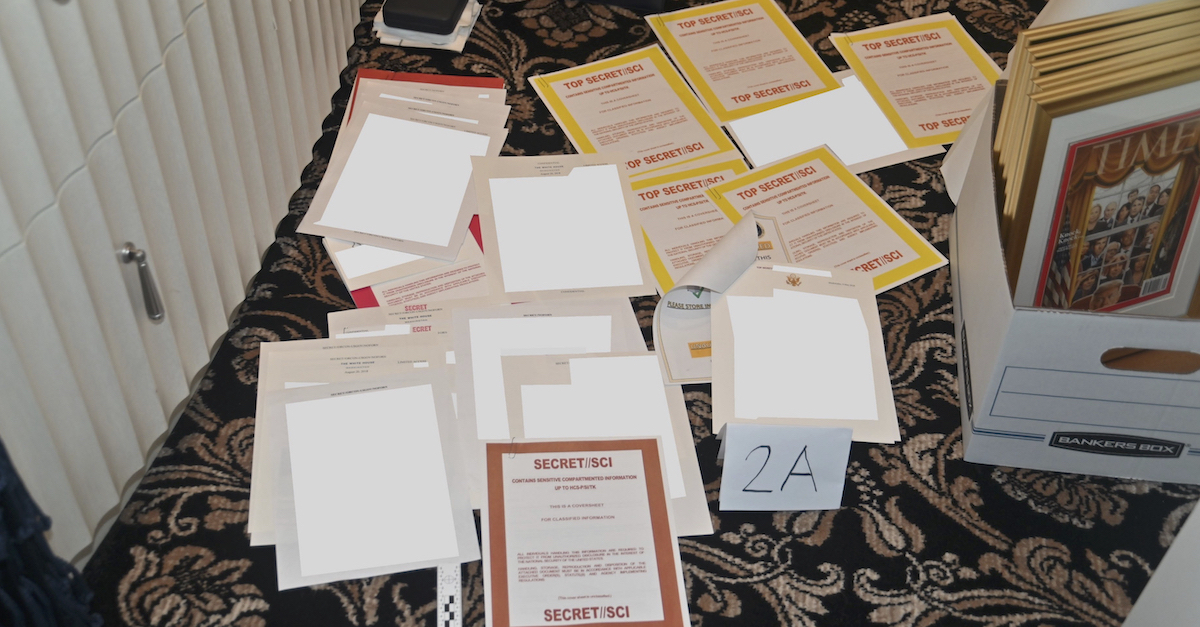 “The uncontested record demonstrates that the search was conducted in full accordance with a judicially authorized warrant, and there has been no violation of Plaintiff’s rights — let alone a ‘callous disregard’ for them,” the brief reads. “Plaintiff has failed to meet his burden in establishing any need for the seized records — indeed, a substantial number of them are not even his—or in establishing any irreparable injury in their absence, and Plaintiff does not lack an adequate alternative remedy at law.”

The brief is the first salvo in the full appeal of Cannon’s order rejecting the DOJ’s request to stay her injunction appointing Senior U.S. District Judge Raymond J. Dearie as special master. Dearie, a 1986 Ronald Reagan appointee, was one of two suggestions put forth by Trump’s lawyers.

The 11th Circuit offered the DOJ an early win on Sept. 23 when it allowed prosecutors to resume their review of seized documents that were marked classified and also blocked them from having to release the documents to the newly appointed special master and Trump’s lawyers.

Friday’s brief referencing that opinion while arguing that Cannon’s injunction “caused and continues to cause significant harm to the government and the public.”

“As the stay panel correctly determined with regard to the injunction against further review and use of the records bearing classification markings, the district court’s order created an ‘untenable’ distinction between permissible uses of those records for certain national security purposes and impermissible uses for criminal investigative purposes,” according to the brief.

The appeals court also granted the DOJ’s motion to expedite the appeal, which Trump’s lawyers opposed. An Oct. 5 order assigned the appeal to an 11th Circuit special merits panel and gave the DOJ until Friday to file its initial brief, with Trump’s response due Nov. 10. The DOJ has through Nov. 17 to file an optional reply.

“That panel will decide when and how to hear oral argument,” according to a scheduling order signed by 11th Circuit Judge Adalberto Jordan.

The panel who will consider the full appeal has not yet been identified.

The full brief also indicates precisely why the government sought to search Mar-a-Lago on Aug. 8:

Before the search, Plaintiff, former President Donald J. Trump, had represented in response to a grand-jury subpoena that he had returned all records bearing classification markings. The government applied for a search warrant after developing evidence that Plaintiff’s response to the grand-jury subpoena was incomplete and that efforts may have been undertaken to obstruct the investigation. A magistrate judge found probable cause to believe that a search of Plaintiff’s premises would uncover evidence of crimes, including the unauthorized retention of national defense information and obstruction of justice. The government executed its search in accordance with filter procedures approved by the magistrate judge to ensure protection of any materials that might be subject to attorney-client privilege. The search recovered, among other evidence, roughly 100 documents bearing classification markings, including markings reflecting the highest classification levels and extremely restricted distribution.

Judge Cannon appointed the special master after Trump asserted that some of the seized materials might be privileged. Among his claims was that he, as a former executive, could ban the administration of Joe Biden, the current executive, from looking at the material under a novel interpretation of executive privilege law. The DOJ has countered that the law simply does not comport with Trump’s theory:  executive privilege applies to the branch of government against another branch of government, not against one executive by another executive.