Colorado Man Sentenced to Prison for ‘Vicious Acts of Violence, Jealousy, and Control’ in Murders of Ex-Girlfriend and Her New Lover 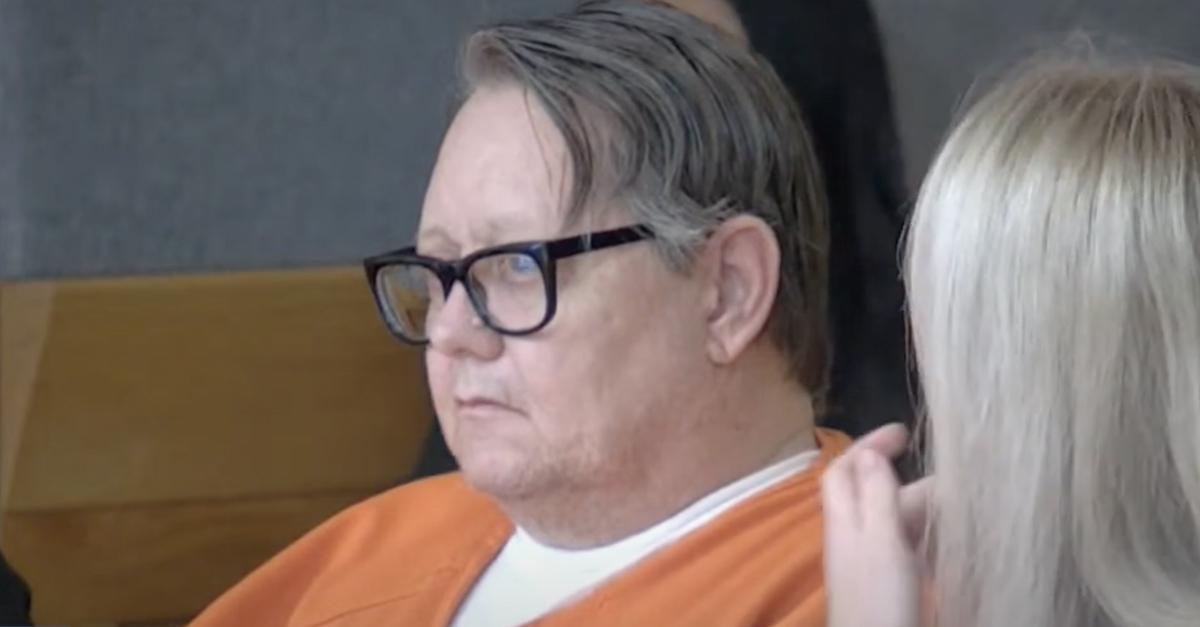 Kevin Dean Eastman after being sentenced to life in prison without the possiblity of parole.

A 49-year-old Colorado man will spend the rest of his life behind bars for brutally murdering his ex-girlfriend and her new lover, nearly decapitating the latter. District Court Judge Marcelo A. Kopcow ordered Kevin Dean Eastman to serve a sentence of life in a state Department of Corrections facility without the possibility for parole for killing his former girlfriend Heather Frank and local musician Scott Sessions.

A Weld County jury on Wednesday found Eastman guilty on two counts each of first-degree murder, tampering with a deceased human body, and tampering with physical evidence.

Several of the victims’ friends and family members addressed the court during Thursday’s sentencing hearing.

Allison Weldon, Scott’s biological sister, appeared virtually to read a victim impact statement and said she “didn’t get enough time” with her brother. “When I look at my son, I see my brother,” Weldon said through sobs.

After five former musicians who played with or were friends with Sessions also spoke about the impact he had on their lives, Frank’s son, Alexander McLaughlin, addressed the court.

The young man also said his mother would have wanted him to “stay strong and continue moving forward” before addressing Eastman directly.

“For that reason I’m standing here today to say: Kevin, I have not forgiven you yet, but eventually I will, because that’s the kind of person I am,” McLaughlin said. “I no longer have hate for you, just disappointment that you decided to do the unimaginable act that took not only my mother’s life, but the life of Scott Sessions as well. I pray that one day you will come to the realization of what you’ve done.”

Frank’s niece, Lindsey Frank, appeared virtually and said she will always remember her aunt as “the fun-loving, outgoing person that she was.” Lindsey also addressed Eastman directly.

“To Kevin: I’ve racked my brain over the many things I could say to or about you, but then I realized you don’t deserve that much of my time. So I will only say this: you are a coward and you deserve to spend the rest of your life behind bars,” she said.

Before handing down the sentence Judge Kopcow spoke briefly about the case and the procession of family and friends who came to talk about Frank and Sessions.

“What comes to mind immediately is that there were two direct victims in this case but there were dozens of indirect victims of the loss of these two lives, as demonstrated by your many statements today,” he said. “I also don’t want the focus to be on what this court has to say because I don’t want to minimize what the victims and family and friends have said today. But what I will say, Mr. Eastman, is that you are going to spend the rest of your natural life in prison based on your vicious acts of violence, jealousy, and control – and the taking of two precious lives and thereafter disposing of their bodies in such a disrespectful manner. That’s why your going to spend the rest of your life in prison.”

During the trial, prosecutors argued that Eastman killed and almost decapitated Sessions in a fit of rage in February 2020, then shot Frank twice in the heart several days later.

The defense for Eastman asserted that it was Frank who killed Sessions. His attorneys suggested that Eastman and his former employer Troy Bonnell both helped in the aftermath, but Bonnell panicked, killed Frank, hid her body on his property, and kept this secret from Eastman, his attorney said.

Prosecutors argued that, in reality, Eastman killed Frank and hid her body on that property.

Both sides agreed that Eastman and Frank’s prior relationship was toxic and volatile. Prosecutors construed it as abusive. For example, prosecutor Steve Wrenn said Eastman once yanked hair out of Frank’s head. The cycle of violence started in 2015, he said.

Eastman was living with his sister and not doing well, Wrenn said. He was a broken man and breaking up with Frank was long overdue, the prosecution said.

As defense attorney Samantha Deveraux told it, however, authorities pursued Eastman based on a hunch and were blinded by their desperation to preserve their hunch.

“Law enforcement made assumptions,” Deveraux said. “As soon as they learned that Ms. Frank had an ex, an ex with whom she had a volatile relationship, they assumed–and it became this catalyst moment–they assumed, ‘That’s our guy.’”

Wrenn denied this, saying the evidence pointed toward Eastman all along.

Watch the sentencing hearing below: