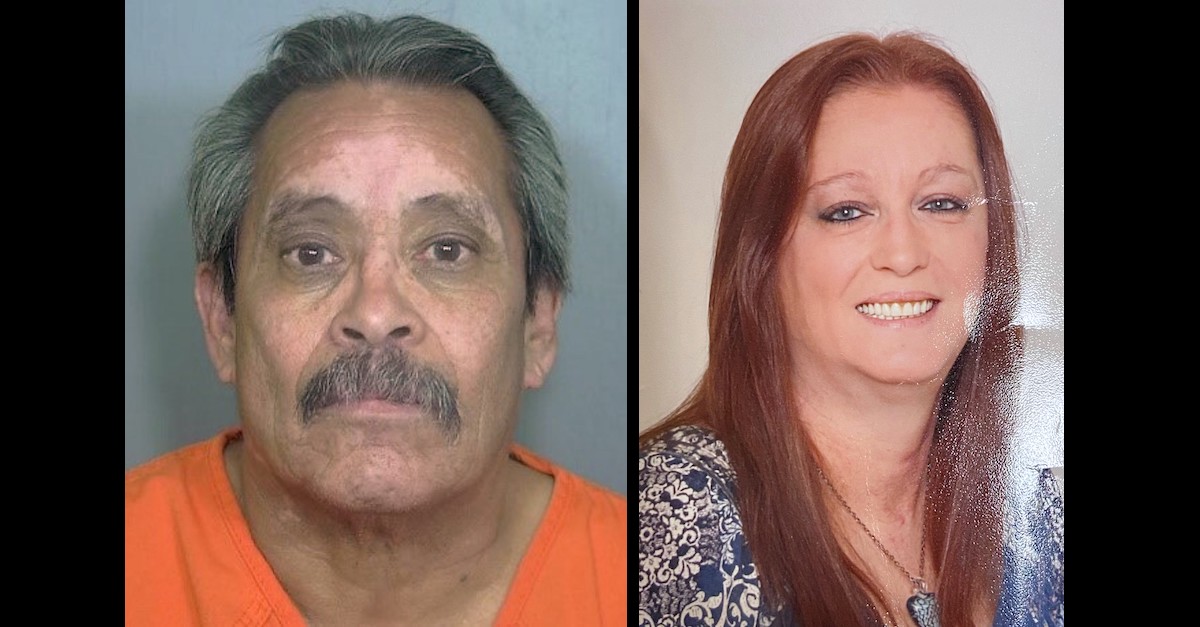 A Colorado man will spend the rest of his days in prison for murdering a woman using the handle of a bathroom plunger, the Weld County District Attorney’s Office announced Friday.

Jesus Romero, 67, was sentenced Thursday by Judge Julie Hoskins to a mandatory life sentence in the killing of Edna Woodrum, 58.  A jury convicted Romero of one count of first degree felony homicide, one count of criminally negligent homicide, and one count of sexual assault after a week-long trial.

According to a news release from the DA’s office, a jury agreed that Romero killed Woodrum in his own Greeley, Colo. apartment on April 25, 2018.

It was Romero who called 911.  The defendant told dispatchers that Woodrum was “unresponsive in a pool of blood in his apartment,” the news release said.  It continues:

When officers arrived, they found Woodrum naked, bloody and dead on the ground. There was also evidence at the scene that suggested there had been a struggle. One neighbor reported hearing an argument and three loud thumps against the wall earlier in the evening.

The defendant told police that Woodrum was in his apartment because she agreed to have sex with him.  However, investigators believe the victim bled to death and was brutally murdered, after a 17.5 inch wooden handle from a bathroom plunger was found sticking out of her anus.

Evidence in the case showed that Romero and Woodrum were not in a relationship and had not socialized in the past.

“Her big heart and trust for people is what killed her,” Jessica Bridgman, the victim’s daughter, said during Romero’s sentencing hearing. “She believed everyone was good, gave everyone a chance, was kind to everyone no matter their race, sex, or what they looked like. All she saw was a person. And, this trust and letting her guard down around this monster, cost her her life.”

“It’s disgusting and repulsive,” Bridgman continued. “He is a monster and shows in human form that evil does exist on this earth. The world needs to know evil can even be our next door neighbor and we must always be aware, at all times, no matter what.”

“This has been a very long and emotional road for Ms. Woodrum’s family,” Perea said. “After three years of an uphill battle, we were able to finally get justice for the victim and her family. Though no sentence or outcome in this horrific case will ever bring Ms. Woodrum back, I’m grateful we’re able to finally put this case to rest, and that the family will be able to get some sort of closure in this nightmare they’ve been living the past few years.”

The killing occurred at a senior living facility called the Birchwood Apartments, the DA’s office said.

A Colorado Department of Corrections inmate search does not indicate where Romero is incarcerated as of Saturday.  He’s listed merely as being among those affected by a “jail backlog.”