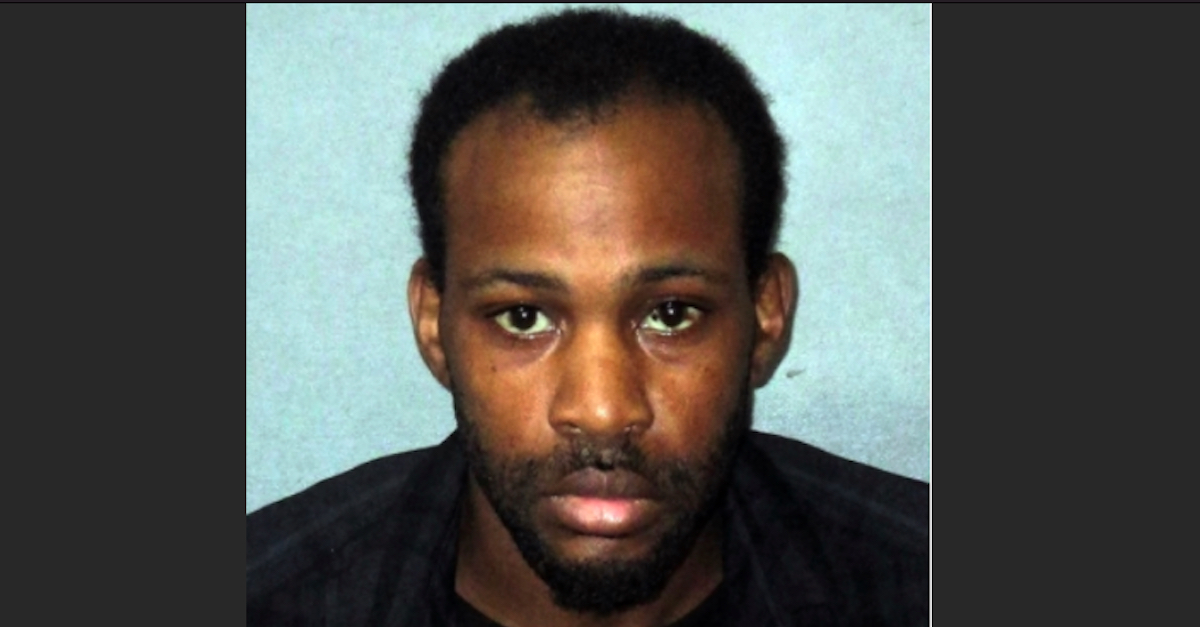 Leon Arnold appears in an image provided by the Baton Rouge Police Department.

Law enforcement authorities in Louisiana on Thursday evening arrested a man with a history of abusing his children in connection with the death of his infant son.  Investigators say the son suffered severe brain injuries and numerous bone fractures at the hands of his father, several local news outlets reported.

According to a report from Baton Rouge newspaper The Advocate, officers with the Baton Rouge Police Department responded to a call about an unresponsive infant inside of a house in the 8900 block of Thelma Street on Aug. 14.  First responders entered the home to discover that the infant, born in June, was not breathing and rushed him via ambulance to a local hospital. Local ABC affiliate WAFB-TV reported that EMS paramedics managed to revive the boy momentarily while en route to the hospital, but he was pronounced dead shortly after being admitted. He was in the care of his father, Leon Arnold, 36, at the time officials arrived at the home.

Medical personnel at the hospital said that the infant had suffered extensive brain damage and was covered with both bruises and with what appeared to be fresh cigarette burns on the chest and stomach. The baby also reportedly had a broken tailbone and multiple rib fractures in myriad states of healing, which indicated that he had been repeatedly physically abused.

“The pathologist indicated that these injuries are consistent with being beaten or . . . struck against a hard object,” the arrest report, a copy of which was obtained by The Advocate, stated. “Almost every rib in the ribcage had fractures in various stages of healing.”

An autopsy report also indicated that the child suffered blunt force trauma to the head, bleeding in the brain, and signs of being “shaken violently back and forth,” per The Advocate. The manner of death was determined to have been homicide.

Following his baby son’s death, police interviewed the father. He reportedly told investigators that he had put the infant down for a nap by laying him on his stomach.

The father was ultimately taken into custody on charges of first-degree murder.

The police report also noted that Arnold had previously been charged with one count of second-degree cruelty to juveniles after his then-one-month-old daughter was hospitalized with a broken femur and fractures to her skull in 2010.

In the daughter’s case, Arnold initially denied having any knowledge that the girl sustained injuries. He later told investigators that he had picked her up and accidentally dropped her, causing her head to collide with his knee on the way down, according to The Advocate. He told police that before his daughter hit the ground, he reached down and caught her by the leg, which was what he said likely caused her broken leg.

In 2014 he pleaded guilty to cruelty to a juvenile and was sentenced to 10 years in prison with credit for the nearly four years he had already been behind bars. He was released the next year after serving less than half of his sentence due to good behavior.

He was reportedly arrested again in 2016 after allegedly using a baseball bat to attack another man, but those charges were later dropped and the case dismissed.

The Baton Rouge Police Department did not immediately respond to an email from Law&Crime seeking additional details in the case.