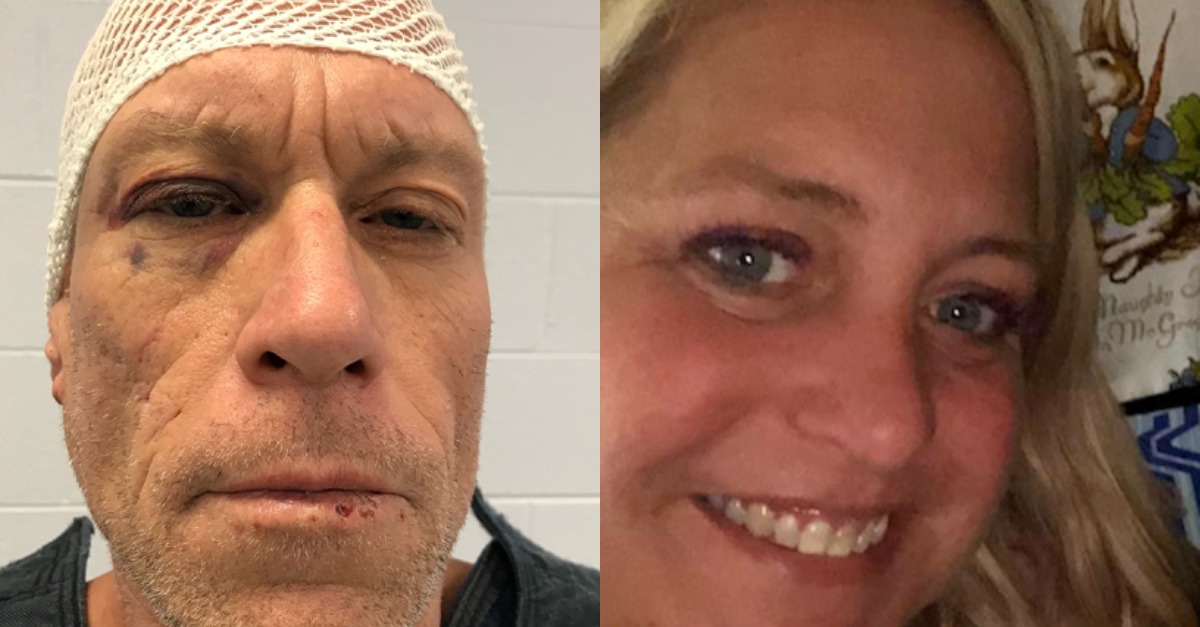 A suburban Colorado man was sentenced to life in prison after admittedly murdering his girlfriend in late 2020.

On Dec. 29, 2020, 45-year-old Hilary Engel was reported missing by her father who phoned police. She was last seen alive the prior morning when dropping off her then-8-year-old son at daycare.

In the late afternoon that same day, just before 3 p.m., officers with the Lakewood Police Department responded to the house that sits on the 2100 block of S. Coors Circle in Lakewood, Colo. in the Green Mountain neighborhood. No longer what anyone might consider a home, the victim’s body was discovered lifeless inside by a friend. Her corpse had been crudely hidden underneath a bed, according to local prosecutors. Police said the woman was strangled to death.

On Dec. 30, 2020, the next day, authorities tracked their suspect to a hotel in Trinidad, Colo., some three hours due south of Lakewood via the interstate. There, Karl Aaron Bemish, 52, was arrested by members of the Trinidad Police Department.

The murderer was located after using his slain girlfriend’s car to leave town and then using her debit card to withdraw cash from an ATM.

Initially detained in the Las Animas County jail on one charge of murder in the first degree, Bemish was eventually transferred, in a sense, back home; housed in the Jefferson County jail while his case made its way through the court system. After months of stalemate, the defendant pleaded guilty and was sentenced to a mandatory term life in prison without the possibility of parole on Jan. 14, 2022.

“This is not a case that my office felt appropriate to negotiate,” Jefferson County Senior Deputy District Attorney Amanda Lessman told the court during the sentencing hearing late last week. “A plea to Murder One and its coinciding life sentence is appropriate.”

In his plea agreement, Bemish admitted to strangling Engel, the DA’s office said. A motive for the murder has never been made public.

According to Denver NBC affiliate KUSA, the Engel family issued a statement by way of the First Judicial District Attorney’s Office.

“We are thankful for the prosecution’s work on this case, and that even though we continue to grieve the loss of Hilary, we believe this result was the best available outcome,” their statement reads.

A nurse by trade, Engel was remembered fondly her friends and coworkers.

“She did toy drives for kids,” Traci Buntenbah told local ABC affiliate KMGH in January of last year. “She’d adopt families at Christmas time. She’s just the type of person that was always looking for ways to help people and help strangers.”

Engel and Buntenbah struck up a relationship after their children met at Rooney Ranch Elementary School.

“We had no choice but to be friends, because the boys always wanted to play together,” the grieving friend told the TV station. “My kids are hyper. I get a little nervous about it. She always told me that she would never judge me, no matter what.”

“She was an amazing mother, and a nurse,” Buntenbah went on. “She saved people’s lives and she did not deserve this at all.”

We extend our condolences to the loved ones of Hilary Engel, who worked at Centura-St. Anthony Hospital as a nurse. Our sympathies go out to her family and friends, and all the caregivers who are grieving this painful loss.