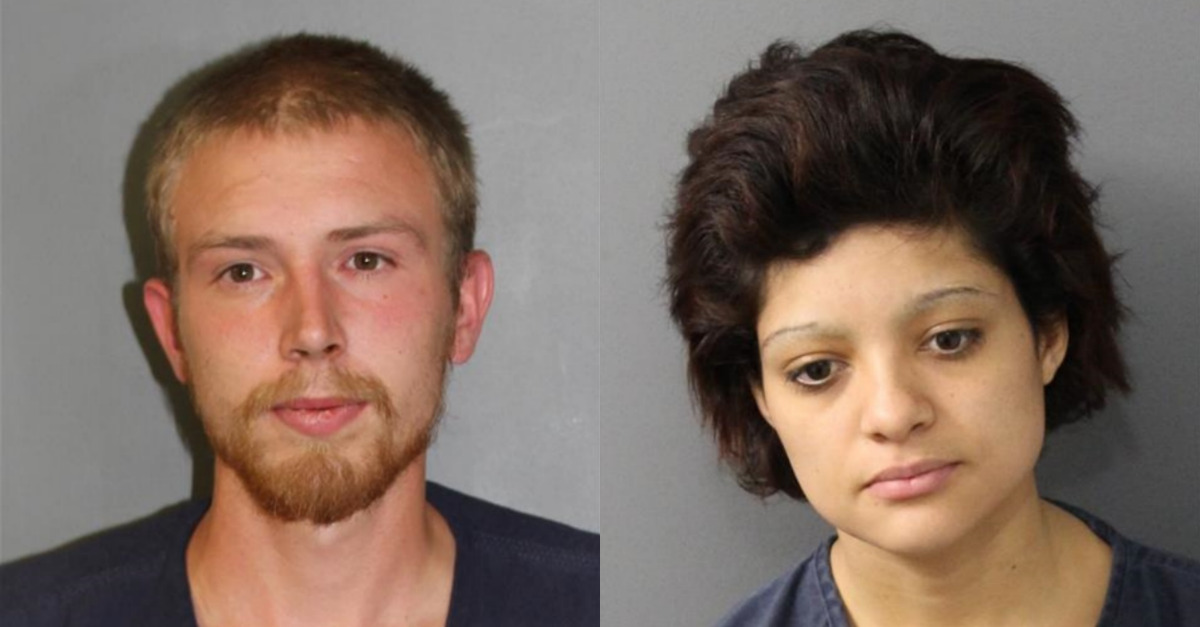 Two Colorado parents have been charged in connection with the burning of their 5-year-old son under suspicious circumstances. The underlying incident came just months after the couple’s 15-month-old was allegedly murdered while in the care of a foster family.

According to Colorado Springs ABC affiliate KRDO, 27-year old Zalissa Abeyta and 26-year old Bret Seeley were both charged in connection with the latest incident and recently made bail.

The couple regained custody of their children from the Pueblo County Department of Human Services after Aiden Seeley was allegedly tortured and murdered by the family watching him and his siblings late last year. The mother of that foster family recently pleaded guilty to aiding in the child’s murder; her boyfriend is still awaiting trial, which is currently slated for April 2022.

Since the non-fatal burning incident last year, the child’s great aunt, Rachel Abeyta, has been looking after the boy. She’s glad the parents were eventually charged.

“It really eased my mind,” she told the local television station. “I felt like I didn’t have a whole lot to worry about.”

District Court Judge William Alexander ordered the deceased child’s siblings returned to their parents after the death of Aiden Seeley on Sept. 18, 2020. Three months later, the older brother was injured.

“Which is what I think is completely ridiculous,” the aunt went on. “You take kids away from the home for a reason. You don’t give them back because of a death. Yes, Aiden died; he died in foster care. But did you fix the problem with the parents?”

Arrest records obtained by local reporters say Zalissa Abeyta claimed the 5-year-old was burned while she was bathing the child. The defendant allegedly left to go change another child’s diaper and returned to find the bathing child screaming. In a conversation with police, she allegedly said the injured boy’s skin was bubbling.

The date of that incident was Dec. 19, 2020. Investigators believe the injury likely occurred sometime in the mid afternoon between 1:00 and 1:30 p.m. Seeley allegedly texted a friend of his around 1:54 p.m., “what kind of cream do you buy if you burn you butt leg and hands in hot water?” At around 3:30 p.m., the boy was brought to a hospital.

Authorities claim the mother changed her stories about what happened. According to hospital staff, the child himself said “I fell” when quizzed about his injuries. Abeyta allegedly upbraided the child, contradicted him, and said: “tell them what happened.”

After being airlifted to the burn unit at Children’s Hospital near Denver, the boy was treated for second-degree burns on his feet and backside. Law enforcement, however, claims he also suffered additional injuries — citing a child protection team who noticed bruising on his posterior calf as well as a fractured tooth.

The 5-year-old, police say, was still in the process of being potty-trained at the time he was burned.

“There was a concern with the bruise on the [redacted] as it was similar to bruises seen in cases in which the care provider pinches the [redacted] out of frustration with potty training and accidents,” the police report obtained by KRDO also alleges.

Abeyta first lost custody of her children after the Pueblo Police Department forwarded allegations to social services workers that Abeyta grabbed one of her children off a shopping cart in a store and threw him to the ground in May 2020.  Aiden Seeley died in foster care the following September, and the older brother was injured in December.