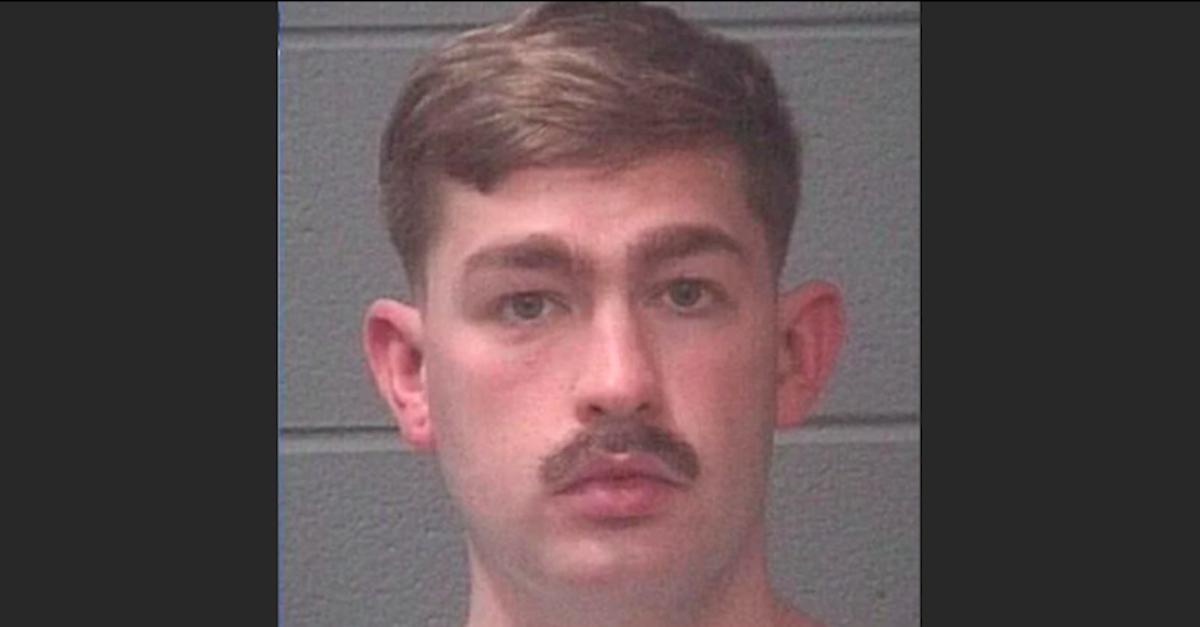 An active duty marine in North Carolina was arrested this week after authorities say he killed his newborn child. Nicholas Shane Snear, 23, was taken into custody Wednesday evening and charged with one count each of open murder and felony child abuse resulting in serious bodily injury, Greenville CBS affiliate WNCT-TV reported. Court records reviewed by Law&Crime confirmed the two charges.

According to the report, officers with the Jacksonville Police Department on Nov. 15 responded to an emergency medical call at a home located in the 100 block of Armstrong Drive at approximately 1:21 p.m. Upon arriving at the scene, first responders from the police department, Jacksonville Fire and Emergency Services, and paramedics from the Onslow County Emergency Medical Services discovered an unresponsive 1-month-old baby. EMS personnel attempted lifesaving measures on the child and rushed the baby to Onslow Memorial Hospital.

Due to the severity of the infant’s injuries, medical staff had the child airlifted to New Hanover Regional Medical Center in Wilmington. Doctors attempted to resuscitate the baby, but the child was ultimately pronounced dead on Nov. 17.

Detectives with the Jacksonville Police Department opened an investigation into the child’s death. Just over one week after the newborn died, officers took Snear into custody on Wednesday.

A charge of open murder is a combination of first-degree and second-degree murder, meaning that prosecutors do not have to choose between the two charges.

Detectives with the Jacksonville Police Department are reportedly working with prosecutors in the Jacksonville District Attorney’s Office as well as investigators with the Naval Criminal Investigative Services because of Snear’s status as an active duty U.S. Marine.

Authorities processed Snear and transported him to the Onslow County Jail. He appeared before a magistrate judge and was ordered to be held without bond.

Jail records say Snear was booked Nov. 24 at 4:56 p.m. and remains in custody.  Court records indicate that Snear will appear before a judge on Nov. 29 during a morning court session in Onslow County.  The case number is 21CR055565.

The Jacksonville Police Department and Jacksonville District Attorney’s Office did not immediately respond to emails from Law&Crime seeking additional details on the case, including the apparent cause of death of the newborn.

Police said the incident is still under investigation.