Texas Mom Slapped With 18-Count Indictment After Allegedly Starving Her Children, Beating Daughter With Dog Leash Until Girl Passed Out 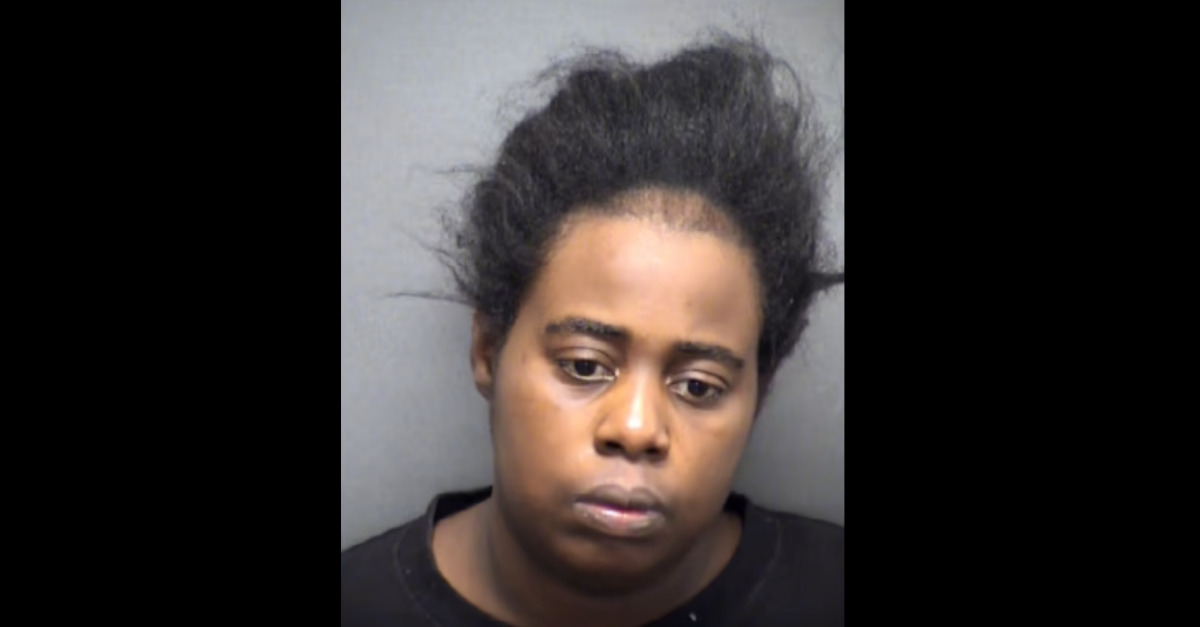 A Texas woman has been charged in a sprawling 18-count indictment on myriad child abuse charges over the treatment of her 9-year-old daughter, who the defendant allegedly punished for being “evil.”

Lakendra Monique Williams, 31, was arrested and charged in February along with her boyfriend Walter Kenneth Hawthorne, 35.  The indictment, however, is dated Nov. 22, court records indicate.

According to the San Antonio Express News, initial charges accused the couple of starving the 9-year-old and beating her with a dog leash until she eventually passed out from the pain. An investigation subsequently turned up a house of alleged horrors and additional accusations involving the maltreatment of other children as well.

The indictment alleges Williams intentionally and/or knowingly caused assault with serious bodily injury to three children under the age of 14 by striking them with her hands, foot, and a chain. According to court documents obtained by the Express News, she also forced her children to kneel on grains of rice and handcuffed them to a bed.

The rice-and-handcuffing and leash-beating incidents allegedly occurred on Feb. 18, 2021, according to local ABC affiliate KSAT.

Later that same day, the television station reports, Williams herself called police because the 9-year-old had lost consciousness and was cold to the touch. First responders noted that the girl was “extremely emaciated” and weighed only 35 pounds. Doctors allegedly told police that such a weight was appropriate for an average 4-year-old — but not for a girl more than double that age.

Doctors said the 9-year-old was “lucky to have survived.”

Police questioned the mother, who said that her daughter had suddenly stopped eating and drinking over the last two weeks. The couple went on to say they only feed their children rice and vegetables.

Skeptical constables asked Hawthorne whether “the victim is capable of starving herself to death in order to get the defendant in trouble and he said yes,” police wrote in their initial arrest report.

Williams allegedly added that her 9-year-old was “evil and just trying to get her mother in trouble.”

The girl was taken to Santa Rosa Children’s Hospital where staff determined that she was suffering from extreme malnutrition. She also had open wounds and visible injuries on nearly all parts of her body and tested positive for COVID-19, police claimed. During her time in the hospital, the girl allegedly told authorities she had been beaten with the dog leash and had been shackled around her feet. Police said physical evidence supported those claims.

When asked about the handcuffing and shackling, the girl allegedly told police that her mother “thinks she steals and doesn’t like her,” police alleged.

Hawthorne was indicted in May but was subsequently determined incompetent to stand trial in August – though his case is still pending. He and Williams are both being held in lieu of $100,000 bail in a Bexar County lockup facility, court records indicate.

The indictment also says the mother “had a legal duty to act and failed to do so in that Williams failed to provide food, water and shelter to her children.”