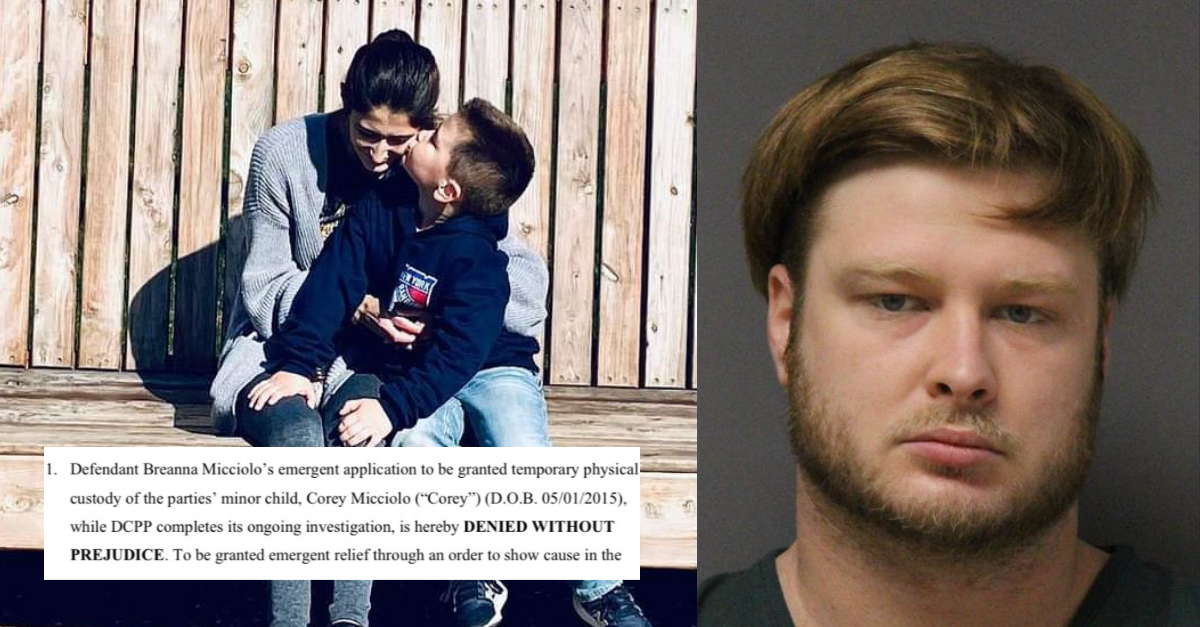 Christopher Gregor (right in a mugshot from Ocean County Jail) is charged with murdering his son Corey (pictured with mother in a photo provided by family) just hours after a judge denied Bre Macciolo’s request for custody (inset).

A New Jersey man accused of dropping his son off at the hospital covered in bruises before fleeing the state has been charged with first-degree murder, prosecutors announced this week.

Christopher Gregor, 29, is accused of beating 6-year-old Corey Micciolo to death on April 2, 2021.

These charges come in the wake of the Ocean County Medical Examiner determining that Corey died as a result of “blunt force injuries with cardiac and live contusions with acute inflammation and sepsis.”

The young boy’s death came one day after the court rejected an emergency filing from his mother, Breanna Micciolo, seeking custody of her son.

She had been in contact with the New Jersey Department of Child Protection and Permanency (DCPP) for close to a year at that point, as emails she sent to the agency confirmed.

Micciolo informed DCPP in one email from July 2020 that her son had been coming home with bruises, scrapes, black eyes, and even a “bite mark” for almost a year.

In that email, she also took issue with the DCPP practice of questioning Corey whenever he was at his dad’s house, explaining that “he’s afraid of his father.”

She continued to send updates. Then, on the advice of her caseworker, Micciolo took Corey to see a pediatrician the day before his death.

Medical records viewed by Law&Crime reveal that the boy was covered in bruises, and that he told the doctor that some were from falling on a treadmill and others from playing on turf.

Corey broke down at one point while explaining how he sustained some of his injuries. The boy “Became tearful when he asked me to promise not to tell anyone what he said,” read the report.

Micciolo told Law&Crime that there were several bruises that Corey did not explain that day. She added that there were no signs of internal injuries or bleeding at that time.

Corey’s cause of death (above) included internal injuries.

One day before Corey’s death, Micciolo filed an emergent application seeking custody of her son pending the completion of an ongoing DCPP investigation. The judge ultimately ruled against Micciolo, stating that her request failed to “demonstrate that the minor child is in danger of imminent or irreparable harm.”

Micciolo told Law&Crime she had no choice but to drop off her son the following day with his father.

Later that day, she claimed, Gregor called her to say their son was “lethargic,” and that he took him to the hospital.

Micciolo said she had been preparing to meet the two at a medical office on the advice of Corey’s pediatrician to determine what had been causing the boy’s injuries.

Instead, she found herself desperately searching for her son.

“He did not tell me which hospital and then just left. I was still trying to figure out where [Corey] was. I found out that he had passed away,” Micciolo told Law&Crime.

She now wants to see DCPP and others face consequences for their actions.

“I did everything. I told them, I filmed his bruises, I recorded him telling me and my sister and my mother what his father was doing,” said Micciolo. 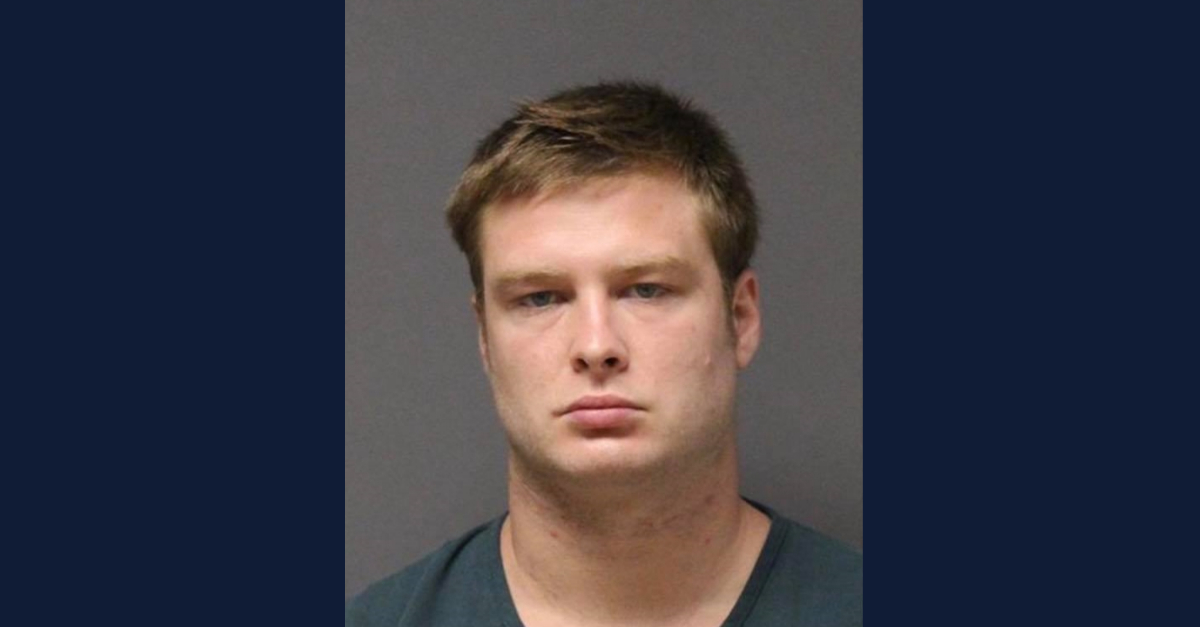 Gregor (above in his new booking photo from Ocean County Jail) denies ever abusing his son.

After dropping his son off at the hospital, Gregor left the state, authorities said. He returned three months later and was arrested by police.

By that time, a video emerged from March 20, 2021 showing Gregor and the boy in the gym of his apartment building.

Micciolo told Law&Crime that Corey could be seen running on the treadmill in the video as his father kept increasing the speed. Gregor allegedly picked him up and placed him back on the machine when the boy fell.

“Corey said that his dad told him he needed to run faster because he was fat,” said Micciolo.

An investigator described Gregor as appearing to bite his son on the head at one point.

Prosecutors said in the press release that Gregor was first charged in July 2021 with endangering the welfare of a child, in connection with the March 20, 2021 incident.

“Though initially lodged in the Ocean County Jail, Gregor was subsequently released as a consequence of New Jersey Bail Reform,” prosecutors said.

Now charged with murder, Gregor is being held without bond at the Ocean County Jail, awaiting his first court hearing.

He has denied ever hitting or abusing the boy. But Gregor downplayed the boy’s injuries and said the boy needs to be “tougher,” according to texts sent to Micciolo and viewed by Law&Crime.

Gregor’s defense attorney called the case is “tragic” but insisted his client is not the one to blame.

“As I have stated from the outset in July, Mr. Gregor had nothing to do with the death of this child. Although tragic, it must be remembered that the mother was not given custody of her own child for a reason,” Mario F. Gallucci tells Law&Crime. “It took Ocean County prosecutor over eight months to finally find a forensic medical examiner; they had to pay to agree with their narrative. Once I receive the medical examiner’s reports, the county, and the hired gun, our expert will review it. Then the real reason behind this child’s tragic death will finally be revealed.”

Gregor faces the possibility of life in prison if convicted as charged.