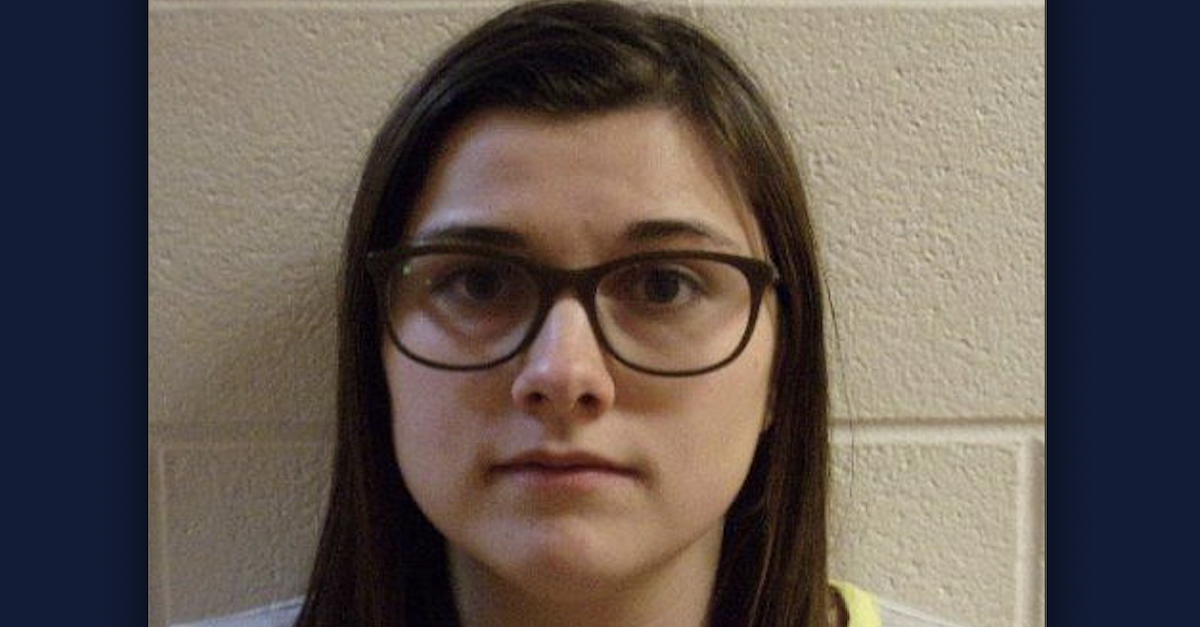 An Indiana woman who struck and killed three young siblings as they crossed a road to board their school bus was released from prison early this week. Alyssa Shepherd, 27, was released from the Rockville Correctional Facility on Wednesday after serving just over two years of her four-year sentence, court records reviewed by Law&Crime show.

Shepherd in the early morning hours of Oct. 30, 2018 failed to stop for a school bus on Indiana 25 next to the Meiser Mobile Home Park despite the bus idling with its stop-arm and lights fully activated, the South Bend Tribune reported. As she passed the stationary bus, Shepherd struck and killed 9-year-old Alivia Stahl, as well as her 6-year-old twin brothers, Xzavier Ingle and Mason Ingle. The collision also left a fourth child, Maverik Lowe, severely injured. Lowe was not related to the other three children.

These are the photos of 6-year old twin brothers Xzavier and Mason Ingle and their 9-year old sister Alivia Stahl. They died after they were hit while trying to get on their school bus. Absolutely heartbreaking. pic.twitter.com/V7tZdlavTz

Shepherd told investigators that she “saw something in the road, but did not realize it was a bus until it was too late,” according to the South Bend Tribune.

In December 2019, Shepherd was convicted on three counts of reckless homicide, one count of criminal recklessness for aggressive driving resulting in serious bodily injury, and one count of passing a school bus with the arm extended resulting in serious bodily injury, court records show. Fulton Superior Court Judge Gregory L. Heller ordered her to serve a sentence of four years in prison.

Shepherd was initially slated to be released from prison in September 2022, but under Indiana’s state law governing jail credit, her sentence was reportedly reduced by six months after she completed a Bible study course offered by the facility.

Following her release from prison, Shepherd must serve three years of home detention, during which she is required to wear a GPS-monitored ankle device. She must then serve an additional three years of probation.

Brittany Ingle, the mother of the children killed in the crash, expressed her anger at Shepherd’s release in an interview with South Bend ABC affiliate WBND-LD.

“She saw me screaming over my dead children’s body and showed no mercy,” said Ingle, reading a message that sounded like a victim impact statement. “Alyssa Shepherd not only stole the lives of my three children, she destroyed my family.”

“I’m still kind of in shock. We knew this day was coming. We just didn’t expect it to come this fast,” she added.

Ingle also expressed dismay at Shepherd’s alleged lack of accountability for the deaths of her three children.

“I mean she literally has not accepted the role of responsibility for my children’s death,” Ingle reportedly said. “She’s had enough time, if she cared enough to reach out or write a letter or have our attorney. I mean, she’s done nothing to you know, advocate for school bus safety.”

The children’s grandfather, Michael Schwab, told the South Bend Tribune that Shepherd’s release is a painful reminder that it is the victims’ family, not the defendant, who received a life sentence.

“The story never ends for the family,” Schwab reportedly told the newspaper. “This is a life sentence for our family. Though she was granted early release and allowed to return to her family, there is no early release for our family and the children won’t be returning to us.”

Fulton County Prosecutor Mike Marrs, who previously criticized the sentence as being “too light,” also said Shepherd showed a lack of remorse.

“I can understand if you’re the one doing the time, you want to get out as quick as you can,” Marrs told WBND. “On the other hand, that’s really been the state’s major issue with the case as far as the defendant from day one. We just haven’t seen any remorse.”

Shepherd, who will be allowed to leave home detention for work, will reportedly be working at a coffee shop owned by her parents. The shop was reportedly the site of several protests last year.

“We said from day one, it was an accident. There’s no way she woke up that morning and intended to go run over kids, everyone knows that or should know that,” Marrs said. “But, her actions were reckless and in Indiana if it’s reckless, it’s criminal.”